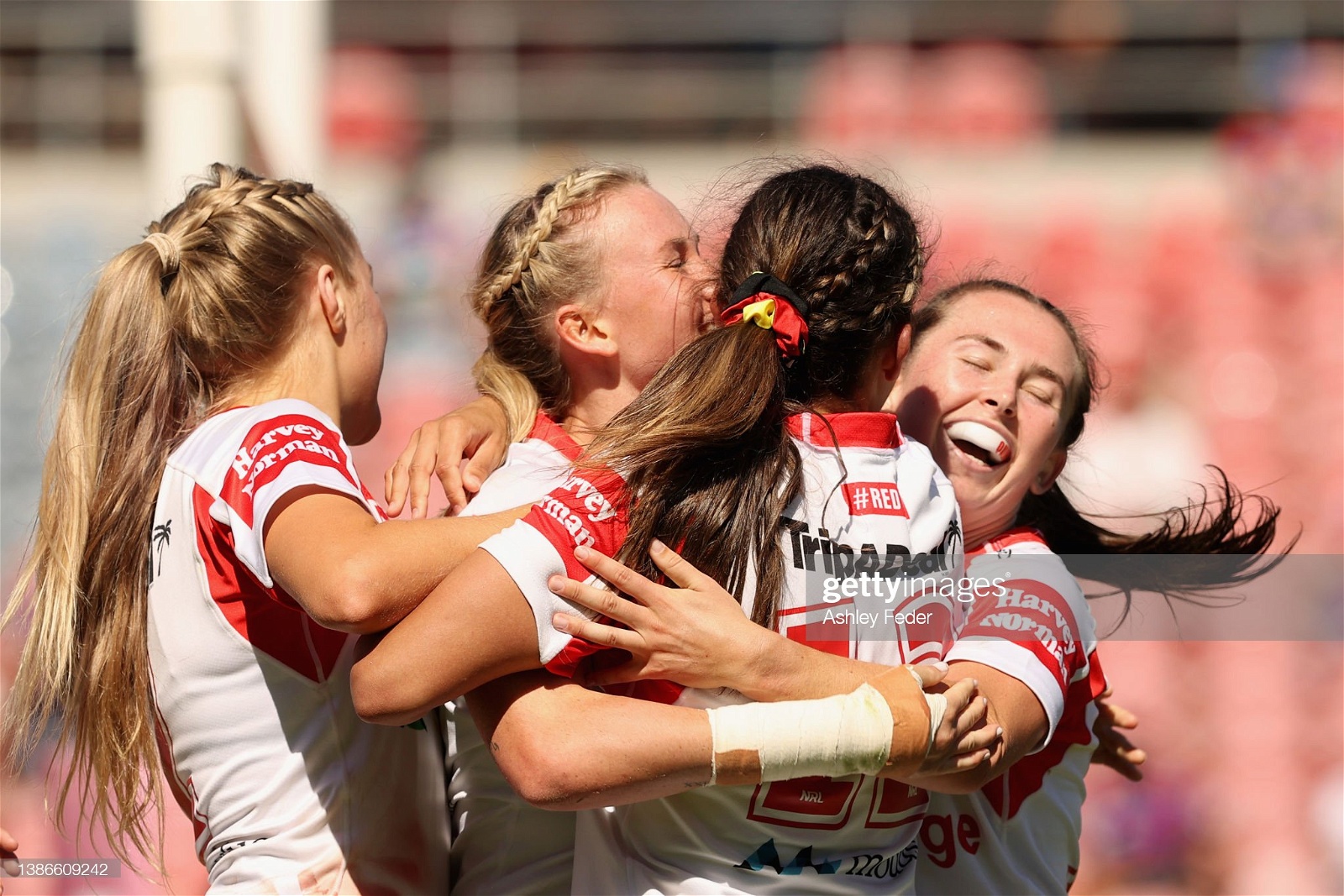 The St. George-Illawarra Dragons have finished a big week in NRLW, with one of the most surprising results with an upset over the Knights.

The St. George-Illawarra Dragons have finished a big week in NRLW, with one of the most surprising results with an upset over the Knights.

The St. George-Illawarra Dragons have finished one of the biggest weeks in NRLW, with a big win over the Newcastle Knights. For the second time in league history, a team other than the Brisbane Broncos are on the top of the ladder.

In addition to this achievement, they have also broken the NRLW record for most points in a match, defeating the Newcastle Knights 40-4.

Newcastle started this match as the stronger team, with Autumn-Rain Stephens-Daly opening the scoring, but that lead did not last long.

The Dragons quickly struck back, with Paige McGregor, Teagan Berry and Madison Bartlett all scoring before the clock hit 20.

Bartlett then followed up with her second try, before and from there it was over for Newcastle.

After this week's results, Newcastle has been forced to accept the wooden spoon for this season, while St. George finds itself in contention for minor premiers.

“We are only looking to each game as it comes, we’re not looking too far into the future” commented captain Kezie Apps.

“It was good to score some points, though i’m down to about my 18th choice of goalkicker” commented Dragons coach Jamie Soward.

This was due to players such as Rachael Pearson and Kezie Apps being subbed out just after half time. Soward confirmed that these were both to get the players some rest, rather than due to injury.

“It was planned, there are bigger games for [Rachael] throughout the year. That’s not a luxury you get all the time as a coach.”

Soward also commended all the teams on how they’ve developed throughout the season.

"We’ve got the Roosters next week, who started slow, but then they’ve got quality players.

“I don’t really care too much about whether people are looking up at us. I just look at the 24 girls in the squad and we just go out there and play.”

“It felt like one of those games where we got into a hole, and then the more we tried to get out of it, it just got bigger and bigger”, Bromilow said.

“There’s a lot of girls who can go ‘i can actually play at this level’, and they’ll go back and keep working on their games. They could turn into ten year NRLW players”.

Despite finals not being a possibility, the discussion for the Knights is still how to win their game next week.

The goal of winning does also come with a secondary goal of building for the future, a goal that has always been in the back of the Knights' minds for this season.

“We’ve played with a lot of young, local talent. The ultimate goal of our club is to breed local talent, then try and recruit the best from outside of our area to try and fill our holes".

With Round Four of the competition completed, this means that the Titans, Eels and Roosters are all competing for the remaining two finals places, and all remaining games are relevant for finals standings.