After getting so close in the postponed 2021 season, the Dragons will aim their sights one place higher in the last season before further expansion. 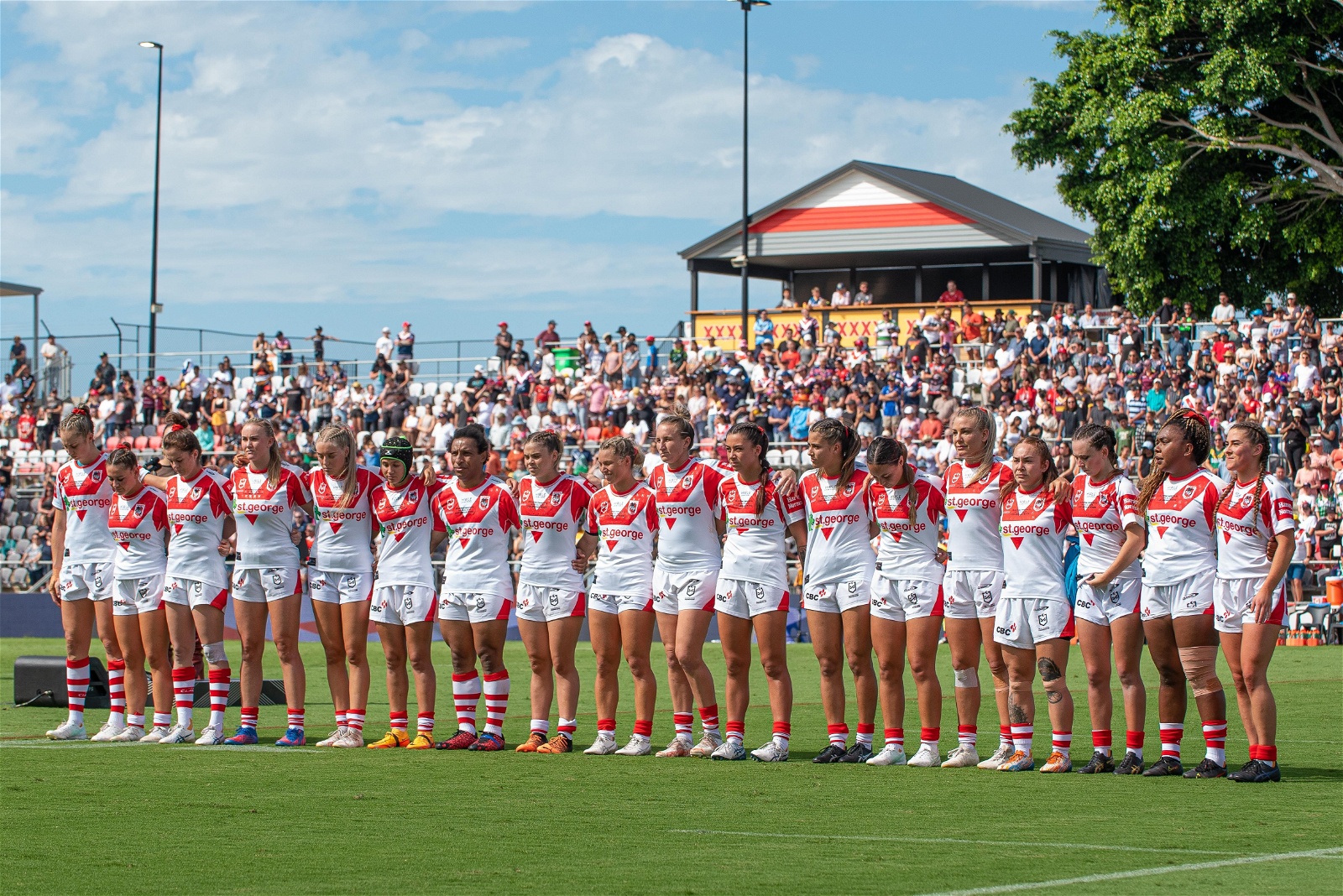 St George Illawarra Dragons return to the NRLW Telstra Women's Premiership this year for their fourth consecutive season, as they aim to win their inaugural premiership this season.

St George showed strong form throughout their 2021 premiership campaign as the runners-up in the 2021 Grand Final, falling short 16-4 against the Sydney Roosters.

In the 2021 season, the Dragons finished the season 2nd overall, only missing out on the minor premiership by 14 points differential to the Brisbane Broncos.

Throughout the season, they put on massive performances, particularly in their Round 4 demolition of the Newcastle Knights, winning 40-4.

They only lost one game in Round 3 against the Brisbane Broncos, falling short in the 22-18 score-line.

The Dragons have retained more players from last season's squad than any other in the competition, with 17 members set to return in their 2022 campaign.

Coach Jamie Soward has recruited seven relatively low-key signings for the new campaign, but his retention of the Dragon's impressive spine is a crucial factor this season.

Taliah Fuimaono and Rachael Pearson's partnership blossomed late last season; hopefully, that partnership, alongside Keeley Davis and Emma Tonegato, will carry through to this year.

With the club losing leading NRLW try scorer Madison Bartlett to the Titans in the off-season and Jaime Chapman to the Broncos, the Dragons will need to hope that their reliance on the 17 squad members retained is enough.

Last season the Dragons saw a lot of struggle in their impact off the bench, particularly in their Grand Final performance. While Kezie Apps and Elsie Albert set the tone, the momentum could not keep up when both players were off the field, leaving a large gap in the Dragon's squad.

Cassie Staples will be the player to watch for the Dragons this season. Coming from a six-year stint representing Australia in the rugby sevens, the winger's speed and strength will be a significant gain for the Dragon's edge and provide some extra assistance to their try-line defensive efforts:

Retaining such a huge amount of their squad is a significant bonus for this squad coming into the 2022 season, and should their spine retain such a smooth combination, the Dragons will be the team to beat this year.