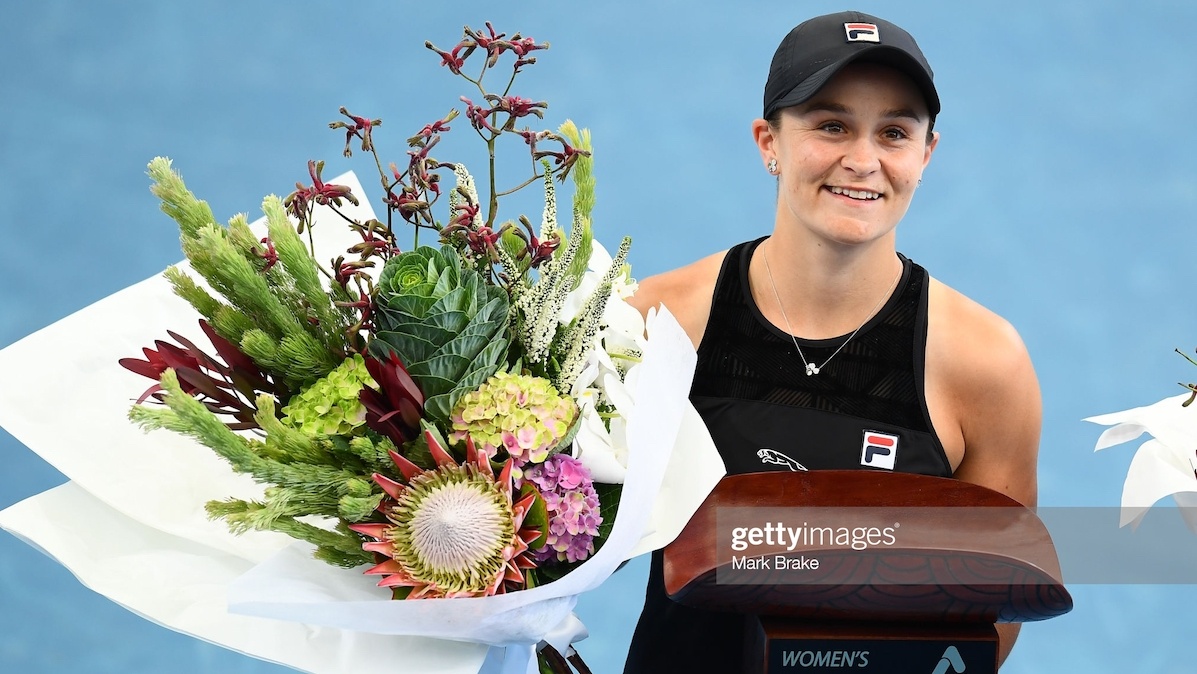 Double the fun at the Ash Barty party in Adelaide

World number one Ash Barty has had double the fun in Adelaide, taking the singles title and then the doubles with Storm Sanders on Sunday.

Double the fun at the Ash Barty party in Adelaide

World number one Ash Barty has had double the fun in Adelaide, taking the singles title and then the doubles with Storm Sanders on Sunday.

World number one Ash Barty has had double the fun in Adelaide, winning the WTA 500 Adelaide International 1 singles title on Sunday afternoon, before going on to secure the doubles with Australian partner Storm Sanders.

Barty defeated Kazakhstan's Elena Rybakina for the individual honours, this marks the third year in a row she has won a title in Australia and her second Adelaide International after she previously won it in 2020.

Hours later she secured her second title for the day, taking the doubles with Sanders againstDarija Jurak Schreiber of Croatia and Andreja Klepac of Slovenia.

After spending an extended preseason at home in Australia, she looks fitter than ever and is in incredible form ahead of her Australian Open tilt.

At her home slam, Barty's best result has been a semi-final appearance two years ago. Just one week out from the Melbourne Park tournament, she is well-positioned to go one further in 2022.

Barty dropped just one set on her run to the Adelaide International 1 title, her opening set of the tournament against Coco Gauff in the round of 16.

Since then, Barty has been clean and clinical, improving each match with a 6-3 6-4 victory over American Sofia Kenin, before blitzing past Polish fifth seed Iga Świątek 6-2 6-4 in the semi-final.

In the final, Rybakina, the seventh seed, pushed Barty in some of her service games but was unable to match the world's best female tennis player.

Rybakina hit her straps in Barty's fourth service game, but could not convert with the Australian serving an ace to save the first of just two break points she would face in this match.

Barty broke to go 5-3 up in the first set and finished it holding to love for the opener.

By the second set, the Australian had warmed up and was striking the ball beautifully to run Rybakina around the court, breaking in the first game.

Rybakina hit some stellar shots to find the corners of the court, but Barty had the answers.

After pushing theKazakhstani to deuce, Barty secured the double break with the superior slice backhand.

Later on Sunday evening, Barty returned to Centre Court at the Drive with doubles partner Sanders for the Women's Doubles final against Croatia's Jurak Schreiber and Andreja Klepac of Slovenia.

In dominant fashion, the Australian pair won the opening set of the final 6-1.

The Australians broke early again in the second set and consolidated, to go up 3-1. They had two chances at gaining the double break but were denied by Jurak Schreiber and Klepac.

A strong service game from Sanders set the Aussie duo up, requiring just one game to take the title.

Jurak Schreiber and Klepac held, forcing the Barty to serve it out. She did so without issue, the Australian's second serve returned into the net, handing Barty and Sanders the doubles title in Adelaide.

It was Barty's 12th career doubles title and Sanders' third, and there is every chance we could see the pair take on Melbourne Park together.