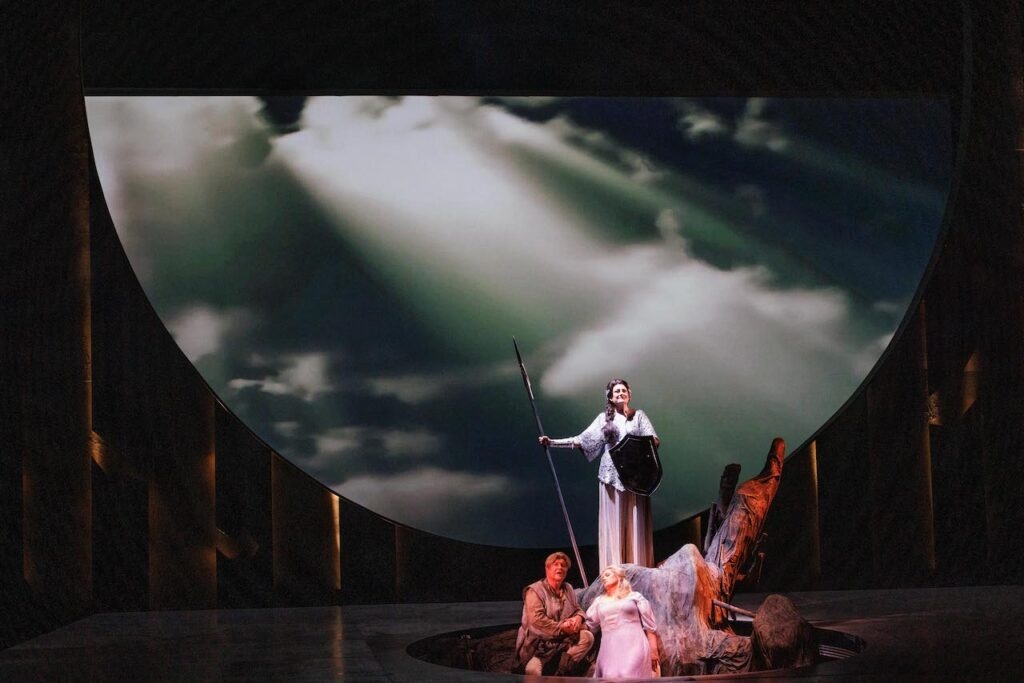 Melbourne Opera's production of the second instalment of Wagner's Ring Cycle,Die Walküre, does right by Wagner connoisseurs and newcomers alike.

For a relative Opera newcomer, the four opera Ring Cycle is the ultimate challenge. It feels like one has to build up to it, to see many operas of gradually increasing lengths and difficulty before one is ready to take on the big one. Kind of like training for a big race or doing a footy pre-season.

However, with the relatively limited options for Opera viewing during the pandemic it seemed like I might come in to seeingDie Walkurea bit underdone.

I felt apprehensive about sitting down for a five hour opera (with 2 lengthy intermissions). Spilling my drink on myself before the overture might have been a bad omen.

But I had reason for optimism too, having enjoyed Melbourne Opera’sDas Rheingoldlast year.Das Rheingoldis like the prelude to the main trilogy of the Ring Cycle.

It is by no means required before seeingDie Walkure, as the plot stands very much on its own.

From the moment the Orchestra started playing, I found myself pulled in by the music and it didn’t let go till the end. Wagner’s music has an emotional power that is able to tap into the audience, making you feel the character’s emotions in a way that words themselves simply cannot express.

He is equally strong at conveying the joy of love as well as pain and torment through his music. It is harder to access the words themselves, both due the nature of the surtitles being translated and the artificial nature of singing even the most mundane of lines.

The German language seems uniquely suited to this subject matter and the core feelings of the characters can be expressed without the audience knowing the content of the words.

The story is one of love and family and the terrible things that can happen when relationships fall apart.

Wotan (Warwick Fyfe) is king of the gods and thus the most powerful being in existence. Yet, he is unable to get what he wants.

He purports to love his children, the mortal Siegmund (Bradley Daley) and the valkyrie Brunnhilde (Zara Barrett), but his actions or inaction threaten to destroy everything.

Warwick Fyfe expertly conveys the conflicting and tortured character of Wotan, particularly so in the 3rd act scenes with Zara Barrett. Zara grows in to the role of Brunnhilde as the opera proceeds, culminating in the climatic scenes with Wotan that bring the drama to a crescendo.

Siegmund and his sister Sieglinde (Lee Abrahmsen) find love despite her marriage to the slimy Hunding (Steven Gallop). While the incest can hardly shock an audience that is familiar with Game of Thrones and many other contemporary examples, what does shock is the tragedy that unfolds.

The opera shifts its protagonist from Siegmund to Wotan to Brunnhilde.

The change in focus can be confusing as it is not always clear where the opera is headed, as well as the cycle as a whole. This is not necessarily a bad thing as it keeps the audience on its toes about what will happen next.

For a five hour long show, there are relatively few scenes. Performers are on stage for long periods of time having to carry the action with their voice and the whole cast does an admirable job with this challenge.

The music is consistently strong throughout and it is a testament to the compositional prowess of Wagner that it does not lose its hold on you.  I rarely felt that things were dragging because the performances were so engrossing.

The set design is both simple and impressive. Utilising three main settings for each act of the opera, from the giant tree in Act 1 to the wonderful scene transition to Valhalla. Andrew Bailey manages to deliver a wow factor without distracting from the drama taking place on stage.

The direction allows the drama of the story to take precedence over elaborate staging. This conscious decision works perfectly for this production which doesn’t need any gimmicks. I lack the qualifications to critically judge the conduction of the opera, except to say that the pacing felt appropriate throughout and Anthony Negus’ control of the orchestra was impressive to behold.

The most famous piece of music in the opera is the Ride of the Valkyries at the start of the third act. Having waited for it all evening, it did not disappoint, the thrill of the music in that sequence is undeniable.

The one downside to a live performance is one cannot simply rewind to play it again.

I found myself seated next to a gentleman who told me that he had been seeing Wagner for fifty years, including some twenty ring cycles, six in Bayreuth at the opera house that Wagner built specifically for his operas. He commented quite favourably on the production and if someone who has seen that much Wagner thinks highly of the show then they must be doing something right.

I certainly hope Melbourne Opera are able to stage the remaining two parts of the Ring Cycle over the next couple of years.

I will definitely be in attendance if they do and would recommend anyone who is thinking of taking up Opera to give it a look. Maybe do a bit of Opera training first, but as I found it is much more accessible than you might think.

Wagner’s completeRingCycle (includingDie Walkure) will be performed at Ulumbarra Theatre, Bendigo for three full cycles over six weeks from 24 March until 1 May 2023.Tickets are currently on sale.