Californian bedroom-pop artist mxmtoon has released a new single 'victim of nostalgia', as well as the details of a new album out on May 20 and a debut Australian tour in October. 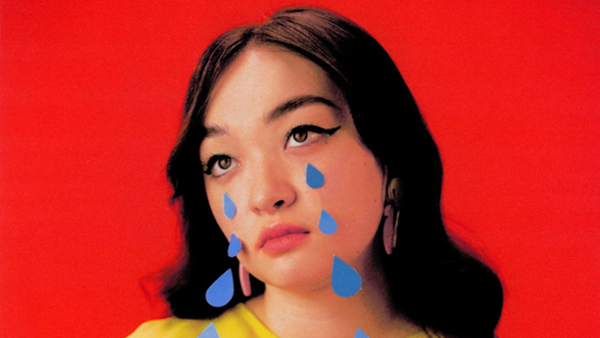 mxmtoon has shared her latest singlevictim of nostalgiaas the release date of her forthcoming album nears, with the singer announcing the details of her debut Australian tour scheduled for later this year.

The California-based singer-songwriter, born Maia, mxmtoon has put out her latest trackvictim of nostalgia, the third single from her upcoming sophomore albumrising, following the previously-releasedmona lisaandsad disco.

The newly-released single,victim of nostalgiais a song that examines time, and how quickly it moves around us without us realising until it's too late, with the bedroom-pop artist explaining the meaning behind the track.

“A lot of us have fallen victim to that feeling that time moves too quickly. I feel like I blinked one afternoon and suddenly found myself fully cemented in adulthood, wildly unprepared to take on the future and desperately wishing I could go back in time," she said.

"victim of nostalgiais about missing the blind optimism and warmth that’s so much easier to experience when you’re younger. Wanting to escape back into a time when your worries weren’t so pervasive. Looking into the future can be daunting, and I know I’ve personally really struggled with how fast years can feel in the grand scheme of things.

"I hope one day it’ll feel easier to accept the passage of time, but for now I definitely find myself as a victim of nostalgia.”

mxmtoon's forthcoming albumrisingwill be released on May 20 on AWAL, each of the 12 tracks showcasing a strong return for the 21-year-old, with a more dynamic and danceable side of her work.

Each newly-released song, culminating invictim of nostalgia, previews the mxmtoon's musical journey and evolution, especially in the midst of the last two years, collectively arguing that growth is never done and that rising is a beginning and restart all in one.

Getting her start in music in 2017 when she began posting videos playing original songs on the ukulele to YouTube - she cracked 100,000 subscribers in 2018 and currently has 906,000 -, her growth as an artist through a period of uncertainty, worry, woe, loss, and hope, each feeling contributing to ageing at large.

However,risingis set to deliver a bold and compelling release for mxmtoon that looks to dive into the hardest lessons of those recent dark days and opts to surge forward through triumphs of pop and disco confessionalism.

The new album will be supported by mxmtoon's debut Australian tour, playing all-ages venues in each of Melbourne, Sydney and Brisbane, in a string of shows that also includes Auckland. The tour begins on October 4 at the Recital Centre in Melbourne, before moving to the Metro Centre in Sydney on October 6, and the Triffid in Brisbane on October 9.

On coming to Australia for the first time, Maia expressed how excited she was to play shows to her fans, and what she expects from her time in Australia.

"I’m so excited to be able to come to Australia this October! I've been wanting to play shows there for so long and it feels crazy that it’s finally able to happen," she said.

"I am scared of the bugs though, I heard they are really big, so I may need some help!"