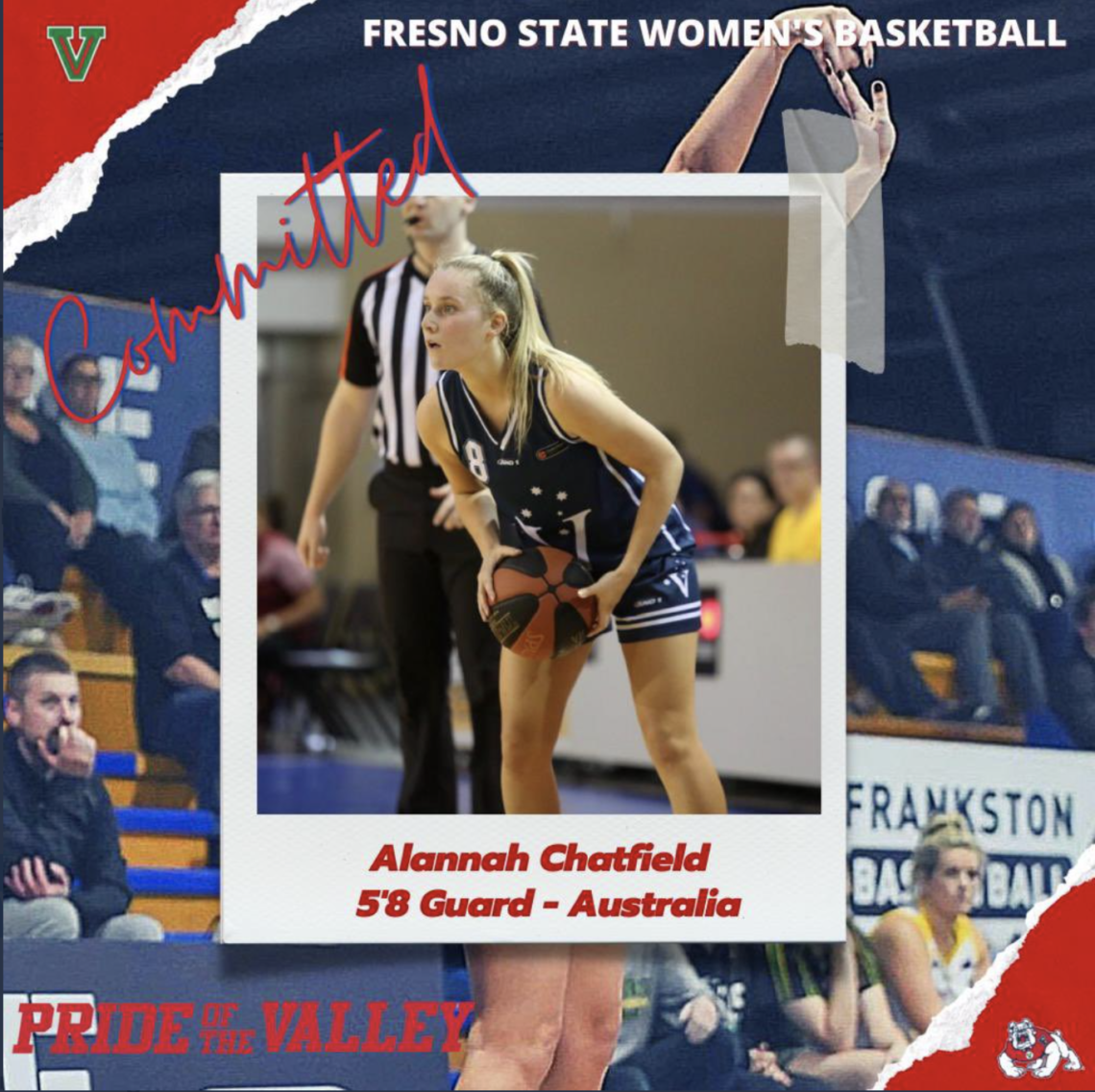 On January 25, Alannah Chatfield announced her commitment to the Fresno State Bulldogs (California) on Twitter. Before she flipped to Fresno State, Chatfield originally committed to Loyola Marymount (California) back inApril 2021.

The 172 cm shooting guard played for the Dandenong Rangers in NBL1 for the 2021 season and showed signs of true guard potential whenever she hit the court.

WNBL POWER RANKINGS: WHO SOARED AND WHO DIDN’T?

Back in 2019, Chatfield was selected in the BoomersWNBL academy squadprior to the 2019-2020 season and theU-18 Victoria Metro Team.

What can she bring to Fresno State?

Chatfield is a sharpshooter who succeeds in catch and shoot. Her quick release enables her to get the shot up even with defenders attempting to clamp her. She can create off the dribble enough to get space and launch her shot whether it's from beyond-the-arc or the midrange. When she's not shooting, Chatfield is driving to the basket and converting layups off of screens or after a fake with ease.

Fresno State has a plethora of talented guards with high three-point percentage but the team as a whole doesn't favor the three ball. Chatfield's known success from beyond-the-arc will add a true three-point threat within the realm of talent.