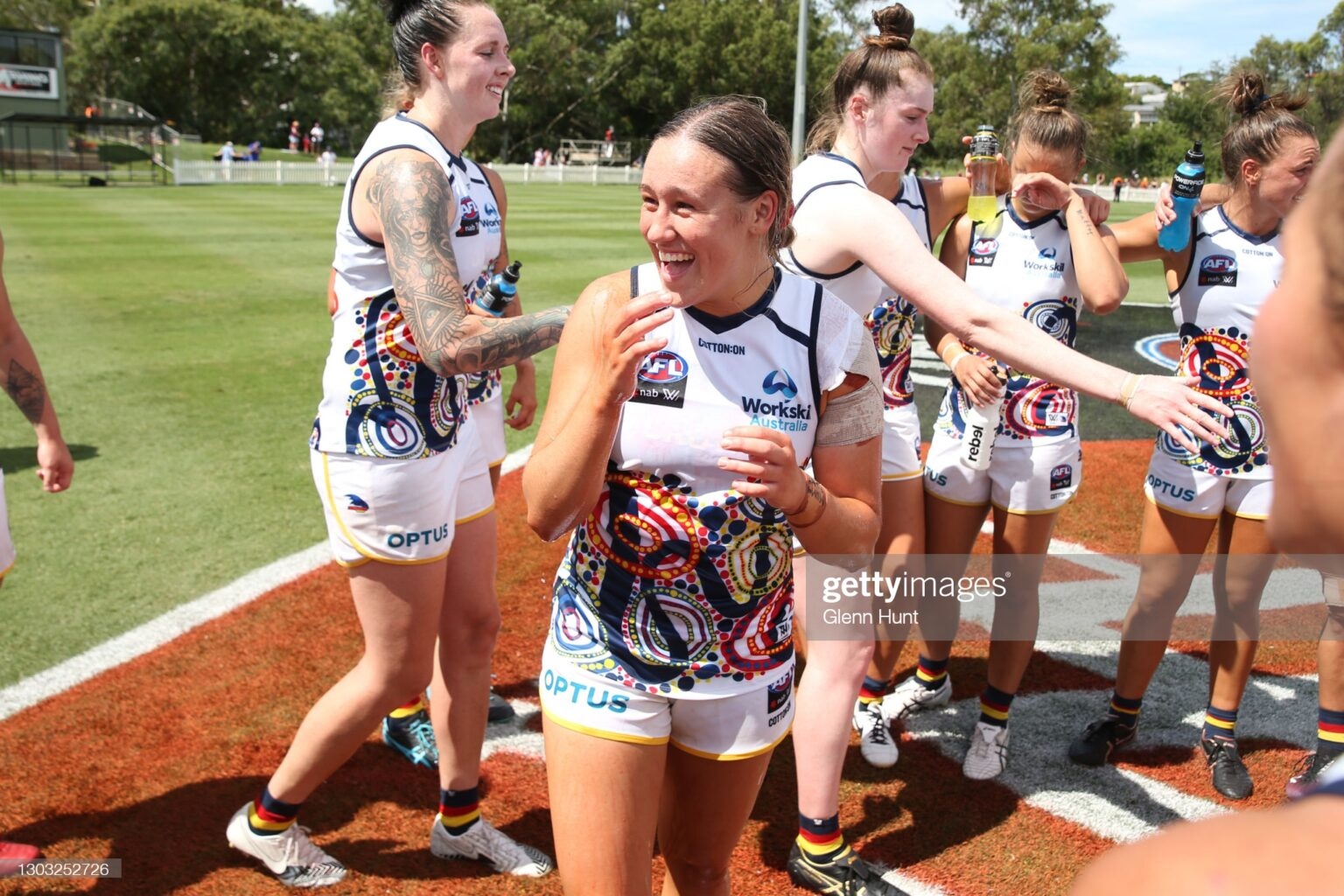 The Adelaide Crows are looking forward to their chance for revenge in Round one of the AFLW season, as they look forward to the AFLW grand final rematch.

The Adelaide Crows are looking forward to their chance for revenge in Round one of the AFLW season, as they look forward to the AFLW grand final rematch.

The Adelaide Crows are ready for Round One, and the grand final rematch against the Brisbane Lions, and are looking forward to getting their season off to a strong start.

While the Crows were dominant for much of last season, on the last day of the year, they were unable to take their third premiership. The Lions, quicker on the day, were able to control the game and win the grand final on their third attempt.

Missing Chelsea Randall and other key players, the Crows made no excuses for the loss, but have steeled themselves to do better this season.

In her second season at the club, Hannah Munyard has not been part of the rivalry with the Lions for long, but she feels the same desire to dominate the season opener.

"We're all busting to beat them," Munyard explained on Friday.

"They're our biggest rivals at this stage, [with the Crows] going down in the grand final last year.

"I wasn't a part of the team [that day], but I did play them in Round 4 and I personally love playing against the Brisbane girls. They're big rivals and it's a lot of fun, but we are dying to beat them.

"It's going to be a great game and we're very excited."

Munyard was part of the team that beat the Lions in Round Four last season, as the Crows won by two goals.

Munyard had a career-high 9 disposals that day, along with three marks, and followed it up the next week with another strong performance against St Kilda, in what was her best two-game performance of her career.

EDGE OF THE CROWD’S AFLW PREDICTIONS

The Crows have had a slightly disrupted preseason, as Covid-19 restrictions have affected preparations. Having not played any practice matches, and aside from simulations, they have had little match practice.

Munyard believes that the two-time premiers will still be ready to hit the ground running.

"I think we're very prepared," she explained. "Considering we haven't had a trial game, I'd say we've been working our butts off and doing match sim [simulation] as much as we can.

"We've had a couple of intra-club matches at training as well, so I'd say we are very prepared.

"We are probably more nervous, but I wouldn't say that's going to impact anything in terms of how we perform. I think Doc's [Crows coach Matthew Clarke] got us very prepared as a group."

Munyard attributed the nerves to it being the start of a new season and having spent the back half of last season on the sidelines last year. Once the ball is bounced, she was confident that the nerves would disappear quickly.

"Last season when I came out, I had a lot of injuries, and I wasn't able to get the full preseason in I needed to play out a whole season last year," Munyard said.

"I worked really hard on getting fit and just working on sharpening up my hands and skills.

"I've been working really hard on that this preseason, and hopefully I'm ready to go and will be able to pump out a full game."

Munyard and the Crows will take on the Lions to start their season on Sunday, January 9 at Flinders University Stadium.

The 2022 AFLW season starts with Richmond vs St Kilda on Friday 7 January at Skybus Stadium.