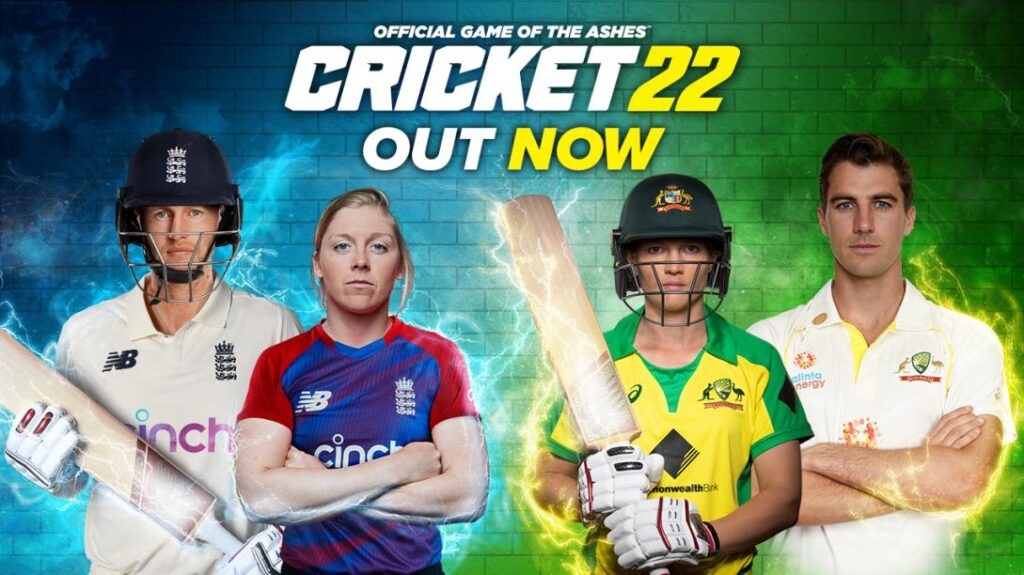 Cricket 22 it’s like being run out on 99: almost there but not quite

Cricket 22 is the newest instalment in Big Ant's cricket series, Edge of the Crowd is here to give you a rundown of all the action.

Cricket 22 it’s like being run out on 99: almost there but not quite

Cricket 22 is the newest instalment in Big Ant's cricket series, Edge of the Crowd is here to give you a rundown of all the action.

FIFA, 2K, and Madden are the pinnacle of sport simulation video games; unfortunately, Cricket 22 doesn’t come close. Having said that, it was never going to come close.It is unfair to compare those billion-dollar games to this smaller Australian and French collaboration.

That is hardly any fault of Big Ant, though; few studios in the world could compete with EA. The budget isn’t the only issue in this game, while it tries hard, there are obvious flaws.

Creating a cricket game is tricky enough with Big Ant recreating, Test, One Day, T20 and The Hundred. This is something FIFA would never need to worry about with football being the same all over the world.

In terms of gameplay, cricket will always struggle to keep up with the pace of basketball or football. By its very definition, cricket is a stop-start game, which can take away from the immersion. Batting and bowling both feel like mini-games within a larger game, this isn’t entirely a bad thing, but it does take away from that immersive feeling.

Batting in Cricket 22 feels suited to T20 batting more than the longer forms; blocking the ball hardly works, and when it does almost feel like nothing has happened. Lofted shots seem to be the surest way of scoring, this is especially true in Test matches where significant gaps are often left in the field. One major issue I found was a lack of responsiveness from the AI, fields rarely change to combat the type of shots that the batters would play.

Batting can at least be enjoyable though, whereas bowling is repetitive. While you can control speed, the types of delivery and swing using the aftertouch feature, it feels almost as if wicket-taking is random. You can plan a way to get a batter out, but it seems to make virtually no difference.

While this can be bearable in shorter formats, longer formats can be tedious and simply a load of clicking thumb sticks backwards and forwards. The shorter formats are where you will really be drawn, with T20 cricket being just about as much you can take in one sitting.

AGE OF EMPIRES IS BACK WITH A HEALTHY DOSE OF NOSTALGIA

One area where Cricket 22 has made a clear improvement over the previous instalments is the career mode. You now have the ability to control more of your player’s career, whether that be training, physio, gym work, or sponsorship deals. You also have more control over teams you play with, and the cut scenes provide you with a much more immersive experience while they can be repetitive.

Importantly, Big Ant has invested significantly in the player likeness and licensing. While the academy and editors are still available to users, it will certainly need less work with Australia, England, Ireland, New Zealand, and the West Indies being licenced along with the Big Bash, Caribbean Premier League and The Hundred.

The commentary leaves a lot to be desired, while the line-up is incredible; Michael Atherton, David Gower, Isa Guha, Mel Jones, Alison Mitchell, and Ian Healy are just some of the top tier talents to lend their voices to the game.

Unfortunately, though the lines rarely match up with what is happening on the field, while commentary is one of the more expensive areas to get right, it is well worth the investment. I found myself often playing the match on mute and listening to something completely different.

One special shout out must go to the developers and the writers of the commentary. They have decided to go for gender-neutral terms, which allows a more open and embracing environment for all. Importantly it also opens the game up for a female audience to go along with all the female teams that are available to use.

This is one area where Big Ant is way ahead of EA or 2K, who are still failing to integrate women’s sport into their games to the same degree as the men’s game.

Then, of course, we had the unfortunate case of the game being delayed to get former Australian captain Tim Paine off the front cover due to his sexting scandal. To be honest, it could have done with a bigger delay; the day one release was full of bugs and needed a bunch of fixes. Thankfully a month or so on from release, many of those issues are fixed that being said, the Big Ant team are still working hard to get things right.

Overall, this is a definite improvement from Cricket 19, which means it now takes over as the best cricket game you can buy. While Big Ant has a lot of work to do particularly on the graphics and bowling fronts, this is a more than playable game for cricket lovers. If you are looking for a FIFA level game, this won’t be it, but you are in for an enjoyable time.