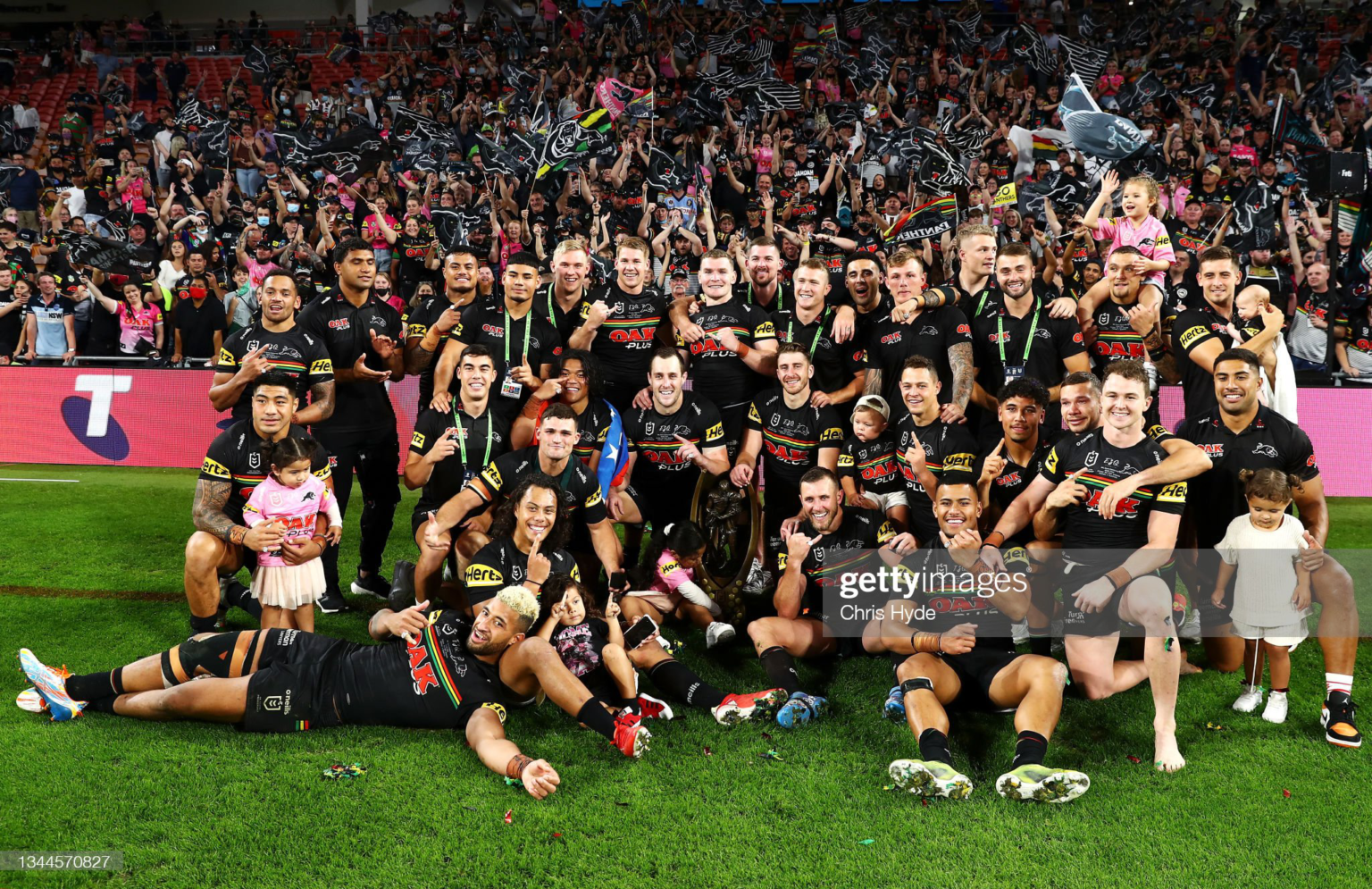 With the NRL 2022 season fast approaching, let’s take a look at who we think will make the eight this season.

The dragons are one of the few really exciting prospects coming into this season after a stellar off-season recruitment drive. The additions of Jaydn Su’a, Tautau Moga, Francis Molo, George Burgess, Moses Mbye, Moses Suli, Jack Gosiewski and Aaron Woods, all add a whole new look to the side, bringing with them a substantial amount of talent, depth and maturity.

This year, dragons’ fans have something to really be excited about with the additions of these new players which adds to compliment their already talented young roster. With Anthony Griffin in charge and a host of young talent ready to rip and tear, such as Bud Sullivan, Junior Amone and Tyrell Sloan, the main obstacle for the Red V will be consistency throughout the season.

If Hunt and Amone are able to form a real partnership in the halves, the Dragons should be able to find themselves at the end of the regular season most likely in the bottom half of the eight.

With new head coach Craig Fitzgibbon at the helm and some handy off-season pickups including Cameron McInnes, Dale Finucane and Nicho Hynes, the Sharks look destined to crack the eight in 2022.

Even though a few questions regarding positions still remain regarding the Shark’s offence, such as will Nicho Hynes be able to play consistent football in the halves partnered by Braydon Trindall? Will McInnes and Finucane be able to bring some experience to the squad? And can Matt Moylan, Connor Tracey and Brake Brailey all find some form? If so the Sharks will be hard to beat this year.

The 2016 premiers will most likely edge their way into the eight as long as they play consistent football.

This is a tough call considering Souths are coming out of a grand final year in 2021, however, the grand final hangover seems to cast a huge cloud over their 2022 season. Having lost superstar coach Wayne Bennett and marquee player Adam Reynolds in the offseason, Souths have also lost Benji Marshall, Jaydn Su’a and Dane Gagai.

Having lost the amount of talent they did is one thing but don’t underestimate the experience and leadership they also lost.

Replacing Reynolds will inevitably be tough, but in addition to the exit of Wayne Bennett, Souths have been left extremely vulnerable. With new head coach Jason Demetriou at the wheel, he will have the task of steering his key players in Latrell Mitchell, Cody Walker, Cameron Murray and Damien Cook into another final’s series.

However, this task will be far harder than it may seem. Souths still have absolute strike power all over the field but are unlikely to replicate their 2021 season.

The Eels seem to enter the 2022 season with the exact same squad as 2021 having no real new recruits, which begs the question for the eels, isn’t doing the same thing over and over again and expecting a different result the definition of insanity?!

However, it still must be mentioned that Paramatta does have a star-studded line-up again this year which includes the likes of Mitchell Moses, Clint Gutherson, Isiah Papalli and Reed Mahoney. The key for the Eels in 2022 is yet again consistency. The club is on their biggest premiership drought that dates back to the mid-’80s and having been knocked out early in the finals series last year it’s hard to see that not happening again for them.

If Brad Arthur is able to turn the tide in Parramatta, the Eels can definitely make it deep into the finals series but again the proof is in the pudding for the eels.

When talking about Manly’s 2021 season successes, only one name really springs to mind. Tom Trbojevic. The favourite son of the northern beaches pulled them out of one of the clubs worst starts to a season, (0-4) and steered them into becoming a genuine premiership threat.

Along with the development of key players such as Josh Schuster, Jason Saab, Haumole Olakau’atu and Brad Parker, the Sea-Eagles look dangerous going into this season. If all of their young guns find form, senior players such as Daly Cherry-Evans, Jake Trbojevic and Kieran Foran lead their spine, and Tom Trbojevic puts up even half the stats he did in 2021, Manly will be a huge threat to anyone in the comp.

The Sea-Eagles look destined for another great year in 2022, and without injury could go far in the finals series as well.

It’s incredibly hard to place the Roosters anywhere outside the top four in recent years. Whilst 2021 according to the stats may not have been their best, the Roosters are still always in the hunt.

The 2021 season threw up numerous challenges for the Roosters thru, severe injury blows, retirement and of course scandal. However, even with the retirement of several club legends, a team coached by Trent Robinson that includes players such as James Tedesco, Joey Manu, Angus Crighton and the likes are hard to put anywhere but the top four.

Including their already existing star-studded line-up, the Rooster have also recruited Connor Watson, Paul Momirovski and Kevin Naiquama, all of which are handy editions to the team.

All of this combined with the return of star halfback Luke Keary and young star Sam Walker in the halves will again create for the Roosters a genuine premiership contending spine.

Yet again in 2022, the Bellamy coached Storm seemed destined to be premiership contenders. Setting numerous records in the 2021 season and just narrowly missing out on another grand final the Storm will be out for blood in 2022.

The losses of Josh Addo-Carr, Dale Finucane and Max King, bundled with some off-season scandals have given the Storm fans some headaches in the past few months. However, with the recruits of Xavier Coates, Nick Meany and Josh King, alongside Jahrome Hughes, Ryan Papenhyuzen, Brandon Smith and Nelson Asofa-Solomona, the Storm will still have their eyes firmly set on the grand final yet again, in 2022.

A team coached by super coach Craig Bellamy is always in the hunt and will be on it again in 2022.

This season yet again all eyes will be on Penrith, as they aim to navigate their way to their 3rdgrand final in 3 years. Coming off a premiership can leave teams with a ‘hangover’, however, there seems to be no such thing happening at Penrith going into 2022.

Having retained most of their talent that won the 2021 grand final, the Panthers seem to be the clear favourites to win it again in season 2022. The father-son duo of Ivan Cleary and Nathan Cleary has proven invaluable for the club, and with Nathan playing consistent football and arguably not even in his ‘prime’ just yet, the Panthers will look to go all the way again in 2022.

Whilst Cleary will miss the first few weeks of the regular season due to off-season surgery if the Panthers are able to play consistently without him during this time and the Origin period, the Panthers will aim to break even more records and really start building a formidable dynasty at the foot of the mountains.

There is so much to look forward to with the kick-off for the 2022 season right around the corner.