Five teams to keep your eye on at the Commonwealth Games

The Commonwealth Games are now just around the corner, and there will be plenty of team sports to pay attention to. 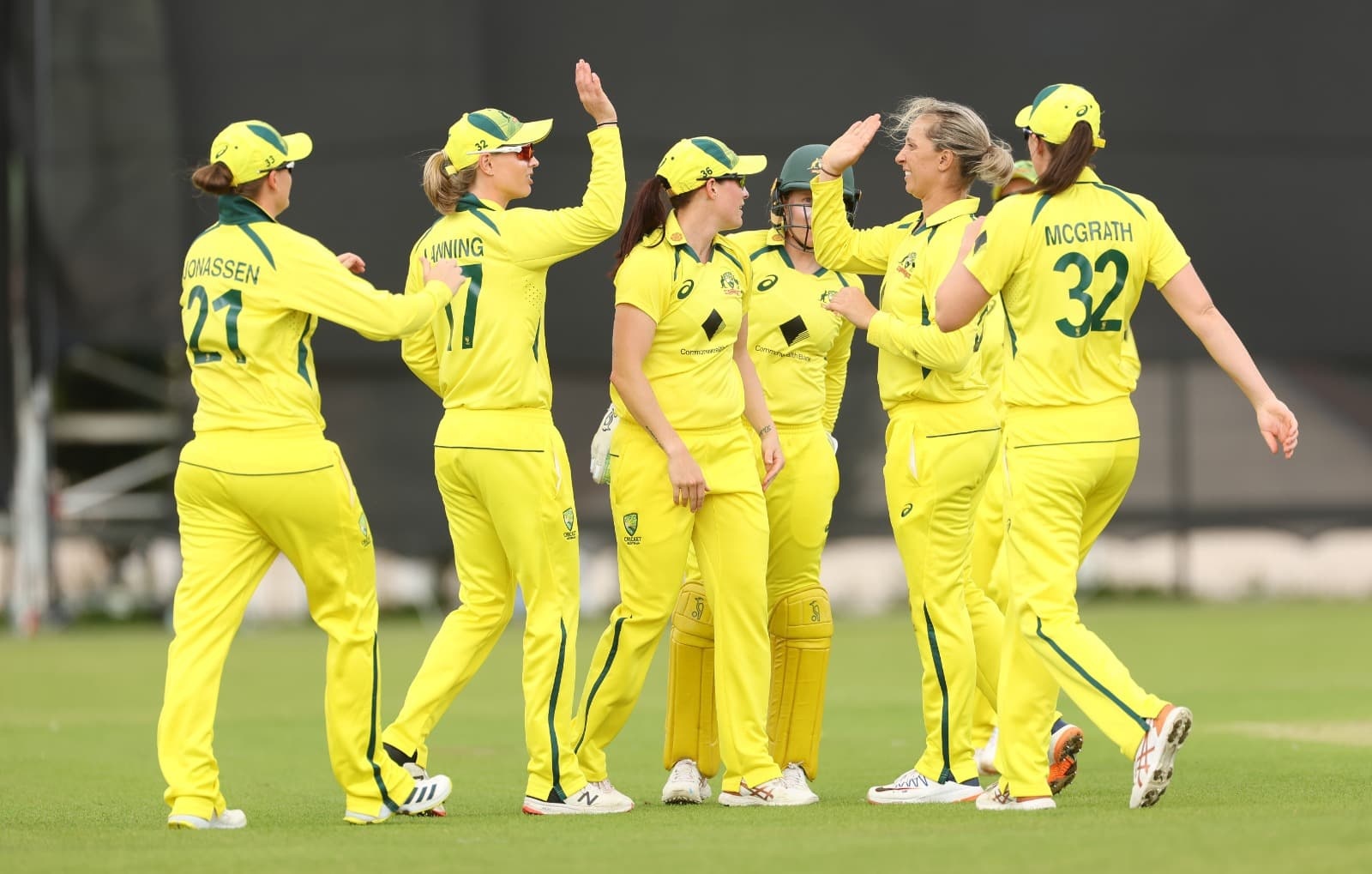 The Kookaburras will be looking to continue their massive winning streak at the Commonwealth games at Birmingham after winning gold at every games since the sport’s introduction in 1998.

Recently, their results have been a mixture of wins and losses after getting three wins from five matches against the strong Dutch and Spanish teams in friendlies this month. Luckily for Australia, those teams obviously don’t play in the Commonwealth Games. However, the Aussies will still have to compete against some solid sides in New Zealand and India.

Eddie Ockenden: for the best part of 16 years, the Tasmanian superstar has been dominating international hockey for the Aussies, playing mainly in the defence.

In 2020, Ockenden surpassed the legend, Jamie Dwyer for matches playing with Ockenden, now having played for the Aussies 387 times. With him now 35 years of age, there is a chance this is the last time we see Ockenden in the green and gold, and he will undoubtedly want to take home gold.

Andrew Charter: In hockey, it’s simply impossible to keep your eyes off the goalkeeper, and there is almost no better in the world than Andrew Charter.

He’s now been between the posts for Australia 199 times, including taking home the 2018 Comm Games gold and the 2020 Olympic silver medal. The Canberra native will be the difference between whether Australia can play a more defensive and safe game or if they have to play aggressive hockey.

The Kookaburras come into the Comm games as massive favourites, having not dropped a goal in a Comm games final since 2002. Coming up against New Zealand in the group states will be difficult, although if they can get through the Kiwis, the top spot in the group will likely be theirs.

Besides the Kiwis, India should be the biggest challenge, with Indian hockey now having the world’s premier competition. Australia will be pretty confident no matter who they are against, having such a good record. Australia will undoubtedly medal, although gold is never a guarantee.

There is perhaps no more dominant team in world sport than the Australian women’s cricket team. This will be the first time women’s cricket has been included in the Commonwealth Games, with the men having played in 1998 with Steve Waugh’s Aussies winning silver.

With Australia having won their last five T20I matches in a row and the most recent T20I World Cup, they will be highly confident. With all the major nations coming to the Comm Games, there will be plenty of competition, although the Aussies this tournament as the clear favourites.

Tahlia McGrath: She may have only played nine matches in T20I cricket for Australia, but Tahlia McGrath has simply been sensational. Having only been required to bat four times in those nine matches, she now averages 247 with the bat at a strike rate of 156, numbers never seen in the women’s game.

She is also very handy with the ball, which has led her to take the spot of Ellyse Perry, something that would have seemed impossible just a couple of years ago.

Alyssa Healy: She may be much more experienced than McGrath, having played 127 matches, but there is no doubt she is just as important. As well as some excellent glove work, Healy will be instrumental in setting the pace at the top of the order.

Unfortunately, her most recent scores haven't been great, having just passed double figures twice since September 2020. She stands up in the big moments, though. Who can forget her amazing 75 in the World Cup final at the MCG?

Coming off a recent fifty-over World Cup win in New Zealand and some good performances in Ireland against the home side and Pakistan, Australia certainly goes into this series as the favourite. They are set to come up against India, Pakistan and Barbados in the group stages.

Each of those matches should be pretty comfortable wins. The biggest challenge will be when they come up against England, who have also looked good in recent games against South Africa. Much like the Kookaburras, the Aussie women should medal, but of course, gold is never guaranteed.

This will be the first time 3x3 is included in the commonwealth games. So it'll be an exciting prototype of the sport on this type of stage. 3x3 has grown increasingly in popularity, with its time limit, score limit and fast-paced action making for compelling viewing.

So with an emerging sport like this, we need to ask Australians, do we have a serious chance? Considering our recent 3x3 Asia Cup gold medals, these lads have an opportunity back-to-back golds in a matter of months.

Daniel Johnson- It's pretty hard to look past height in basketball historically. The tallest listed player confirmed to be playing at this year's Commonwealth Games is the 212cm giant himself, Adelaide 36ers big man, Daniel Johnson. Not only is he the tallest man on the court most of the time, but he's also one of the most skilful, boasting a composed touch from 3-point range and a variety of skills and finishes around the basket.

Johnson isn't afraid to get mixed up defensively either, with his great length lending him superior shot-blocking ability in the 3x3 format. Johnson was an integral member of the 3x3 Asia Cup gold medalists.

Jesse Wagstaff- The 36-year-old 203cm veteran is no stranger to the big stage. Wagstaff is one of the most decorated NBL players of all time. He has been an essential part of 6 Perth Wildcat championships, and his presence in the 3x3 team is integral to its success.

Wagstaff is and always has been known as a sharpshooter. He hit the most 2-pt (long range in 3x3) field goals for Australia in the Asia Cup, and was our leading scorer for the tournament. The crafty forward has a nice handle on the ball, excellent shooting and a tenacious attitude that men many years his junior would envy.

There's no question about the talent, experience and mental fortitude of Australia's 3x3 men's team. Their confidence will be high with three players from the Asia Cup gold returning for the Commonwealth Games.

Between the size and physicality of our team members, it'll be difficult for the competition to compete, but after the Asia Cup, the silver-medalist New Zealand Tall-Blacks will be looking for revenge.

Additionally, there's something to be said about the home court advantage the English team will have and the talent known for coming out of Canada. It'll be an exciting tournament to view, and the Aussies are in with a great shot at the gold.

The Australian Diamonds will have a sense of unfinished business when they take the court at the Commonwealth Games. After coming agonisingly short of the gold back in 2018 due to a goal after the siren from England's Helen Housby saw the Diamonds come away with the silver medal on the Gold Coast.

Since Netball was introduced to the Commonwealth back in 1998 in Kuala Lumpur, the Diamonds have won four gold and two silver medals.

Gretel Bueta: Despite being a key part of the Diamonds team for the last few years, this will be the first Commonwealth Games appearance for Gretel Bueta. The Queensland Firebirds goaler has proved to be a key inclusion when she returned to international duties after having her son Bobby back in 2020.

With her dynamic movement, she's a hard player to stop which was on show at the quad series back in January with Bueta picking up player of the series. Being able to play both goal attack and goal shooter positions, Bueta brings that element of unpredictability with her lay-up type shots.

Liz Watson: Not only is Liz Watson the captain of the Australian Diamonds. She is a key member of the Diamonds side, especially in the mid court. Watson was one of four players going into the Commonwealth Games that was there in 2018 and has taken her game whole new level ever since.

Watson is great on circle edge, able to feed the ball into the goal circle, especially now that there are strong connections with the likes of Gretel Bueta and Steph Wood on an international level and Kiera Austin, who is her teammate at the Melbourne Vixens.

Watson is a playmaker who controls the play in the Diamonds' attack end, and while it's no easy task shutting down Watson will be the key to opposition teams getting the win.

Australia has a strong chance of taking home the gold this year but will have to be on their a-game to defeat sides like the reigning gold medalists in England, New Zealand and Jamaica, who all look promising going into the Commonwealth Games.

Australia is yet to come home empty-handed when it comes to medals and is expected to medal again in Birmingham. With some strong competition, once the Diamonds hit finals, they can't afford to put a foot out of place.

2022 will be just the second time we see women’s Rugby Sevens at the Commonwealth games, despite the men having played since the 1998 event in Kaula Lumpur.

Last time around, Australia dominated the group stage, winning all three matches, including a 29-12 win over England. Australia looked good through the medal rounds, easily dispensing Canada, but unfortunately, the Kiwis got over the top in the gold medal match. While there are some new faces, the team from 2018 has remained relativity consistent, which should give the Aussies a good chance at a medal.

Demi Hayes: As one of the longest-serving members of the squad, Demi Hayes will provide plenty of runs and some fantastic tackling on the defensive end.

She’s incredibly light and able to get through the defence quickly and has shown that on multiple occasions for the Aussies. Hayes was also part of the Olympics side that lost in the quarter-finals to Fiji in 2020. This time around, she will look to go even further than in 2018 and secure gold.

Charlotte Caslick: She may be just 27 years of age, but she already has an Order of Australia Medal and is the co-captain of this side. She made her debut for Australia when she was just 19 and ever since has been a consistent part of this side.

Having also played in the NRLW, she has plenty of rugby experience that will put her in good stead to take home a medal.

It will be challenging for the Aussies at the Commonwealth Games, while some big nations like the United States won’t be at the games. Australia we have to take on its biggest rivals in Fiji and New Zealand during the tournament.

At a minimum, they should be able to get bronze, but there is no doubt it will take a couple of good performances to get past the strong Kiwis and Fiji, who knocked them out of the 2020 Olympics.