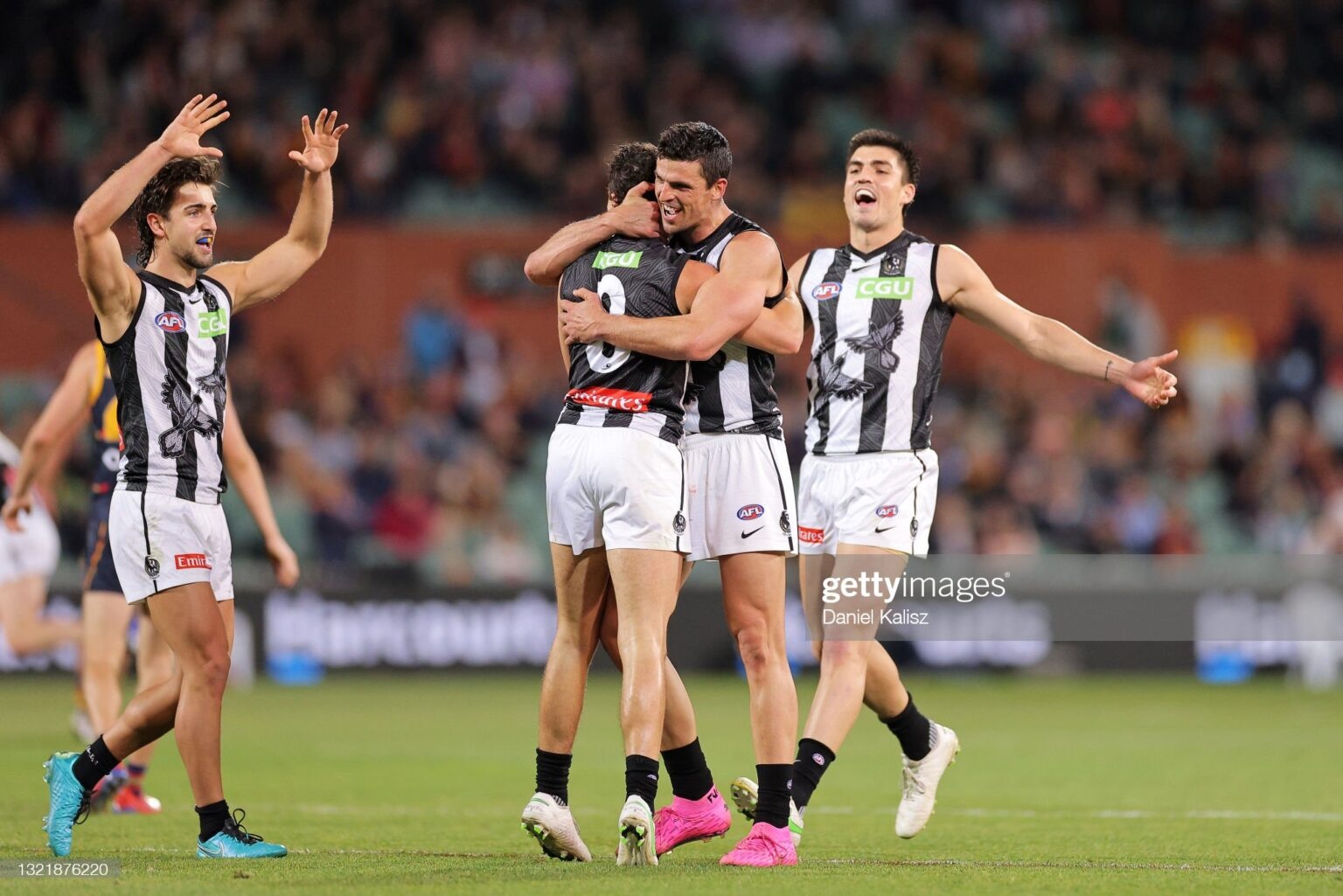 Collingwood have had an up and down last two years but now under new coaching staff and management, are they ready to fly back up the ladder?

Collingwood have had an up and down last two years but now under new coaching staff and management, are they ready to fly back up the ladder?

Collingwood has had an up and down last two years but now under new coaching staff and management, are they ready to fly back up the ladder?

RECAP:Collingwood Football Club is both the most beloved and despised club in the AFL. So, for some, seeing the Pies finish 17th on the ladder in 2021 was a major shock, while for others, it was a huge thrill.

The 2022 preseason was similar to the previous year's season in terms of ups and downs. The selection of Nick Daicos, the last name with hero status at the club, and, of course, the appointment of the new coaching panel, comprised of assistant coaches from Richmond's 2017, 2019, and 2020 premierships, were among the ups.

The Jordan De Goey saga meant that he spent much of his preseason away from the club, which could not have come at a worse time for the club as De Goey was just coming off the greatest form of his career.

HOW CAN THEY IMPROVE?Better entry into the F50 would be beneficial. Last year, the midfield-to-forward connection was at times non-existent. The additions of Nick Daicos and Pat Lipinski, as well as a new key forward in Nathan Kreuger, may help alleviate this issue.

Collingwood scored 111 points in their first official practise match against Hawthorn. This came on the heels of Jamie Elliott's five-goal haul. It was the Pies' highest score since Round 22 of 2019. Coach Craig Mcrae's freshly planned, free-flowing offence appears to be cutting-edge. Injuries to Jeremy Howe and Darcy Moore last season did not help Collingwood's defence, which was ranked fourth on paper in 2020. (Champion Data).

Darcy Moore's promotion to vice-captain is a vital component of the club's off-season restructuring. Scott Pendlebury supplying class off half-back sounds like a brilliant notion, and fans will be curious to see how their club games record holder will fare in a new role in 2022.

The Pies never really looked in it through 2021. A few lazy errors late in games cost Collingwood wins and it really showed late in the season. The up and down of season 2021 proved too much for the Pies to handle and their season, in a nutshell, was, utterly a disappointment.

BIGGEST STRENGTH:COACHING STAFF. When a new coach joins an AFL team, they are met with scrutiny and tough questioning, especially if they are the new coach of the Collingwood Football Club. The Pies have not had a new coach since Nathan Buckley took over in 2012.

Craig McRae will be well aware of the media attention that will be lavished upon him this season. However, based on his media performances thus far, Craig appears to be the consummate professional.

He has officially declared that he, "will not make any comments on player contracts". As a player, you would like to hear that from your coach right away. Because of his controlled choice of words to the media, the direction he appears to be leading this club is unknown, but if the first three-quarters of a six-period game against the Hawks are any indication, it looks dangerous for the remainder of the competition. Brendan Bolton, Justin Leppitsch, and Hayden Skipworth are McRae's assistant coaches.

BIGGEST WEAKNESS:KEY FORWARDS. The Magpies have been clamouring for key forwards since the days of Travis Cloke, and some would argue since Anthony Rocca. Mason Cox and Darcy Cameron have alternated in the primary forward position over the previous few years, but it has never really clicked.

Brody Mihocek has been vital for the Pies, serving as their leading goalkicker for three years in a row. Mihocek, who was born in Tasmania, is a mid-sized forward rather than a classic key forward. This explains why the club has bought in Nathan Kreuger. The 196cm forward was originally picked as a defender, but the Pies are eager to adapt him to the forward position that they are sorely lacking.

RISING STAR:FINLAY MACRAE. The last name says it all. Younger brother to Jack at the Bulldogs and whilst not exactly starring for the Pies in a handful of games last year you can expect Macrae to get some games under his belt through the middle under his new coach. Finlay looks like he has seriously hit the gym this summer and Pies fans can only hope his dedication and hard work pays off throughout the season.

PREDICTION FOR 2022:Collingwood should recover from the major controversies that have dogged them since 2020. With a new-look leadership group and a concentration on moving the ball quickly, I believe many Pies fans will be pleased with the year ahead.