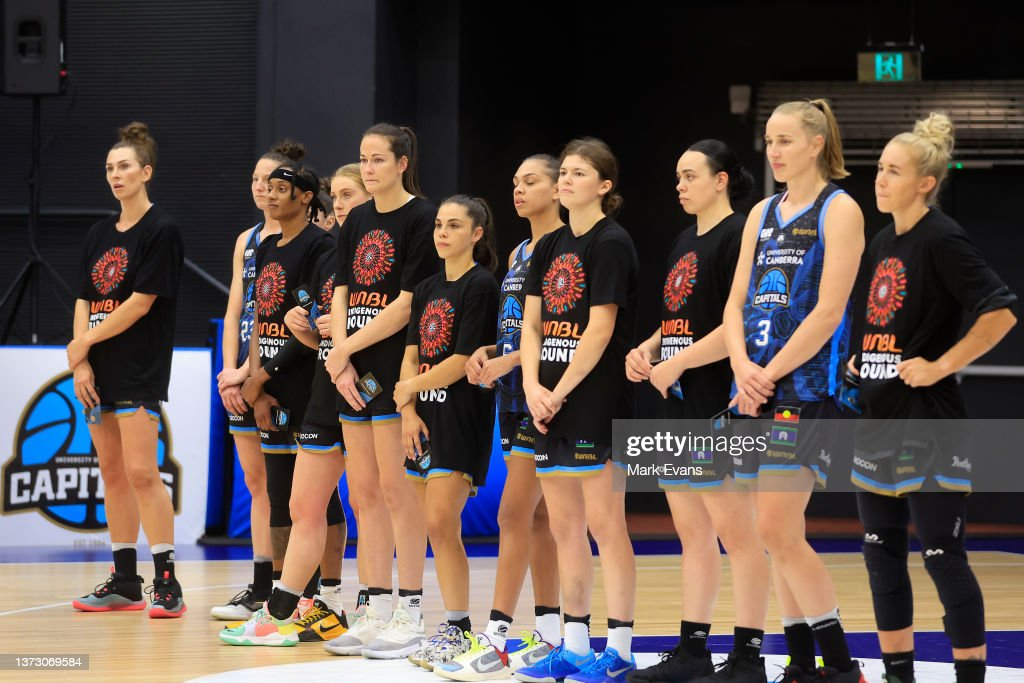 With some dramatic roster changes and what will likely be a season with increased playing time for the younger players, the Capitals will still be aiming to make a finals push.

With some dramatic roster changes and what will likely be a season with increased playing time for the younger players, the Capitals will still be aiming to make a finals push.

It was a strong 2021/2022 campaign for the University of Canberra Capitals last season, with strong performances from import Brittany Sykes and veteran Kelsey Griffin leading them to the finals with a strong 11-6 record.

With new head coach Kristen Veal leading one of the younger sides in the competition, it's bound to be a season of interest with the with their talented youngsters working alongside Aussie veterans Brittany Smart and Alex Bunton.

Their offseason moves also saw the acquisition of some more experienced WNBL talent and with their new overall look, there's perhaps bound to be some more extreme highs and lows this year for the group.

The key to the Capitals success last year was the strong production they got from their US-born players. The aforementioned Sykes, Griffin, Smart and Mikaela Rauf were the top four scorers for the Capitals last year.

However, with only one of those four players returning for the 2022/23 season, the Capitals may be looking elsewhere for offensive production. Additionally, the outgoing Griffin, Rauf and Sykes were also the top three players in rebounding on the team.

The Capitals have brought in a host of new talent from across the WNBL, the USA and the junior leagues to try and fill in this 40 point/20 rebound per game trio and they'll be hoping they've picked the right pieces not only to bring success this season, but assist in the development of their young players.

The strength on the defensive end in terms of defending the paint for the Capitals was an important aspect of their success last season. They averaged over three blocks per game along with over 35 rebounds per game which meant that they had one of the stronger interior presences in the league.

The loss of Griffin will again be a big blow for them as she was a big portion of these numbers. However, the presence of Bunton along with the acquisitions of Pizzey, Cohen and Whittle-Harmon mean that they have some proven rebounding presences in the WNBL to cover that hole.

Moreover, the guards were regularly an influence on the rebounding side of the ball for the Capitals in their wins and they will be looking to lighten the load as the team integrates with each other this coming season.

The most notable weakness for the Capitals last year was one that became rather evident down the stretch in close games. This was free throw shooting, as the team averaged only 70 per cent from the free throw line on the season and sometimes missed important shots in crucial times during the game due to this lack of execution at the line.

Only two players (Wilson and Smart) shot 80 per cent or better from the free throw line with Jade Melbourne being the third at 79.3 per cent. Again, with their off-season acquisitions, the Capitals will be hoping to improve upon this rather important piece of the game down the stretch with Burrell shooting over 80 per cent across her junior and senior years of college.

Pizzey also shot a respectable 75 per cent from the line last season with Melbourne showing signs of becoming a very solid presence at the line moving forward. Tugliach and Cohen are both 70 per cent free throw shooters across their respective careers and will be looking to pick up those numbers to remedy the Capitals woes in this area.

The Capitals have a wealth of intriguing young talent between Tugliach, Solway and Melbourne but taking an import sport at just 22 years of age after being selected ninth overall in the WNBA draft, Rae Burrell will be the young talent to look out for this coming season.

After a strong college career at Tennessee, Burrell was selected ninth overall for the Los Angeles Sparks as they look to invest in future talent. As we've often seen in the WNBL, the young imports and Australian players gain much needed competitive experience and it often accelerates their growth as professional basketball players.

Burrell is an athletic 188cm forward with great mobility, shooting touch and a determined attitude on the floor. She's known for being a willing teammate and an active contributor on both sides of the court and has even played across different positions to benefit the team. This type of versatility after the departure of Sykes is going to be hugely important for the Capitals and Burrell looks like a very talented piece to add to the roster.

The Capitals may struggle early on after losing several key pieces which could mean a difficult season to come. However, their acquisitions have been solid and their mentality will remain the same moving along the season so they will remain competitive throughout.

The University of Canberra Capitals kick off their season against the Bendigo Spirit at the National Convention Centre Canberra on Friday, November 4 from 6.30pm AEDT