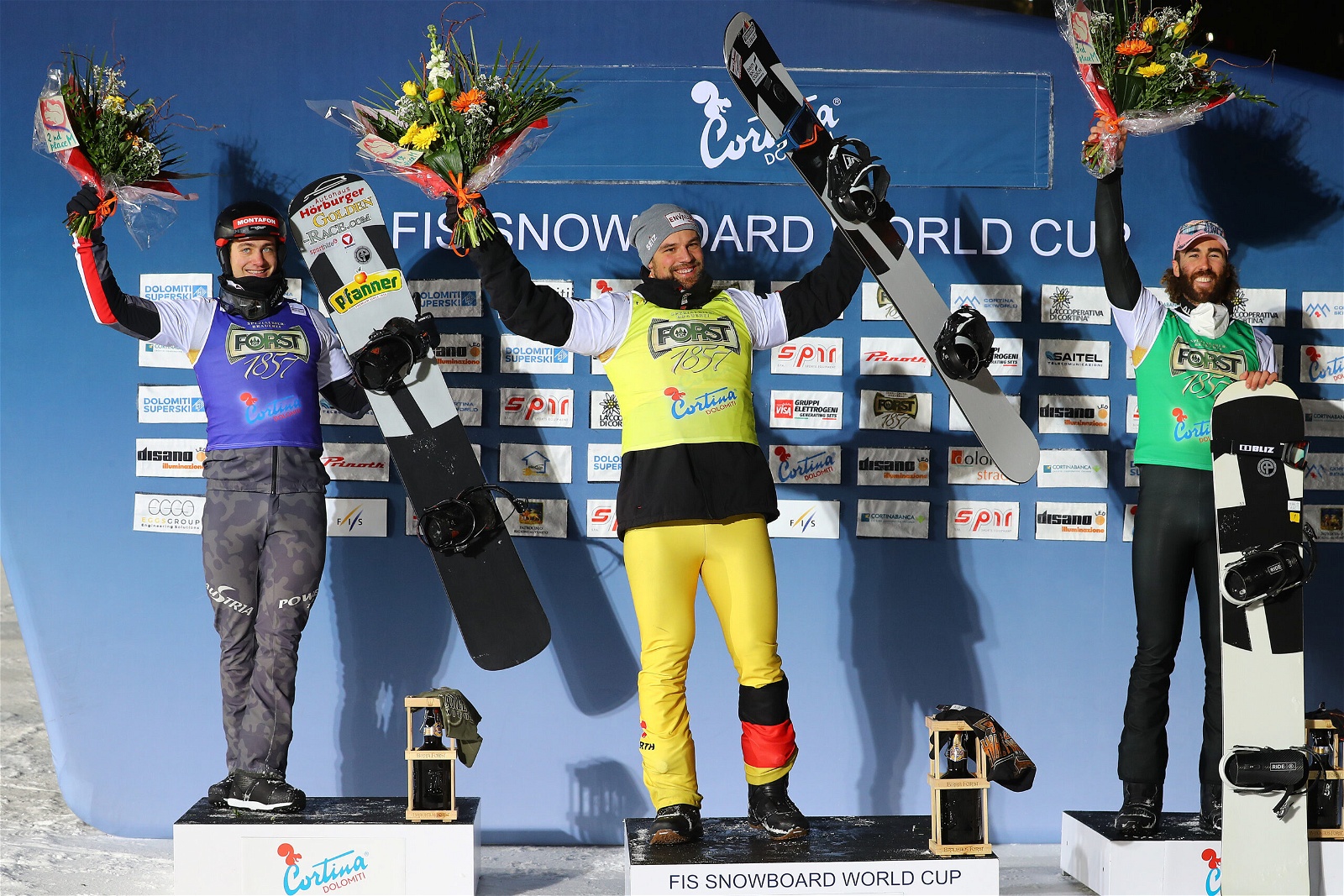 Less than a week out from Beijing 2022, Cam Bolton has landed on his first podium of this season winning bronze at the Cortina d'Ampezzo World Cup event.

Less than a week out from Beijing 2022, Cam Bolton has landed on his first podium of this season winning bronze at the Cortina d'Ampezzo World Cup event.

Less than a week out from the Beijing 2022 Opening Ceremony, Aussie Snowboard Cross rider Cam Bolton has landed on his first podium of this season, winning bronze at the Cortina d'Ampezzo World Cup event.

It was the first night Snowboard Cross event since 2018 and under lights Bolton thrived, qualifying for finals in sixth place and navigating his way into the semi-final with wins in the round of 32 and round of 16.

Chasing his second big-final of the season, the 31-year-old crossed the finish line in second in the semi-final to just qualify.

It was Germany's Martin Noerl's race, leading from start to finish with Austria's Alessandro Haemmerle sitting in second for the majority of the race. Bolton put over a seconds distance between himself and Italy's Lorenzo Sommariva early in the race and the difference was too much to make up, earning the 31-year-old his first podium of the season.

Now sitting in sixth in the World Cup rankings, his performance in Cortina was his fourth career World Cup medal; his previous coming in Montafon, Austria early in the 2019/2020 season.

Following the finish, Bolton said he was pleased to build up momentum ahead of Beijing and enjoyed racing under lights.

“Cortina has put on such an incredible show here, we are under lights, the weather is perfect, it’s a nice still night and we had some really tight and clean racing," he said.

“[I'm] really happy to come away with a podium and finish in third, and build some momentum coming into the games, so really looking forward to the opportunity to race in China in a couple of weeks and feeling good on a snowboard and can’t wait to get amongst it with all the boys and put down some fast laps.”

Bolton wasn't the only Aussie competing in Cortina as Adam Dickson finished in 20th, while Belle Brockhoff, Josie Baff, Jarryd Hughes and Adam Lambert all opted not to compete ahead of Beijing.

The Snowboard Cross athletes are due to arrive in Beijing in the next three days, with competition starting on February 9 in the women's event and February 10 for the men's.