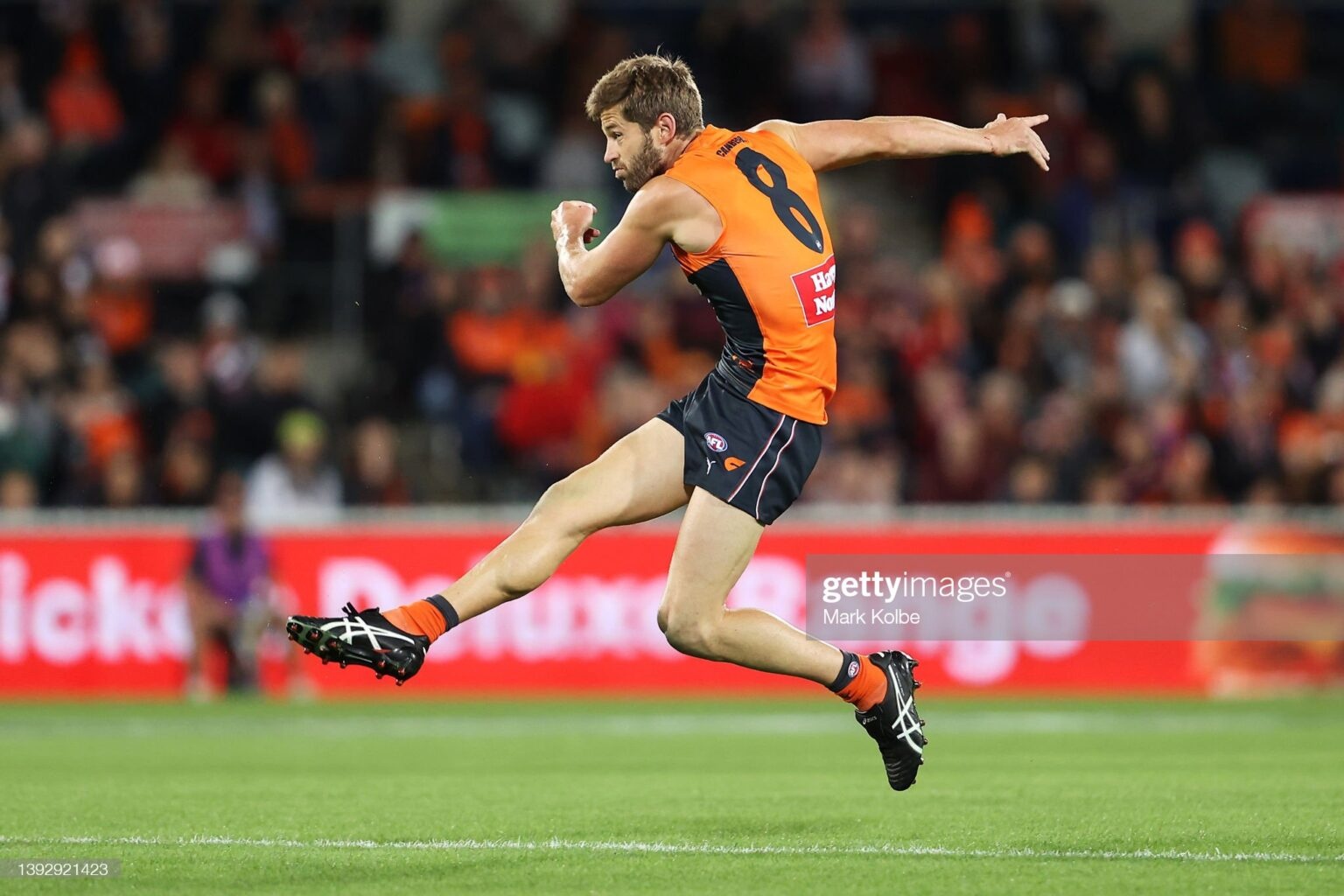 Callan Ward will become the first Giant to play 200 games this weekend. When the club takes on NorthMelbourne at Marvel Stadium, he will reach the milestone.

Callan Ward will become the first Giant to play 200 games this weekend. When the club takes on NorthMelbourne at Marvel Stadium, he will reach the milestone.

Callan Ward will become the first Giant to play 200 games this weekend. When the club takes on North Melbourne at Marvel Stadium, he will reach the milestone. After playing 60 games with the Bulldogs, he was the second player to sign with the then-new franchise.

Speaking to the media today, he said it was the best move for him and his family. “To play 200 games for the Giants it’s a really special moment for me,” Ward said. “It was the right move [moving to GWS], I have definitely enjoyed my time here in Sydney,” he continued.

Callan Ward also credits the move to Sydney for helping him develop both on and off the field. “I’ve had to mature, I’ve had to grow as a person and as a player. I’ve really enjoyed my development here.”

Since leaving the Bulldogs, his former side has played in two grand finals, including their drought-breaking 2016 premiership. Despite this, Ward has no regrets. “Obviously people ask about the premierships, and we haven’t won one, obviously,” Ward said to the press today. “But that’s what we will keep striving to do.”

He continued. “One of the main reasons I came here [to GWS] was because I thought we could win a premiership in 5,6,8,10 years’ time. We haven’t done that yet, but we’ve won plenty of finals in my time here”

Ward is unwavering in his belief that the current squad is good enough to help him achieve his premiership dream. “I think it’s definitely achievable,” he said on Friday. “We have a list that has played a lot of football now,” Ward continued, highlighting the experience in the squad. “We’ve got a lot of young guys who haven’t played too much football, but with plenty of talent. With the right attitude and mindset, I think our list is in a great spot, still.”

NOT GIVING UP ON FINALS FOOTY

It hasn’t been a stellar season for the club. The Giants currently sit in 15th spot on the AFL Ladder with only three wins from eleven games. After having a bye week last week, their next four games are against sides outside of the top eight. That gives the club a significant chance to turn its season around. Ward spoke to those chances. \

“You know our win/loss ratio isn’t great. But at the same time we’ve got some great people at this football club and we’ve built a great culture. With a few changes here and there, I think we will go a long way.”

He also highlighted the need for consistency in the back half of the season, after an admittedly inconsistent first half of the year. “We’ve proven that we can play some really good football. What I wanna see, and what we are all trying to do, is to play more consistently.”

Ward played most of his 200 GWS matches under Leon Cameron. With Cameron now gone, Mark McVeigh is the new man in charge. And McVeigh is implementing some changes that Ward hopes can make final’s footy a reality this season. “We’re trying to play a sort of different

brand since Leon is gone and Mark’s taken over,” Ward spoke about the difference between Leon Cameron and Mark McVeigh, and he intimated that the intensity in training has risen since the caretaker boss has taken over.

“Mark is all about coming in and doing the work really hard.” He also mentioned that the work/life balance was different under the former Bombers star. “[He] gives players time away from the club as well, just to relax and get that balance right”

With a new coach in place and a delightful blend of youth and experience at the club, perhaps Callan Ward and his best moment on an AFL field are still to come. However, it will be of little significance to Giants fans if he realizes that premiership dream or not. As a former captain and the first Giant to reach 200 games for the club, he already has legendary status at GIANTS Stadium.