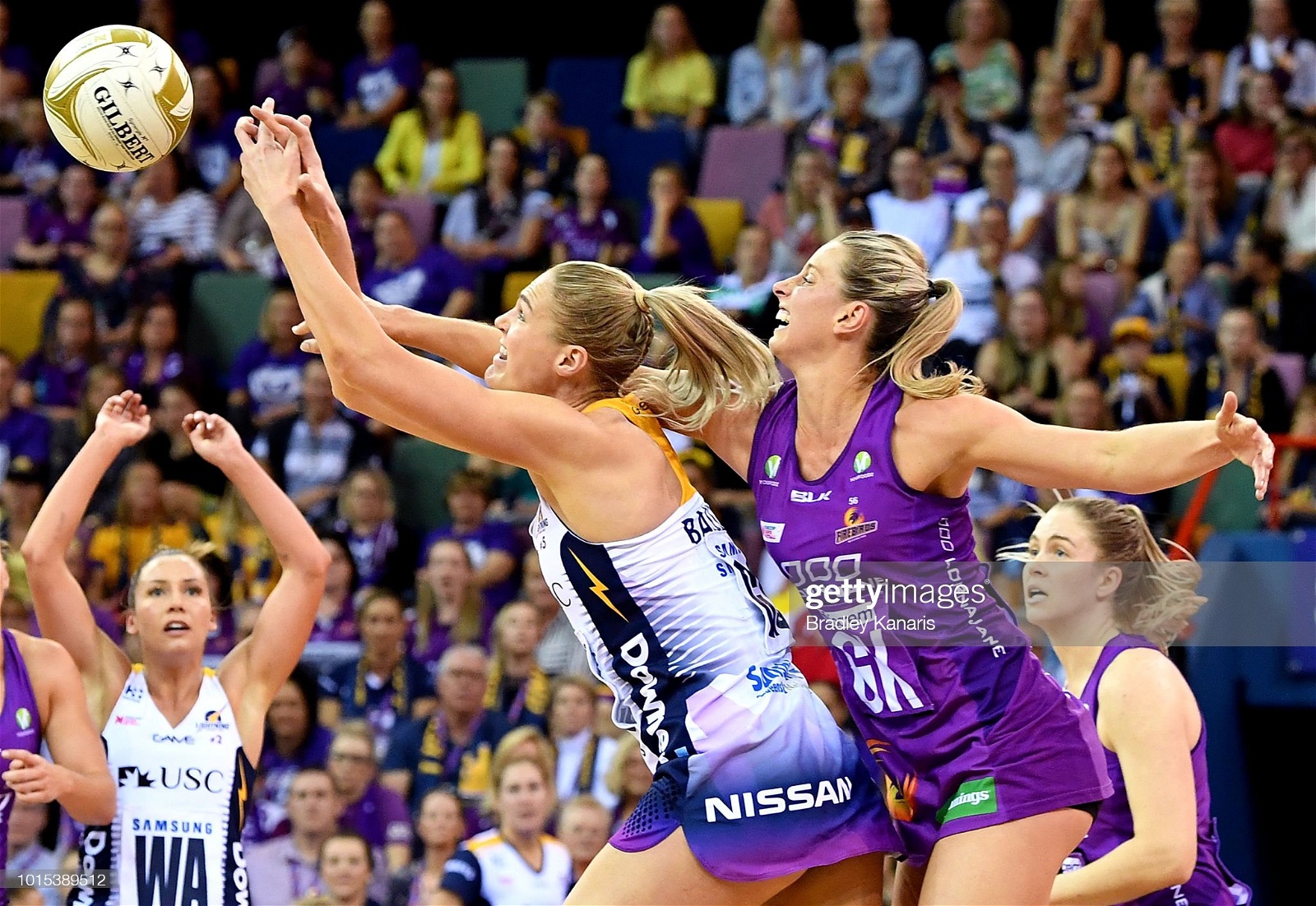 Caitlin Bassett: Looking on the Sunny Side

Caitlin Bassett: Looking on the Sunny Side

As Bassett reflects on her career she always will cherish the time she spent at the Sunshine Coast Lightning but to get there she had to take a leap of faith.

"The two years I lived up on the Sunshine Coast, I really refer back to that as a really positive time in my career,” Bassett toldEdge of the Crowd.

“I remember making the decision and I was so nervous then going to Steph wood’s room because we were on an Aussie tour at the time and she got so excited that all my anxiety just left.

“So from that point from when I relocated and got started with the team and the two premierships and just the friendships and the amazing connection we had with the people on the coast will always be a huge highlight for me.

“To get there I had to take a huge step out of my comfort zone and they’re a lot of people in Perth and Fever fans that were a bit dirty that I had been playing with the team for so long, but I don't regret it.

“I think what I was able to do with lighting and the confidence I gained in my own ability, I was in leadership and I was named Australian Diamonds captain back there I think it was the best thing for me.”

The Lightning won two championships while Bassett was a part of the side and although they were both special, nothing tops winning in front of family and friends.

“Going back to Perth and beating fever in front of my old home crowd and having my family there was pretty incredible, my family didn’t couldn’t come to the first grand final when it was played in Queensland so that one was pretty special for me.

“It was a pretty tough year for us as well, we had some ups and downs. It was off the back of the Commonwealth games which obviously ended up with Silver which wasn’t what we had planned so the confidence for myself and Steph was down at the time but yeah we just made the most of it.

“We had a funny analogy that Noeline [Taurua] used it was like a bicycle and everyone was on this bike and we all had to lean in on different parts to keep travelling along.

"The first year we made it straight through to the grand final which was great and the second year we took our bike on the scenic route which was pretty cool."

To finish off her career at a domestic level, Bassett made the switch across the ditch to play in the ANZ Championship League for the Waikato Bay of Plenty Magic. For Bassett, it was the people she met along the way that made the experience so special.

“If you love netball you’ve got to move to New Zealand and play to experience what pure netball love is.

“They are just so passionate and lovely just to go down to local netball associations, I think my favourite was her name was Silvie, she was a volunteer at Magic where I was playing and her family had built the netball court and the clubrooms and she had been consecutively the head of that netball association for 50 years.

“She was in her 80s and she would carry our ice buckets at the end of the game. She was incredible and so meeting people like that and the culture over there and experiencing Maori culture for me was a great way to wrap up my career.

“Obviously so many games against Australia and New Zealand in the past and I had broken a few of their hearts over the years, it was incredible.”

In 2022, Bassett will be swapping the netball dress for a microphone as she joins the fox netball team for this season. Bassett says she's looking forward to putting her degree into practice.

“I’ve got my broadcast in journalism degree which was really hard to get. It took me 11 years while I was playing professional sport and I really want to put that piece of paper into practice and all the things I have learnt at university.

“I think it’s fantastic for fox sports to take on netball and do something different, we are such an incredible sport and such incredible athletes and it’s great to be able to showcase that and fox and kayo is the perfect place to do it.”

Bassett's career didn’t come without its challenges after a not so happy ending with the Giants and while she didn’t get the fairytale send-off that netball fans were hoping for, Bassett will use those experiences as learnings in her next chapter.

“I think you either win or you learn, you’ve got to use those experiences. When I look back and what I can bring to a business or a company now while I'm looking for work is mental resilience and being able to work as part of a team and working under pressure are things that netball has forced me to do over the years.

“Looking back there were some challenging times but I think getting through those challenging times is what makes life what it is and I can give myself confidence that whatever I tackle in life next isn’t going to be as hard as what I've experienced through my netball career.”

When it comes to what’s next, Bassett's passion lies in the athlete well-being space and helping athletes navigate the challenges that come with being an elite athlete.

Finding a full-time job, it’s a challenge. I've only ever played netball, it’s really hard to work when you’re playing an elite sport especially if you're doing international duties as well.