An inspired and heartbreaking look into heartbreak, loss and love lost by singer-songwriter Joji. 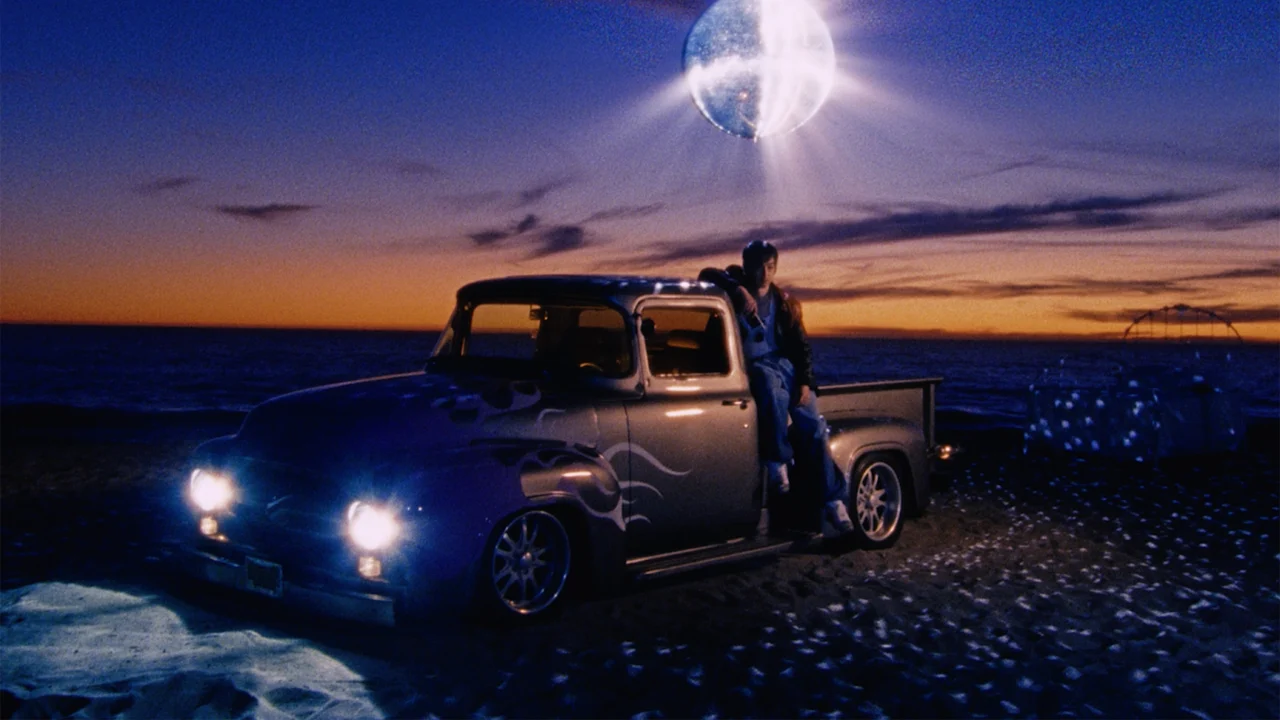 Picking up the pieces after a heartbreak, whatever the heartbreak might be is always tough and quite honestly, one of the few but wildly varied experiences most of us experience as humans.

With his incredible, sublime and quick two-act third studio album, SMITHEREENS; Laneway Festival 2023 headliner Joji decides to unpack the very personal narrative of love lost and the many small transformations of emotion that comes with that.

We open Side A of SMITHEREENS with the emotionally devastating Tiktok-famous ballad and lead single of SMITHEREENS, Glimpse of Us. Pretty fast; we, as The Listener, are made aware that the album we're about to listen to here, is dealing with some heavy emotional baggage.

On the opening track, comparison plays centre stage as Joji croons about the relationship he's currently in; unable to let go or move on from the familiarity and the memories that surround his most recent relationship.

The unspoken and impending doom of a relationship plays loud and true on the second and more-uptempo track on SMITHEREENS, Feeling Like The End, which comes in at a smooth 1 minute and 43 seconds.

It's worth noting that all of Joji's SMITHEREENS is 24 minutes long – but with this album, it's more quality of songs over quantity of time allotted. Feeling Like The End is no exception to the rest of the album – with gorgeous production and lyrics that are rich with emotion.

Second lead single for SMITHEREENS and the third track on offer, Die For You, is yet another gorgeous contemplative piano-driven ballad from Joji.

The last three tracks of Side A serve an important purpose, as they round out the central messages of the album. But each of these three songs here deserves their own individual merits because Die for You, Before The Day Is Over and Dissolve are gorgeous, thoughtfully produced works of music, as is the rest of SMITHEREENS.

Before The Day Is Over has this beautiful, gorgeous piano and gospel-inspired instrumental and then Dissolve is just a wonderful way to close out the five-track run of Side A within the world of SMITHEREENS; and although each one of these three tracks deal with the universal subject matter of love, loss and the devastation after love lost.

Side B of SMITHEREENS starts with Night Rider, and it serves as a brilliant and inspired way to split the album into two sides of the same whole.

Where Side A relies on more acoustic instruments to use such as piano or really sparse production to create devastating and emotionally heavy subtext; you really get more up-tempo songs and more grandiose production choices when it comes to Side B.

BLAHBLAHBLAH DEMO is a very decent second track of Side B, however, there's nothing major of note here. There are certain tracks that feel a little undercooked and truthfully, as a whole, SMITHEREENS feels like a somewhat-rushed public act of emotional catharsis; but Joji has shown us time and time again – with his critically acclaimed albums BALLADS 1 and Nectar; that his artistic process should be trusted, and even revered on some level.

Now we have the only Interlude of the album, YUKON (INTERLUDE). Arguably the most up-tempo song of the album and truly a song that anyone could just as easily add to their workout playlist; even though the lyrics are really dark and the lyrics deal with the same sort of heartbreak and loss we've been dealing with, throughout the entirety of SMITHEREENS.

The stand-out lyric from YUKON (INTERLUDE) was "glowing with uncertainty", which definitely resonates throughout Joji's metamorphosis of emotion on the album.

We close out SMITHEREENS with 1AM FREESTYLE –  a beautiful, closing track for an incredible album. Although this track is incredibly short, just like most of the songs on this sublime album; when Joji hits a high, it's absolutely glorious. With this final track, as The Listener, you can tell that he's singing with his whole heart behind his voice.

When he sings "I don't wanna be alone" alongside a choir – as the very final line of SMITHEREENS, mind you – Joji's speaking to a devastating and communal human experience – heartbreak and the aftermath of what comes after loss; and it resonates with a lot of what SMITHEREENS is trying to unpack.

SMITHEREENS by Joji is absolutely a prime example of why you should go see him perform live when he comes to Australia; as Laneway, much like most yearly festivals, make a national post-COVID return with Phoebe Bridgers, Joji and Haim as headliners. The production, the music, and the fact that most of the album can both hype you up and make you sad at the very same time.

To think that he has gone from this pseudo-celebrity on YouTube (see under: Filthy Frank) to honestly and truthfully, an artist and musician who creates deep, rich and impactful music is proof enough to never fully discredit someone's creative direction on the art they choose to create for media consumption.

And even if, sure, some parts of SMITHEREENS feel a tad under-cooked; when Joji gets it right, he hits a home run. Everyone should go listen to this essential heartbreak-in-2022 album. But mainly – if Joji is performing in your city, wherever you live, go see him. It'll absolutely be worth every cent you pay.