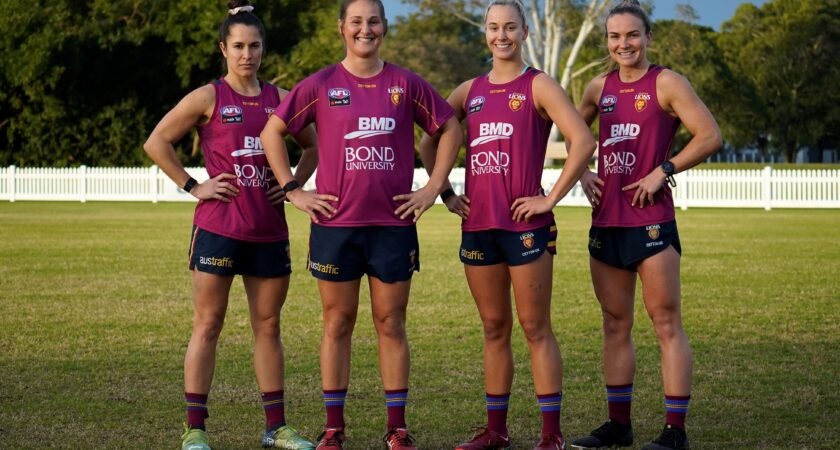 One of the powerhouses of the AFLW competition will be hoping to improve on a preliminary final loss earlier in the year.

One of the powerhouses of the AFLW competition will be hoping to improve on a preliminary final loss earlier in the year.

The Lions weren't able to defend their 2021 premiership in Season Six, but that doesn't mean they aren't planning on fighting back in Season Seven.

The Lions have reloaded after a (slightly) down season earlier in the year, after losing Kate Lutkins to a knee injury at the start of the season. Despite the massive loss, the Lions fought on, and were competitive.

The nucleus of the team has largely stayed together, despite the lure of the expansion clubs, and the playing group is primed for another tilt at a title. For so many of the Lions players, the premiership in 2021 was a career highlight, and there will be hopes of a repeat effort.

The Lions will not have forgotten the pain of a losing preliminary final, especially contrasted with the highs of a premiership not long before, and will be focussed on which emotion they'd rather experience at the end of their final game this season.

Despite losing Kate Lutkins at the start of the season, the Lions blossomed. Emily Bates went from one of the best players in the competition, to the W Medalist, taking out the competition's best and fairest medal.

The Lions came unstuck in the end, as more players went down with injury, and they didn't have the depth at the key positions, but the hope for this year will be health, and more depth at either end of the ground.

Staying healthier. Dakota Davidson missed three games, Lutkins missed the season, and COVID-19 played havoc at different times. It's fair to wonder whether a Lions team that included Davidson and Lutkins beats the Demons in the preliminary final, and charges into another Grand Final.

With more depth this year, the Lions will have some cushion of fitness, but there are still key players who could prove irreplaceable if there are injuries that play a part.

With both Gabby Collingwood and Bella Smith on the inactive list with injuries, the Lions will be hoping that their tall stocks aren't further tested.

Goalkicking power. The Lions boast one of the most potent forward lines in the competition, with Zimmorlei Farquharson, Jess Wardlaw and Davidson, there are plenty of targets up forward.

If none of those talls get you, the raw speed of Courtney Hodder, and the class of Greta Bodey are threats every time the ball touches the ground. Add that potent combination to a midfield that loves to get forward and kick a goal, with O'Dwyer, Cathy Svarc and Emily Bates, the the Lions have the firepower to go with anybody.

If they stay fit and healthy, the Lions' forwards will pose a huge challenge to defensive units around the competition.

The defensive stocks have been under stress for the Lions. Lutkins is coming back from a serious injury, and promising defender Indy Tahau departed over the offseason for Port Adelaide.

Breanna Koenen, Shannon Campbell and Phoebe Monahan will be under pressure to hold down the fort against the power forwards of the competition. It's been a challenge previously, with Tayla Harris getting off the chain against the Lions last year, costing them two wins, including a preliminary final.

If the defensive stocks can manage to get through until Lutkins returns, it will go a long way to securing their finals hopes and stamping their premiership credentials.

With so much continuity, and so few emerging players, picking a rising star for the Lions is tough. Ella Smith is the most ready-made of the Lions' draftees, with an endurance base to push any player in the competition, and a hard nose for the football.

Smith has shown throughout her junior days and lower level football that she is ready to take on anybody, and has the composure under pressure to handle the step-up to the AFLW level.

The biggest question will be whether she gets enough games to make an impact, with an experienced and settled side to break into, and one of the leading midfields in the competition.

The Lions, and their incredible culture, will drive a nail through the competition, as they mount another challenge for a premiership. As one of the teams that was least affected by the expansion clubs, the list is cohesive and developed already.

With matches against both of the 2022 grand finalists, and Fremantle, the Lions have one of the tougher draws in the competition, but they are more than capable of making a push for finals. Those matches against the top sides could go either way, but the Lions will be in the mix at the pointy end of the season.