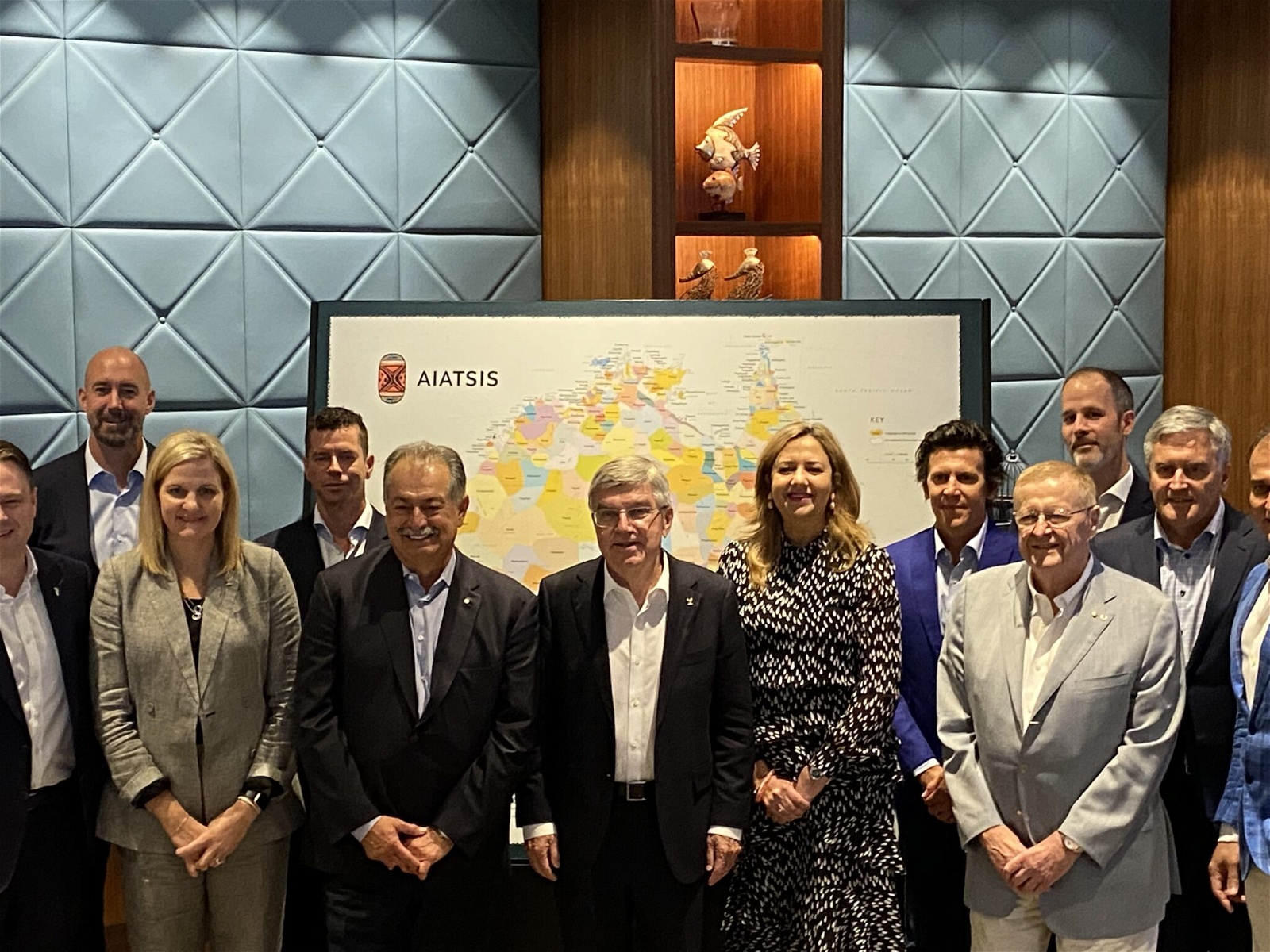 Brisbane 2032 Commission to have a go for everyone

The Brisbane 2032 Organising Commission has kicked off its first meeting, as it looks to make the most inclusive Games ever.

Brisbane 2032 Commission to have a go for everyone

The Brisbane 2032 Organising Commission has kicked off its first meeting, as it looks to make the most inclusive Games ever.

The Brisbane 2032 Organising Commission has met in Sydney, with members from the IOC, AOC, and Queensland Government all impressed by the first meeting.

According to those inside the room, the meeting was highly productive, and a positive step for the organising committee.

On a weekend that was all about recognising John Coates' achievement and contributions to the Australian Olympic Committee, his lasting legacy was put into gear for real.

Coates was instrumental in Brisbane putting together a bid, and eventually the preferred and winning bid, for the hosting rights to the 2032 Games.

Over the weekend, Coates stepped down as President of the AOC, with Ian Chesterman replacing him.

The successful bid for the Brisbane Games was based on sustainability and inclusiveness. With a decade-long lead up, the organising committee has plenty of opportunity to make the Games successful.

IOC President Thomas Bach was delighted with the progress of the meeting.

"We just had the inaugural meeting between the IOC and the newly formed the Organising Committee, Brisbane 2032. And we have already found a slogan for our work, have a go," Bach said.

"So we'd also like to have a honeymoon meeting, this honeymoon will not last forever. As you know, by experience, it's like every marriage will have its ups and downs.

"But the mutual respect and the enthusiasm, I think we'll make sure that we will also overcome maybe some unexpected obstacles."

As Bach explained, they are wasting no time, starting this week.

"We will go to visit some of the Pacific Islands, it will start with the General Assembly of the National Olympic Committees of Oceania in Fiji," Bach explained.

"We will go from Fiji to Cook Islands. And imagine all this enthusiasm about the Games from the athletes of Cook Islands. After Tokyo, they had to stay three months in Tokyo, because they because of the pandemic they could not travel home.

"Then we will also go to Tonga, because there our assistance may be required in the reconstruction of some of the sports facilities having been destroyed by the tsunami and with the support of the Pacific Islands.

"Then we will come to Brisbane, carrying this enthusiasm and this sense of team spirit of Oceania to Brisbane in Queensland."

"We're looking at many more partnerships with Queensland institutions, universities over the period, that proposals already been shared with our Department of Foreign Affairs and Trade.

"We think that through sport, Australia can do much more and much better in the Pacific. And we propose this as not only Australia's Games, that Oceania's Games. So that's something we will deliver."

The Games' inclusiveness will extend to the regional impact across South-Eastern Queensland, as Queensland Annastacia Palaszczuk explained.

"We now have over 10 years of a runway leading up to the games and our state is incredibly enthusiastic, and it's going to be a Games not just for Brisbane and Queensland, but for Australia," the Premier said.

"We've got talent scouts out there at the moment, trying to find the next Ian Thorpe, the next Susie O'Neill, the next Cathy Freeman. All of these young people are incredibly enthusiastic.

"We are also operating the 2032 Olympics under the new norm. We already have 85 per cent of our venues are already complete, and the opportunity for southeast Queensland is immense."

Palaszczuk also paid tribute to Coates, the day after he formally stepped down.

"Without John Coates, we would not have had the Brisbane '32 bid. And of course, we know the enthusiasm that all of Australia had for the Olympics in 2000.

"And I know that the Olympics in Brisbane 2032 will have just as much enthusiasm, if not more."

Jean-Christophe Rolland, who is also part of the steering committee, talked about the other part of the inclusiveness of the Games, which is to put the Paralympics on show as well.

"This is very much an integrated effort. And can I say here, when we worked on this particular project, the efforts that were made by both the Paralympic Committee and AOC were outstanding. So the project represents this integration.

"Now when it comes to the [Olympic] Games and the Paralympics. We work hand in glove with IPC the International Paralympic Committee.

"You have two organisations that have to deliver games within a month, right. So we want to make sure that all detailed operations, but the two divisions are fully integrated."

Rolland wasn't alone in his view, with IOC Coordination Commission Chair, Kristy Coventry explaining that the Committee has the benefit of the knowledge of so many Australian organisations that have major events over the next decade.

"I think I heard the number John [Coates] said, we have 13 major international events in this country, is that correct? How many events do we have in the country?

"We have capacity, we have an amazing sports organisation. So frankly, we're going to be working with all of them to actually do all the learning we need to do Commonwealth Games in Brisbane, a massive amount of learning from that has moved over already to this planning."

And so, the Games planning will begin. The first step will be the appointment of a CEO for the Brisbane 2032 Organising Committee. The search will begin imminently, and an appointment for the most accessible Games ever will be made.

And then, the Games planning will begin in earnest.