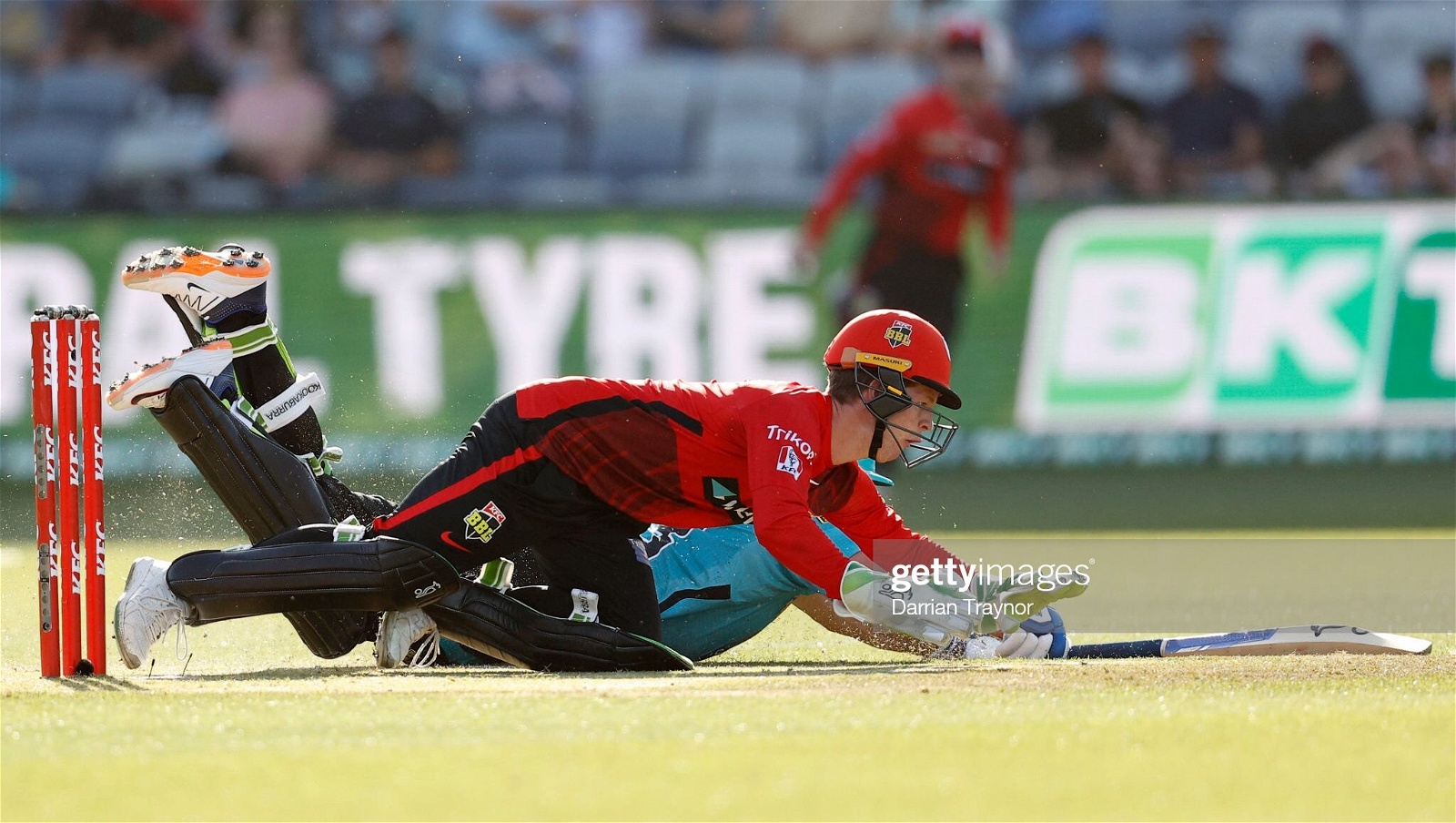 The Melbourne Renegades have snagged their third win of BBL|11, defeating the depleted Brisbane Heat with five overs to spare in Geelong.

The Melbourne Renegades have snagged their third win of BBL|11, defeating the depleted Brisbane Heat with five overs to spare in Geelong.

The Melbourne Renegades have snagged their third win of BBL|11, defeating a depleted Brisbane Heat with five overs to spare in Geelong on Thursday, January 6.

A whopping eight Heat debutants lined up for the match, thanks to the impact COVID-19 had on the side in recent days.

The side also included coach Darren Lehmann's son Jake - the first time father had coached son at any level of cricket.

But the merciless Melbourne did not care for heart-warming storylines in its hunt for a top five position on the Big Bash ladder.

The match day proceedings did not start as planned, with the bat flip delayed and the covers pulled on thanks to some wet weather.

It soon cleared and the Renegades won the call to bat or bowl first.

They decided to take the ball, but it wasn't until the fifth over that they took their first wicket when Zahir Khan trapped Jack Clayton for LBW.

Sam Heazlett was the next wicket to fall through an unlucky top edge caught by Sam Harper and bowled by X Factor sub Mohammad Nabi.

In the 14th over, the Nabi/Harper duo combined again to farewell Tom Cooper, before Lachlan Pfeffer mistimed a short ball from Kane Richardson and was caught by Will Sutherland.

The last wicket of the Heat's inning came in the 19th over, when Nabi caught opening batter (and coach's son) Jake Lehmann's mistimed hit off a Kane Richardson bowl.

Steve McGiffin and Will Prestwidge rounded out the end of the batting, scoring 14 not out and two not out respectively.

The Brisbane Heat set a total of 6/128 with more than half of those scored by Lehmann in his first BBL match since February 2019.

Harper and Aaron Finch took to the crease for the Melbourne Renegades, and Harper faced three balls in the first over before he was out for a duck, bowled by David Grant after a poorly-missed scoop.

The experienced pair of Finch and Shaun Marsh began building a partnership that lasted about 10 overs before Mujeeb Ur Rahman struck.

Marsh was out for 57 thanks to a mistimed shot which Zaman caught in a dive at deep mid wicket.

Up to the crease came Nic Maddison, who remained there for the rest of the inning and finished the game 22 not out, including two sixes.

Maddison saw the wickets of Finch (37, c: Ronan McDonald b: Grant), Sutherland (five, c: Ur Rahman b: Grant), and Mackenzie Harvey (0, c: Lehmann b: McDonald), but James Seymour (three not out) stuck with him to see out the inning and the win.

Marsh was given Player of the Match honours for his 57 runs off 35 balls, which included six fours and three sixes.