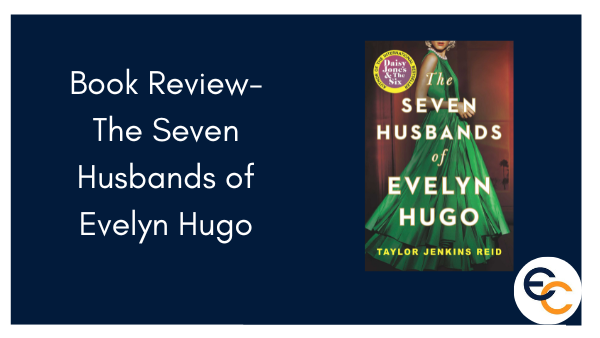 Hugo was known for a few scandals, but as the story continues, readers learn that there is more than meets the eye when it comes to Evelyn Hugo.

While the starlet was known to have Seven Husbands (hence the title) but as the book goes from a young girl trying to find her way into the glitz and glamour of Hollywood to a touching yet heartbreaking love story.

As Evelyn tells her story, readers discover that her one true love was not any of her seven husbands but, in fact, fellow actress Celia St James.

Evelyn meets Celia while she is married to her second husband, Don Adler, and the pair are co-stars in the film Little Women.

While it takes a while for the two to become friends, Evelyn starts to enjoy the company of Cecilia, and once she separates from her husband, a blossoming romance happens.

The couple goes through quite a few hurdles, with Evelyn doing whatever it takes to keep the pair’s relationship out of the spotlight, which is what separates the pair on several occasions.

The quote from the book, “I spent half my time loving her and the other half hiding how much I loved her.” really sums up the pair’s relationship.

Jenkins Reid does a great job at transporting readers to the 1970s era of Hollywood and portrays Evelyn as a Hollywood starlet, very much like what you’d imagine Marilyn Munro to be back in her time.

Just the name of Evelyn Hugo brings this presence to those not just around her but the general public as well.

The way that Jenkins Reid can peel back Evelyn Hugo’s layers is extraordinary. At the start of the book, she’s portrayed as someone who will do anything to get what she wants a spot in Hollywood. Then towards the end of the book, she’ll do whatever it takes for those she loved.

This is shown towards the end of the book, after the passing of her great friend and father to her child in, Harry Cameron.

Harry passes away in a car accident where he was at fault, but to protect him, she moves him into the passenger seat, making it look like Harry’s partner was at fault.

The scene was heartbreaking as Harry had been a natural ally and friend to Evelyn in those tough times.

“But if you have to go, then go. Go if it hurts. Go if it’s time. Just go knowing you were loved, that I will never forget you, that you will live in everything Connor and I do. Go knowing I love you purely, Harry, that you were an amazing father. Go knowing I told you all my secrets. Because you were my best friend.”

Another example of Evelyn’s character growth was again towards the end of the book; she gives up the spotlight to be with Celia, and alongside her daughter Connor, they live in a quiet town in Spain until Celia passes away.

The book is one of those that you can’t put down and can easily read in one sitting, but the story itself can make you smile and bring you to tears.

The Seven Husbands of Evelyn Hugo will be adapted into a film, with Netflix making the announcement in late march.