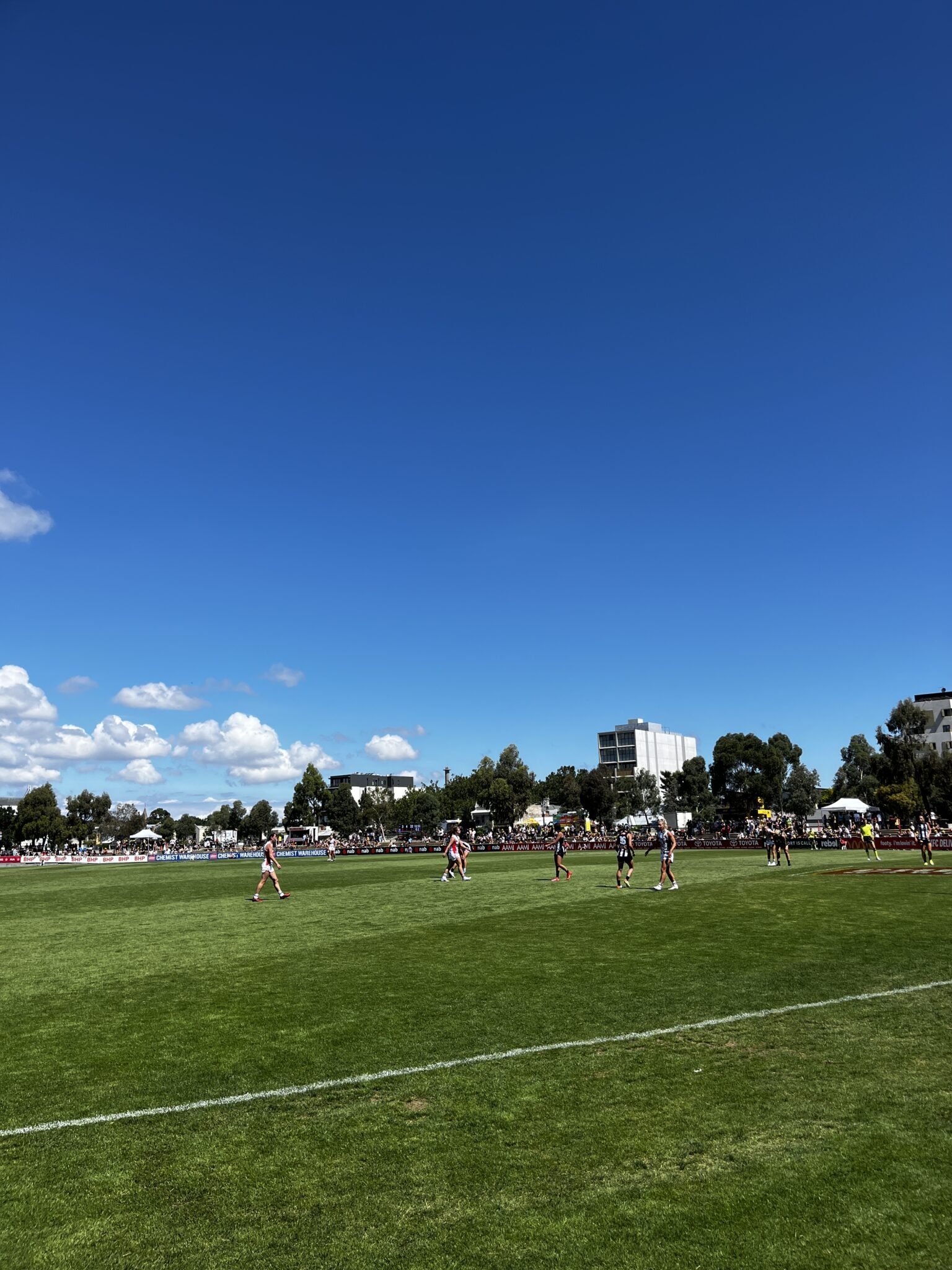 Collingwood was back at Victoria Park this week and Ebony O'Dea kicked the first after a 50m penalty within the 2 minutes.

Eloise Chaston then kicked the 2nd goal for the Pies in a similar fashion to O'Dea, directly in front.

It was all Collingwood for the first half, gaining the majority of possession and territory.

Stacey Livingstone was once again a pillar in defence for Collingwood, allowing no St Kilda Inside 50.'s in the 1st quarter.

The former VFL Leading Goal-kicker lunged after a 15m chase and got her reward.

The 25-year-old comes from a Gaelic football background and first signed for the Pies in 2020.

The presence of Sabrina Frederick up forward for the Pies led to easy ground ball gets for the crafty Collingwood small forwards. Ebony O'Dea's crumbing skills were immaculate all day.

Another late goal by Kate Shierlaw proved to be nothing but a consolation for the Saints going down to the Pies by 27 points.

Bonnici finished with 26 disposals and 10 tackles in another stellar performance.

Collingwood meets Geelong at GMHBA on Friday night whilst St Kilda play the Demons at Casey on Saturday afternoon.

In sad news for the Pies, 29-year-old Erica Fowler left the game with 10 minutes to go in the 4th. Her injury is unknown at the time of writing.