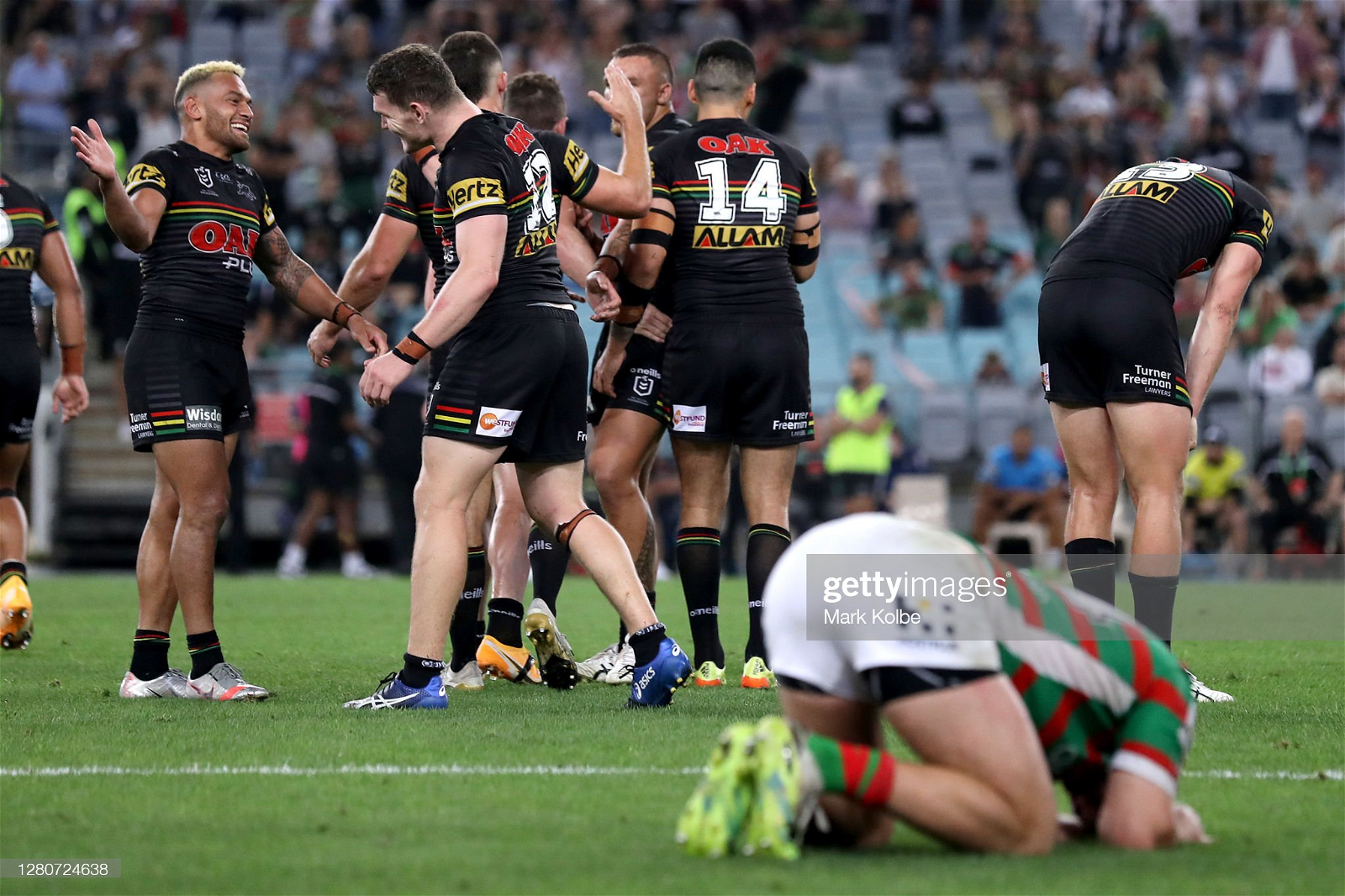 The top five NRL preliminary finals of the 21st century

With just fourt teamsd left in the 2022 finals series it's time to look back at some of the best preliminary finals of the past.

The top five NRL preliminary finals of the 21st century

With just fourt teamsd left in the 2022 finals series it's time to look back at some of the best preliminary finals of the past.

The Roosters' title defence ended when the Bunnies ran over the top of them in the match's second half, gaining their first grand final appearance in more than forty years.

The Roosters got off to a great start leading 12-0 within eight minutes. While the Roosters fans were all up and about, the Bunnies fans were all thinking, 'here we go again'. That was before Lote Tuqiri passed one off to Dylan Walker to give the Bunnies their first score before Adam Reynolds equalled things up at halftime.

In the second half, it was all the Bunnies as they came out well with Greg Inglis proving he was an all-time great, scoring two tries of his own, as well as seeing Adam Reynolds score all of his conversions giving the Rabbitohs their 32-22 lead to create history and defeat their century-old rivals.

2020 was a difficult season for every club, but Penrith came out on top in the end. Their win over South Sydney in the preliminary final in a scrappy match saw them win their 17th match in a row to join the Melbourne Storm in the Grand Final.

Alex Johnston continued to dominate on the try-scoring front when he scored in the fourth minute for the Bunnies, but unfortunately for them, it would be their only try of the first half. Brian To'o and Nathan Cleary got on the board three times between them to give the Panthers a healthy 14-6 lead.

The Bunnies did have a better second half, firstly scoring thanks to Dane Gagai and for Corey Allan much later in the match to put the Rabbitohs within four points of a win. The Panther's defence though, held tight in the last ten minutes to hold onto the win and guarantee a spot in the grand final a week later.

It was a low-scoring affair but nonetheless an incredible match to watch as the Storm continued their decade of dominance with a good victory over the boys in green.

It took until the 22nd minute of the match before the first try was scored, thanks to Jordan Rapana getting past the Storm defence to score. Cooper Cronk quickly followed up with a try of his own in what was his 300th match in the NRL. The try and conversion allowed the Storm to take an 8-6 lead into the second half.

Cameron Munster was huge in the second half; firstly, he missed a pass to his right before stopping a try from the Raiders only minutes later when he was the last man on the try line. Eight points down and 15 minutes to go, the Raiders continued attacking, but it wasn't until the 76th minute that the try came. But by then, it was too late, and the Storm had the win.

It feels like it's been a long time since the Warriors were competitive, but on this day, they had never been better. The Storm had secured the minor premiership only weeks earlier, but it wasn't enough for the Warriors, who ran over the top in the second half keeping the Storm scoreless and heading to the grand final.

The Storm got on the board early with a try in just the fifth moment before the Storm dominated most of the rest of the match. Two tries came in the next ten minutes for the Warriors as they took a 14-12 lead into the halftime break after a Champion try and Cameron Smith conversion in the 36th minute.

It was all defence in the match's second half, with neither team scoring in the first 35 minutes of that half. Shaun Johnson clinched the match for the Warriors when he weaved through the Storm defence and put together a piece of individual brilliance in the 77th minute that guaranteed the Warriors would be off to the big game the following week.

It was a low-scoring tight tussle between two massive Sydney clubs in a match that was played in front of more than 70,000 people. In the end, Jamie Soward slotted a field goal in the dying minutes of the match to book his team's spot in the grand final.

It was the first time since the 20th century that the Dragons made the grand final after their unsuccessful run in 1999. Wests took a 12-6 halftime lead into the break after some great defence in the first half and tries to both Robert Lui and Lote Tuquiri.

It was Nightingale that scored ten minutes into the second half, which equalled things up with plenty of time left on the clock. It was simply attack after attack for the next 30 minutes as both teams defended well while attacking as hard as they could. No score came until Soward composed himself and kicked a field goal to deny the Tigers a spot in the final, which would have seen them make an appearance for the first time since their 2005 win.