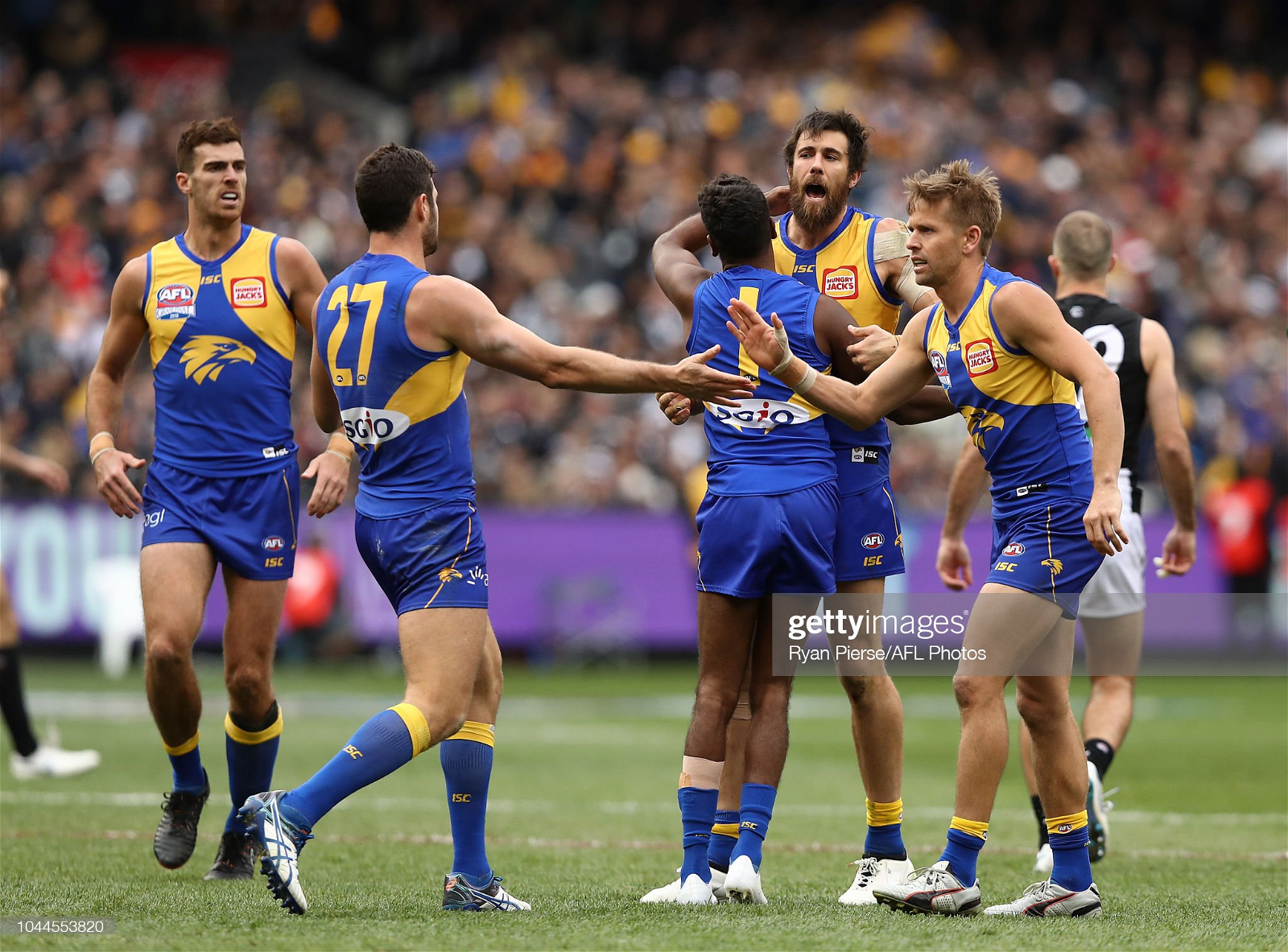 The top five AFL grand finals of the 21st century

The build up to the grand final has now begun so it's time to look back at some of the best ways we have finished the season recently.

The top five AFL grand finals of the 21st century

The build up to the grand final has now begun so it's time to look back at some of the best ways we have finished the season recently.

In front of just under 100,000 fans, the Dogs completed one of the best finals runs of all time, winning four games in a row to take home the premiership in a fairytale finish.

The Dogs fans had waited since 1954 to replicate the work of Charlie Sutton's legendary side and take the cup back to Footscray. In 2016 it was Luke Beveridge and Easton Wood who would put themselves into AFL immortality beating the Swans by 22 points.

The Dogs went into the final term with just an eight-point lead after winning the 'premiership quarter' 2.6 to 1.2. The Swans had their chances in the last quarter, firstly due to a Lance Franklin set shot which saw them get within one point before George Hewett did the same five minutes later.

The eventual Norm Smith medalist Jason Johannisen pushed the Dogs into a winning position to seal the game. He kicked a goal from just outside 50 with only a couple of minutes left on the clock, a score review on the line determined it was touched.

Not a single Bulldogs player had played in a grand final before that day compared to eight of the Swans players having won premierships. The Dogs became the first team to ever win the premiership from seventh, while the Swans fell off slightly. The Swans, of course, will contest tomorrow's grand final against Geelong.

Overall 4.5million people watched the game on TV all around Australia, making it the best-rated AFL grand final and the 8th highest rating television broadcast in Australia of all time. It may have been a relatively low-scoring match, but there was no doubt it was one of the best to watch.

Both teams finished the season in the top four, and while they were on opposite ends of the country, it was a close contest for superiority all season. It wouldn't end in 2005, either. Both teams made the grand final a year later, with the Eagles getting over the line the second time.

The Eagles came out quickly in the first quarter, kicking the first, but it hardly seemed worth it with Daniel Kerr having to come off the field with a leg injury only minutes later. A tight defence kept both sides close, with the Swans taking a two-point lead into the second term.

The Swans broke through in the second quarter, kicking a couple of goals thanks to Michael O'Laughlin and Tadhg Kennelly, that gave them a 20-point lead at halftime. The Eagles could never be counted out of the game, outscoring the Swans by three goals only to take a two-point deficit into the final quarter.

Barry Hall stepped up in the final quarter to kick a goal from outside 50 to reduce the Eagle's lead to five points with only minutes to go. To seal the game, Jason Ball tapped Amon Buchanan, who snapped a goal to put the Swans in front with the game's last goal. With ten seconds to play, Dean Cox bombed a ball forward with Leo Barry coming across the pack to take the greatest mark of all time with him clinching the match.

Everyone loves a close grand final, but perhaps this was a little too close. More than 100 thousand packed out the MCG to see Collingwood win their 15th premiership, while it would have only been the Saints' second if they won. In the end, neither took home the silverware.

Collingwood put together a blitzing start scoring in only the first 210 seconds, thanks to Darren Jolly. St Kilda replied eight minutes later before Collingwood went on a mini run putting on three more goals to take a strong lead. St Kilda finally got their clearance game working towards the second half of the quarter, allowing them to close the gap to just six points at quarter time.

The signs that it would be a close match started early, but Collingwood began to blow the game away in the second quarter. St Kilda only managed one goal in the second term while Collingwood did enough to take a four-goal lead into the main break. Two missed shots by Travis Cloke could have sealed the game, but it wasn't to be.

The third quarter began well for St Kilda, who started their clearance game again. Unfourtnaly that ended when Michael Gardiner had to go off halfway through the quarter with a leg injury, leaving Ben McEvoy in the ruck.

The final quarter was a close contest, with the ball travelling from goal to goal quite often. In the 30th minute of the quarter, Stephen Milne couldn't hold on to a mark that was launched from outside 50, the ball spilling through for a behind. In the game's final minute, the ball went into the Saints' forward line, but even with the scrambling, no score occurred. Collingwood went on to win the second match a week later, with the Saints absolutely exhausted from their comeback.

The jokes about Richmond or Richmond finishing ninth had finally gone quiet on the week that Richmond finally made a grand final after a long wait. The eventual win brought up the club's 11th premiership and first since 1980.

It's a match that would influence the next five years of football. For Richmond, it would set up a dynasty that would see them win three premierships within four years. While the collective minds camp that came after this match would stain the Crows' side for a long time to come.

It wasn't the closest of games, with Richmond winning by eight goals. However, it's the moment, the spectacle, and, to be honest, the work of Dustin Matin that made this match one of the best this century.

Dustin Martin won the Norm Smith beating the second-placed Bachar Houli, who has remained one of the most underrated players of the 21st century. Overall, Richmond beat the drought, but the real highlight for fans; was the greatest grand final entertainment show with The Killers beating out Mr Brightside alongside new frontman Jack Riewoldt.

Two of the biggest clubs in the competition came up against each other in front of 100,022 people, just two below the MCG's capacity. Richmond were the favourites to win and back up their 2017 win, but that wasn't to be when they fell short in the preliminary final.

While West Cast stayed around the top of the ladder for the entire season, Collingwood had a more tumultuous season, only just getting back into the top four with a couple of weeks to go. It didn't matter on the day, though, with both sides starting the match extremely evenly.

Josh Kennedy kicked the game's first score before the Magpies came out firing, scoring the first five goals of the match. It took until the final few minutes of the quarter before the Eagles could kick their first and second in quick time to keep the Pies' lead to 17 at the break.

The final term started much like the first, Collingwood off to a fast start kicking three goals within just four minutes. The deficit for the Pies was brought back to just six points after the Eagles had done well in the second and third quarters, not only to come back but take the lead.

Collingwood put themselves a couple of points up with their final score of the game in the 22nd minute. Dom Sheed took a mark in the last few minutes of the game to kick a goal from the boundary and put the Eagles ahead by four points. Another point a little later gave the Eagles another to win the match by five points and put themselves ahead for premierships in the AFL era.