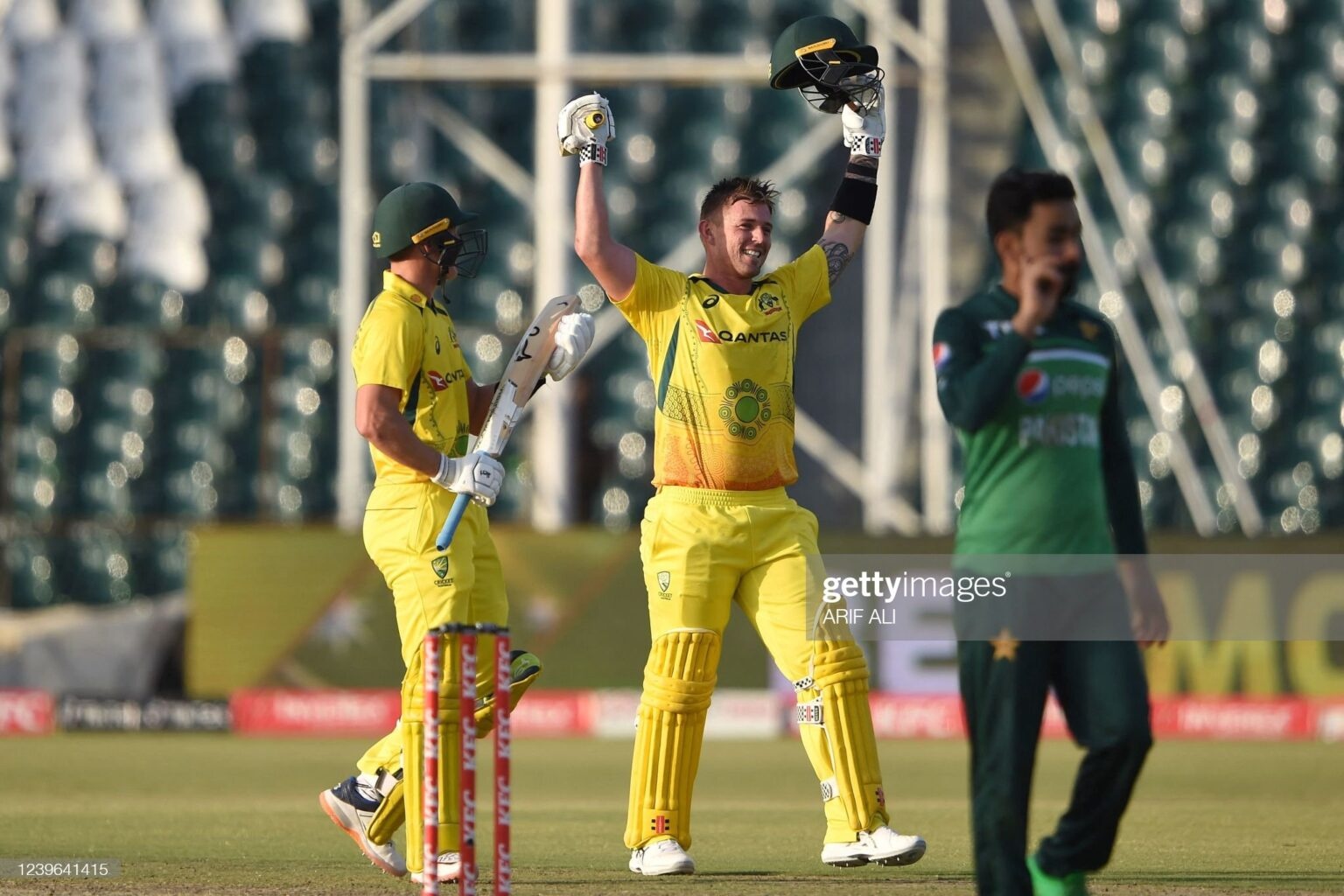 Despite a century from Ben McDermott, Pakistan cruised to a six wicket victory after hundreds from Babar Azam and Imam-ul-Haq.

Despite a century from Ben McDermott, Pakistan cruised to a six wicket victory after hundreds from Babar Azam and Imam-ul-Haq.

Pakistan completed one of the great chases winning by six wickets despite a century by Ben McDermott earlier in the day. The series will now go down to a decider tomorrow.

Pakistan started the match well by once again winning the toss, and while it’s understandable to bowl first with a lot of dew around perhaps a change in tactics was required after the loss in the first match. But bowl first was exactly what happened, and it meant Travis Head (89) and Aaron Finch (0) would go out to the middle.

After his brilliant century in the first match Head took the first ball and looked comfortable from ball one, he is here to stay in the ODI team. Finch though only lasted one ball before a big inswinger that was a full toss ripped his pad off in front of the stumps.

After some impressive stuff in the first match with a half-century, Ben McDermott (104) had to come out in the first over. It didn’t seem to faze either batter though as they piled on the runs in fast time.

At the end of the first powerplay, Australia already had 65 runs with McDermott actually being the aggressor compared to the first match. That didn’t last long though with Head finding the boundary with ease, particularly of the spin bowlers who struggled for their lengths. Zahid Mahmood (1/71) was only one of two Pakistan spinners to take a wicket through the night.

Head brought up yet another half-century this time off 45 balls and not too later McDermott joined him from 52 balls. The pair continued to push the run rate funding boundaries and also running hard. It clearly looked like both men were on their way to centuries, but it wasn’t to be.

With the score on 163 after 24.3 overs, Travis Head skied a top edge trying to put the ball well over the fence. After 11 boundaries five of those being sixes Head finally had to go for 89. He is almost a lock for player of the series and taking home the Jeep (which will be some super excess baggage).

Marnus Labuschagne (59) then joined McDermott to make sure the Tasmania batter would bring up three figures for Australia for the first time in his career. The century came off 102 balls his quickest one day century to really prove that he belongs at this level. He has the brute power for T20 cricket, but he also saw a touch game which puts him in good stead at the ODI level.

The runs continued to pile on although slightly slower and with consistent wickets falling to the Pakistan Pace Bowlers. First, it was McDermott to go to the bowling of Mohammad Wasim (2/52) before six overs later Marnus Labuschagne fell to Khushdil Shah (1/57) missing out on what could’ve been another century.

Wickets fell everyone couple of overs, but Marcus Stoinis (49) was there to make sure the total would be a big one, he did go in the last over but some late hitting by Sean Abbott (28) meant that Australia got to 348 in their 50 overs. Shaheen Afridi was once again a stand out bowler cleaning up the tail taking 4/63.

It was going to be a huge task for Pakistan to chase down such an imposing total, but they had done it before chasing exactly 348 against England back in 2019.

Pakistan started absolutely perfectly against the new ball of Sean Abbott (0/74) and Cameron Green (0/35). The openers Fakhar Zaman (67) and Imam-ul-Haq (106) pushed the score to 63 after the first powerplay, it’s pretty clear this is a great batting track that was exemplified over the next 40 overs.

The partnership sped up in the next few overs with both batters finding the boundary when needed, not even the spinners could slow them down as they did in the last match. In the 19thover though the first wicket finally fell when Marcus Stoinis (1/23) bowled a perfect off cutter that pitched on the middle at hit the off stump.

The wicket meant the end for Fakhar Zaman who looked like the most important batter for the day and someone that could clearly take the match away from Australia.

That wasn’t to be though it would be Imam who would be the most important batter bringing his century up off 90 balls continuing his great series and career. He is now the fastest of all time to nine ODI centuries going past Hashim Amla.

Adam Zampa (2/71) took the important wicket of Imam just after he got the century, it opened the door for Australia with the game starting to drift away. Once again though Zampa has proven himself to be the most important bowler in this Aussie lineup.

Unfortunately for Australia Babar Azam (114) then went to another level consistently finding the boundary and bringing the required run rate below seven for the first time all day. The runs continued before Babar finally made a mistake, he mistimed a drive to mid-wicket for a good catch. That was only after he brought up his 15thODI century and also took his average past 58.

It meant with five overs to go 36 runs were needed. Rizwan (23) went in that over from the bowling of Zampa to mean it was 31 from 24 suddenly Australia was back in the game. A couple of lofty hits from a Sean Abbot over meant that Pakistan needed 15 from 12 balls.

Nathan Ellis (1/69) has the rest of the runs taken from the 49thover to have Pakistan equal the series before a decider in a couple of days’ time.

The final match will be played tomorrow with the first ball being bowled at 9 pm AEDT.