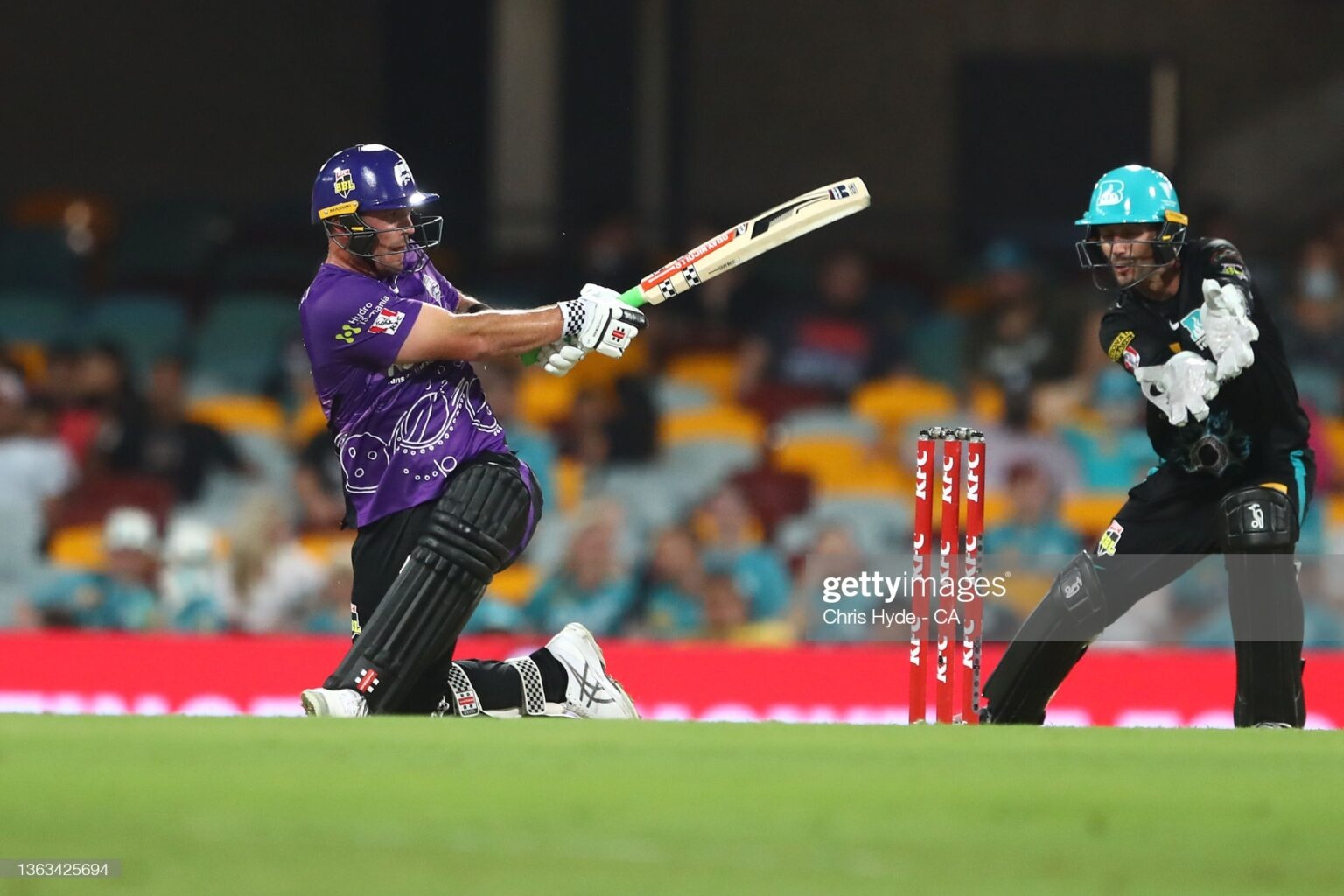 Ben McDermott brings the Hurricanes almost all the way home

Ben McDermott played a match-winning knock to set the Hobart Hurricanes for a big eight wicket win over the Brisbane Heat.

Ben McDermott brings the Hurricanes almost all the way home

Ben McDermott played a match-winning knock to set the Hobart Hurricanes for a big eight wicket win over the Brisbane Heat.

Ben McDermott stayed calm across the Hobart Hurricanes chase to ensure that they successfully chased down the Brisbane Heat's total of 144, with eight wickets to spare.

Coming into the match, the Hurricanes had lost their previous two matches, and needed a win to stay in touch with the finals. They had the first win of the night, as they won the toss and chose to field.

The night started brightly for the Hurricanes once play kicked off, as Tom Rogers bowled Jack Clayton in the second over.

Clayton is one of ten players called up by the Heat amid a Covid-19 outbreak that has claimed 12 players and coach Wade Seccombe.

Lachlan Pfeffer, playing just his second game for the Heat made 69 from just 51 balls. He was given a life when he was dropped by Riley Meredith on 44, before he eventually holed out to Tom Lammonby off the bowling of Mitchell Owen.

Pfeffer was largely a lone hand, before fellow call up Will Prestwidge made a late cameo, thumping two sixes into the stands before he too was out, run out for 21 off seven balls.

The Heat finished with a total of 144, and were hopeful that some inclement weather may assist them to stave off the Hurricanes.

In reply, the Hurricanes lost Caleb Jewell early, as he fell for nine.

With Peter Handscomb at the crease, Ben McDermott formed a partnership and the Hurricanes set about chasing down the score.

McDermott, who is in a rich vein of form in this year's competition, passed 50 for the fourth time this season. After missing out in the Hurricanes previous two games, McDermott appeared to be on track for a third hundred in five games, when he was dropped in the deep by Steve McGiffin off the bowling of Paddy Dooley.

Despite dropping the difficult chance, neither of the Heat's called up players dropped their heads, and Dooley continued to fire in his mystery spin.

McDermott continued to play his controlled innings, despite ratcheting up his scoring rate, and guided the Hurricanes into a position where 14 runs were required from the last 26 balls.

As he continued to chase the target, he eventually holed out, mistiming a pull shot as he was caught by McGiffin off the bowling of Prestwidge.

Despite falling short of the century, McDermott's innings was key in guiding the Hurricanes to the win. McDermott finished with 93 from 61 balls, and when he departed, the Hurricanes had an air of inevitability about them.

The score leaves McDermott well clear as the competition's leading runscorer, with 457, more than 100 runs ahead of Colin Munro.

Peter Handscomb remained at the crease until the end, appearing to find form as he finished with 27 not out.

The win leaves the Hurricanes in fourth with 20 points, while the Heat remain in fifth, with 15 points.