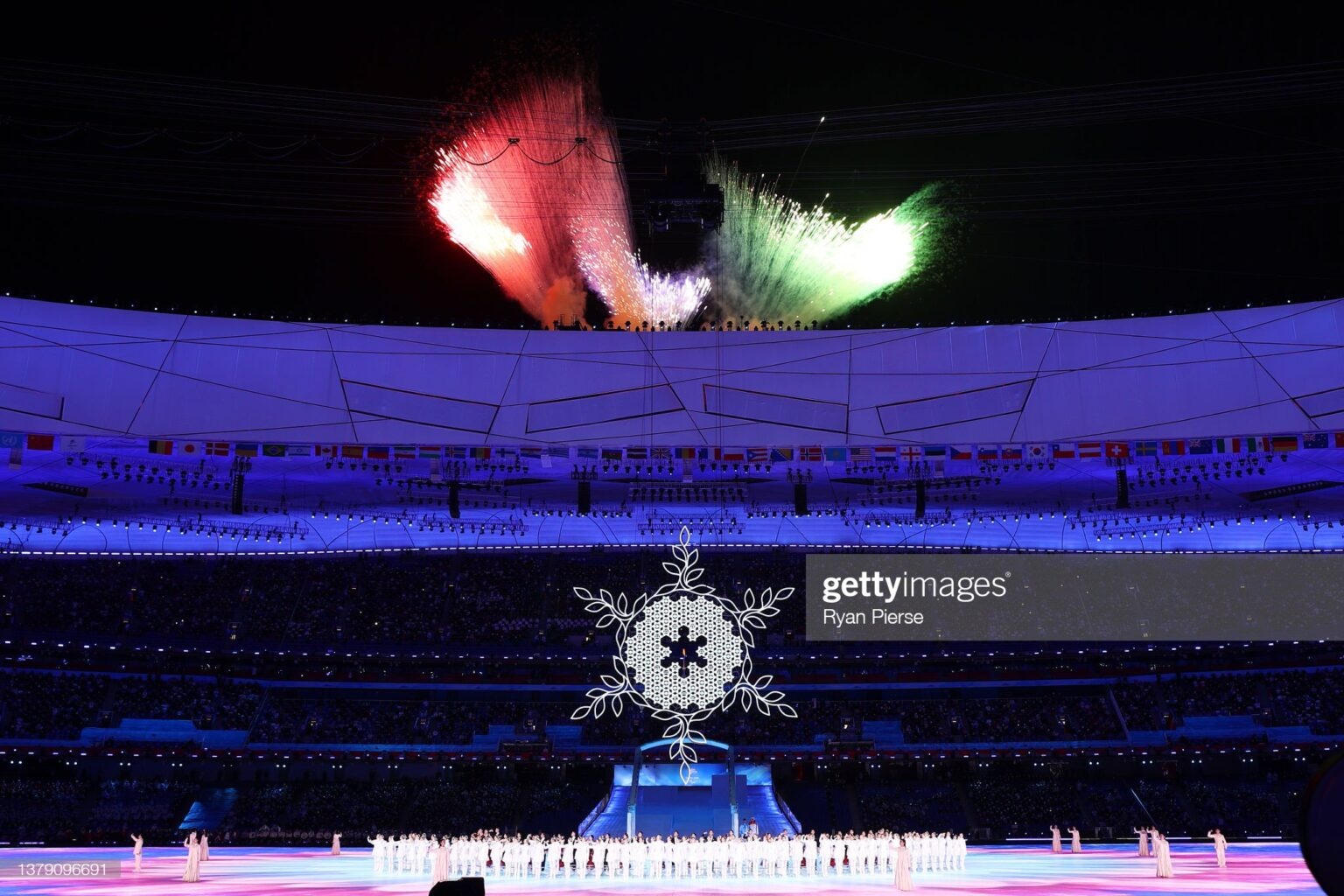 Opening with a taste of what you'll see in Beijing

The Opening Ceremony commenced with a reminder of the previous 13 Winter Paralympics before.

A wheelchair curling athlete sliding a stone across the digital floor with a countdown on the very same floor with the ceremony officially beginning when the timer hit zero.

Following the Chinese National Anthem and the introductions of IPC President Andrew Parsons and Chinese President Xi Jingping, there was time for one more introduction before the Parade of Nations kicked off, and that was the offical mascot for the Beijing 2022 Paralympics Shuey Rhon Rhon.

Shuey Rhon Rhon's design is inspired by a chinese lantern and is said to represent friendship, courage and strength.

It was true to the theme of friendship in the Opening Ceremony with several Shuey Rhon Rhons, on roller blades no less, joining the athletes as they walked out in the Parade of Nations.

More than one way to carry the flag

As 46 nations entered the Bird's Nest for the Parade of Nations, there were a variety of ways the flag was carried out to accomodate athlete's disabilities.

Not every nation had an athlete carrying the flag with some countries with only a handful of athletes that had competition kicking off on Saturday, had volunteers waving the respective nation's flags, with coaches or officials following behind some of them.

So flag bearers held the flag or in the case of Australia's Melissa Perrine and Mitchell Gourley, carried the flag out together.

Meanwhile some wheelchair bound athletes had an attachment on their chairs that held up the flag, taking the opportunity to take the flag out of the attachment and wave it every so often.

Lastly, in the case of Poland's flag bearer, Para Alpine skiier Andrzej Szczesny, on an attachment on the back of his crutches allowing for him to proudly wave the Polish flag as he entered.

While some nations, like Italy and Norway opted for a similar if not identical uniform to their Olympic counter parts, several nations were decked out in completely different uniforms to what we saw at the Olympics.

Australia was one of those nations, wearing long blue coats and akubra styled hats the Aussies stood out despite being a small delegation with their unique design that could have placed them in rural Australia on a chilly night rather than at the Birds Nest when the temperature was below five degrees celcius.

Similarly host nation China entered the birds nest in blue and white snowsuits rather than the formal uniforms the Olympic athletes entered in, while the Chezch Republic had variation on the Opening Ceremony uniforms still including the blue and red designs but in a more simple but still striking design.

IPC president Andrew Parsons adressed the elephant in the room from the opening of his speech, condeming the war in Ukraine and highlighting that the athletes that will compete over the next nine days are showcasing the best of humainty and calling for peace.

“I must begin with a message of peace. I am horrified at what is taking place in the world right now.

“The 21stcentury is a time for dialogue not war. The Olympic Truce was adopted at the UN General Assembly, it must be observed not broken.

“Athletes from 46 nations will compete with each other, not against each other. They will showcase the best of humanity. An opponent does not have to be an enemy.

“The Paralympic Movement calls on world authorities to promote peace, understanding and inclusion.”

We the 15 continues to promote its movement

The campaign that kicked off at the Tokyo 2020 Olympics was on show once again at the Beijing 2022 Opening Ceremony, highlighting that 1.2 billion people live with disabilities and how as a movement they fight to end discrimination.

From the promotional video we saw last August, to the purple fireworks, We the 15 was everywhere at the Opening Ceremony, with the several of the athletes that carried in the Paralympic flag having the We the 15 logo on the wheels of their wheelchairs.

Another unique way to present the Paralympic logo

There's always the question of what unique way with the Paralympic logo, the Agitos, will be brought out in the Opening Ceremony, and instead of a huge concrustion, in Beijing they went for a simple but beautiful moment.

Amongst a performance that featured athletes, dancers and doctors, some with disabilities and other able bodied performers a group of children drew the Agitos on a vision impaired man's hand, with the man putting his hand to the ground lighting up the digitial floor with the symbol.

As the camera panned up it was revealed that every performer had the symbol drawn onto their hand highlighting the unifying nature of the Paralympics.

Waltzing into the final features of the Opening Ceremony

An adorable video of vision impaired children painting a smiley face lead into the Paralympic Waltz, with the image of the smiley face appearing on the digital floor as the performance began.

The giant snowflake cauldron made its return for the Paralympics, with the name placards of all of the competing nations filling up the snowflake.

The final stages of the torch relay featured past Summer and Winter Paralympians with 2008 Summer Paralympics champion in the triple jump Li Duan was the final torch bearer.

The four-time Paralympic champion, who is visually impared, placed the torch into its final position in the snowflake shaking his fist in celebration as the Opening Ceremony for the Beijing 2022 Winter Olympics came to an end with the performers durring the waltz singing as fireworks went up in the sky.