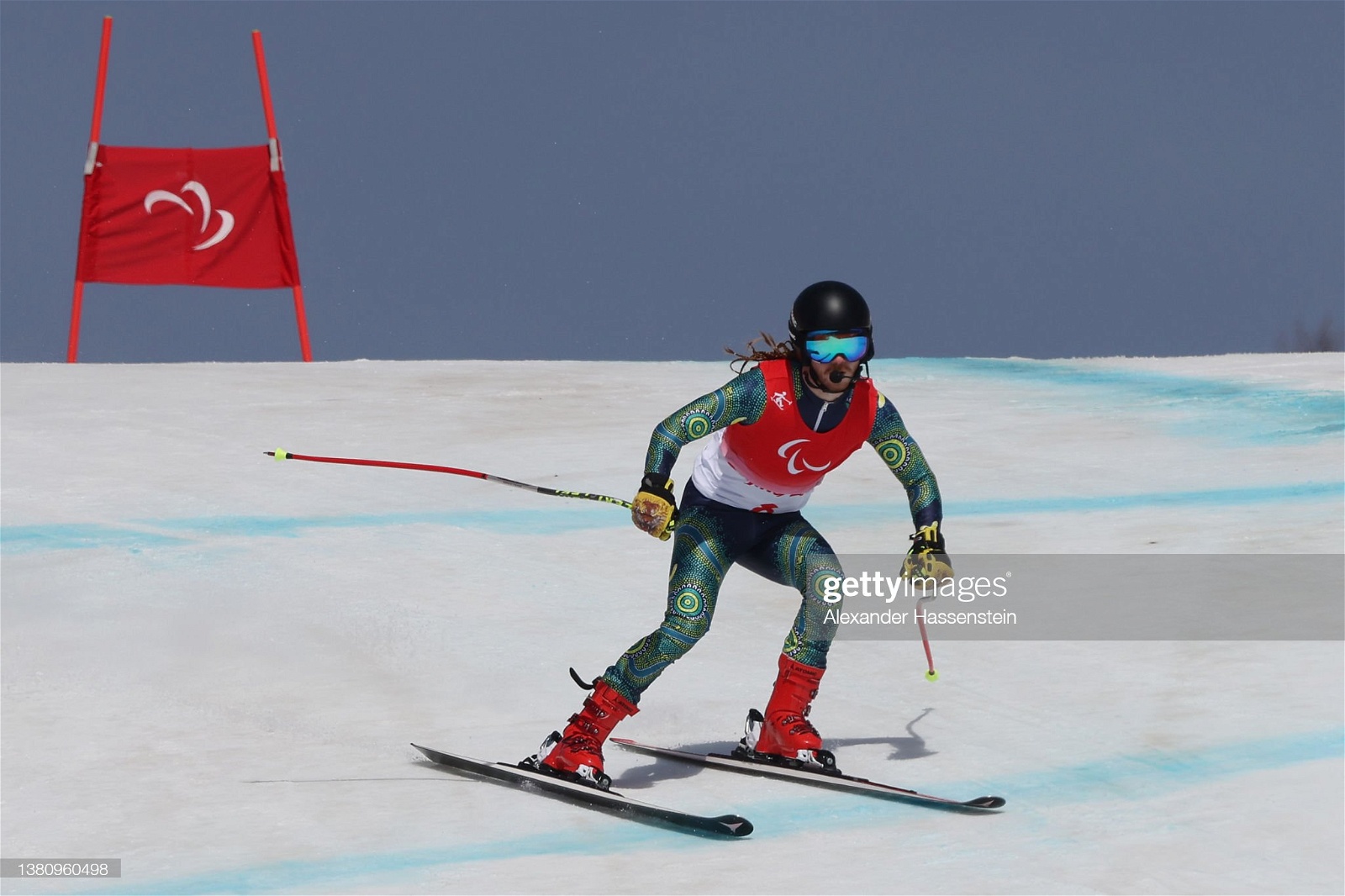 Peters and Pedersen swap gold and silver the second time around

After going one and two in the sitting downhill event on day one Corey Peters and Jesper Pedersen's fierce competition continued with Pedersen coming out on top in the Super-G event, finishing in a blistering time of 1:09.69.

Peters was 0.47 seconds off the pace but achieved a personal record winning his first Paralympic medal in the Super-G and two medals in the one Games for the first time in his career.

Taiki Morii won his second medal for the Games and the fifth Paralympic medal of his career claiming bronze, confirming that Morii is back in the form fans saw 12 years ago where he won a silver and a bronze. With his specialty the Giant Slalom still to come, it isn't out of the question that Morii could leave Beijing with a career-best performance.

The sitting classification also featured Australian Sam Tait who got off to a strong start but hit a turn late, coming unstuck and missing a gate, ruling him out of contention.

China's Liang Jingyi won gold in the standing classification finishing in a time of 1:09.11, 0.24 seconds ahead of silver medalist Markus Salcher. Canadian Alexis Guimond was also under a second away from the gold medal but had to settle for bronze finishing in 1:10.02.

Aussie Mitchell Gourley was back on course in the standing classification but similar to Tait crashed in the middle of the course resulting in him being ruled as a DNF.

Neil Simpson with the guidance of his brother Andrew won Great Britain's first gold of Beijing 2022, finishing in the fastest time on course from any classification with a time of 1:08.91. Italy's Giacomo Bertagnolli finished in the silver medal position finishing 0.40 seconds behind Simpson, and Johannes Aigner continued his brilliant form winning bronze after claiming gold in the downhill on day one.

Australia's favourite duo of Patrick Jensen and guide Amelia Hodgson were back on course with spirits just as high finishing in sixth with a time of 1:16.26.

Momoka Muraoka won her second medal in two days by claiming Super-G gold in the sitting classification, finishing at a time of 1:23.73. She was joined on the podium again by Germany's Anna-Lena Forster who claimed her second silver 0.11 seconds behind Muraoka.

They were joined on the podium by China's Zhang Wenjing claiming China's second bronze in the sitting classification after Liu Sitong won bronze on day one.

In the standing classification, Zhang Mengqiu claimed her second medal of the games, this time going one better than her downhill performance winning gold, finishing in 1:13.54.

Marie Bochet got redemption from day one winning silver in the Super-G winning the ninth Paralympic medal of her career but her first silver medal. Canada's Alana Ramsay rounded out the podium winning bronze finishing with a time of 1:16.84.

Zheng took out gold finishing with a time of 43:09.2 with Mao just 14.6 seconds behind demolishing the rest of the field and making it look easy in the process.

Bronze medallist, Canada's Collin Cameron was four and a half minutes slower than the Chinese duo, claiming his fourth Paralympic bronze medal.

In the women's event, it was another double podium for China with Yang Hongqiong winning gold with a time of 43:06.7, meanwhile, Li Panpan won bronze finishing in 45:17.0.

Oksana Masters continued to prove why she's the most dominant athlete in Para sport at present winning her second medal of the games in a second sport, taking out silver over a minute and a half ahead of Li.

Where has China been hiding all these years?

China's debut into the Para-Ice Hockey at the Paralympics couldn't be going any better, backing up its 7-0 win against Slovakia on day one with a 5-2 victory over the Czech Republic.

The victory confirmed that China will finish on top of Group B securing a place in the quarter-finals and will likely end up on the opposite side of the finals draw to the United States.

The second match from Group B between Slovakia and Italy was a tough slog with neither side managing to score in the three periods or the first overtime period. But Italy thrived in the shoot-out scoring three goals from four shots while Slovakia only scored two goals.

The United States' reign could go largely undisputed if its first matches are anything to go off, after the dominant victory against Canada on day one the match against South Korea could only be described as brutal.

Scoring five goals in the first period and four in the second, the Americans could have let the match get even more ugly in the third period, however by taking the foot off the pedal in the final period allowed for the Koreans to snatch the opportunity to score their solitary goal.

Canada's crusade to gold is off to a flying start

In the Wheelchair Curling, Canada and Sweden are both off to the ideal starts notching big wins across two sessions.

The Canadians got off to a flying start against Latvia scoring four points off the first end, Latvia managed to score singles in the second and third ends before Canada went on the offensive scoring a double in the fourth end and four points again in the fifth. Latvia scored again in the sixth but ultimately had to concede 10-3 down.

Sweden's match against China was a tougher win with two of the first three ends blanked. The Swedish scored all five of their points before China managed to get its solitary score in the seventh end before it had to concede.

Norway had two matches on day two, the first against Slovakia, with the Norwegians dominating play and taking out a 9-3 victory, with Slovakia's three points coming from a triple on the fifth end. In their second match against South Korea, it wasn't smooth sailing with the Koreans sealing the match with a four-point end to beat Norway 9-4.

China got its first win on the board against Estonia, beating the Baltic nation 9-3, however, the Chinese will need a few more big wins if they hope to defend their gold medal from 2018.