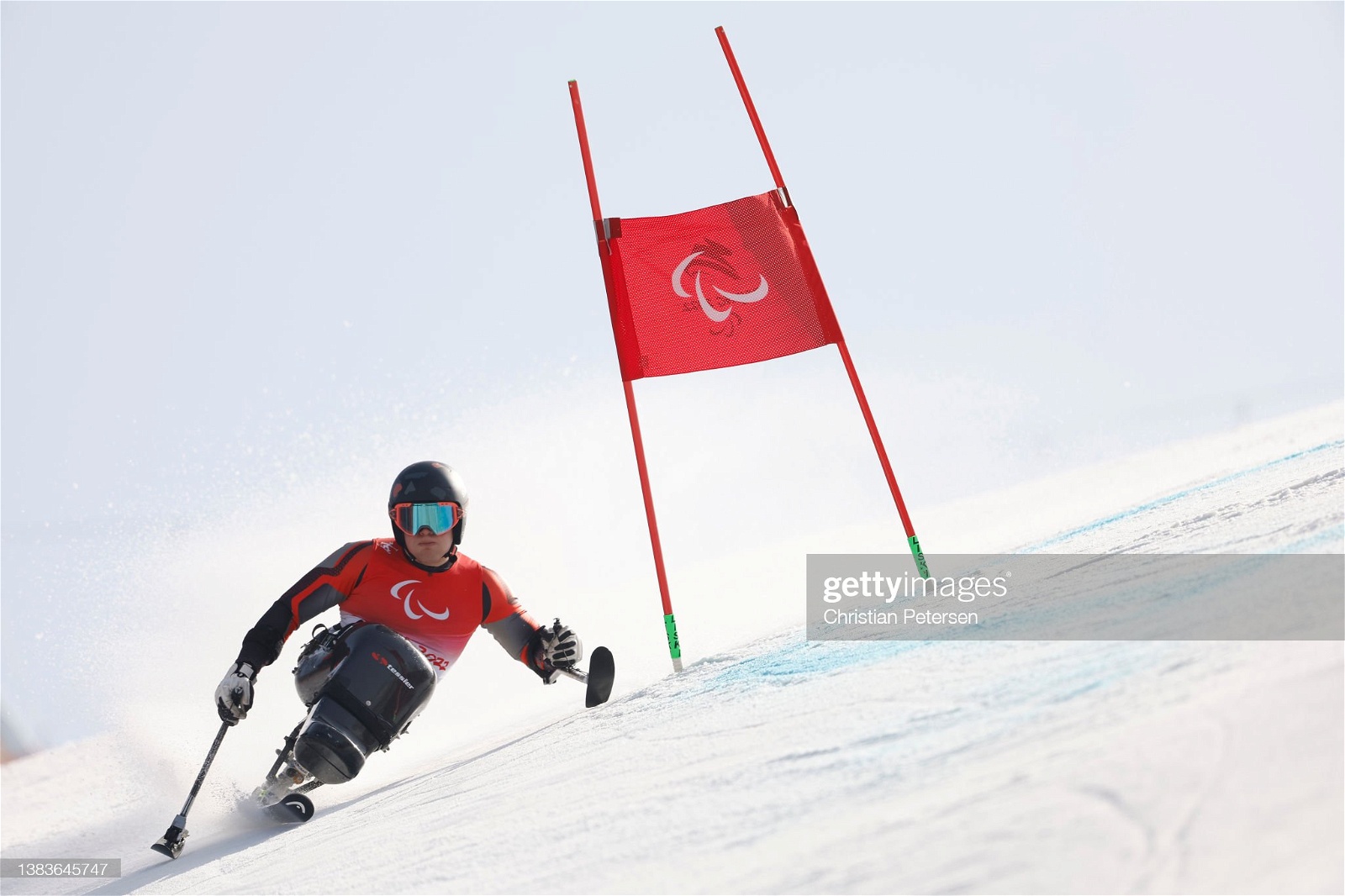 Pedersen and Aigner one away from medalling in every Alpine event

Gold medallists in the men's giant slalom in the visually impaired and sitting classifications, Johannes Aigner and Jesper Pedersen are both one medal away from winning a medal in every Alpine event with just the slalom to go.

16-year-old Aigner put up two confident runs in the visually impaired classification sitting in second after the first run with a time of 55.91 to sit in second but was well out in front in the second run crossing the finish line in 53.43 over two and a half seconds faster than any of the other finishers for the second run.

He had a combined time of 1:49.34 putting Aigner ahead of silver medallist Giacomo Bertagnolli by 1.68 seconds, who claimed his third medal for the games. Slovakia'sMiroslav Harausrounded out the podium with a total time of 1:54.92.

Australia's Patrick Jespen was also in action finishing in ninth after his first run but unfortunately did not finish in his second run.

In the standing classification, Finland's Santeri Kiiveri won his second medal of the games, taking out gold after winning super combined silver earlier in the week, Kiiveri finished with a time of 1:55.04, winning by the skin of his teeth as silver medalist Thomas Walsh of the United States finished just 0.04 seconds off the pace.

France's Arthur Bauchet claimed bronze less than half a second off Kiiveri's time winning his third medal of the games.

Mitch Gourley got his best result of the games so far finishing in 10th with a total time of 1:59.27, improving his time in his second run despite having a lower ranking.

22-year-old Jesper Pedersen's dominance continued claiming his third gold of the games in the sitting classification, finishing with a time of 1:54.20, producing the best time in both of his runs.

Renè De Silvestro became the second Italian to medal on the Beijing slopes, finishing 3.30 seconds behind Pedersen to claim silver, while China's Liang Zilu won bronze with a time of 2:00.92.

History was made off the podium, however, with Argentina's Enrique Plantey achieving the best result by a South American at the Winter Paralympics finishing in fourth with a time of 2:03.14.

Australia was represented by both Sam Tait and Josh Hanlon, Hanlon faired better out of the two Australians finishing in 11th with a total time of 2:09.81, Tait was seven seconds back from his compatriot finishing in 2:16.40 to sit in 22nd.

After 55 matches the round robin for the Wheelchair Curling competition is complete with China topping the leaderboard and Sweden, Slovakia and Canada joining the Chinese in the semi-finals.

It was an eventful day with three sessions playing out to decide who would contest for a medal this weekend.

Canada and Norway clashed with the Canadian's saving the match at the death, staring down a loss if it weren't for a triple scored on the final end to put them ahead with the final score coming out to 7-6.

China's slow start to the tournament was a thing of the past, beating Great Britain 6-3 in seven ends while Slovakia became the third country to score five on a single end sealing an 8-6 win against Switzerland.

Sweden closed out the session with a 7-10 win against the United States, winning in seven ends and becoming the fourth country to score five on a single end, putting the United States in a situation where they had to concede midway through the final end when victory or forcing the match to extra ends became impossible.

The second session of the day featured an important win for Estonia against Switzerland, winning 8-6 securing Switzerland's 11th place finish. Great Britain's 8-4 win over Latvia was the nail in the coffin for Latvia keeping the Baltic nation out of the semi-finals and the United States bounced back from the earlier loss to win 6-7 over South Korea.

Ahead of the final session China, Canada, Slovakia and Sweden had all locked in a place to the semi-finals but the order of the top four was still up to fate.

Latvia was utterly demolished by China with the 2018 gold medallists taking out a 9-2 win in six ends to secure the top spot with eight wins and two losses.

South Korea caused an upset that was too little too late, managing to beat Sweden 10-4, scoring five points in the sixth end, but with just five wins for the tournament they were knocked out, meanwhile, Sweden kept its third-place ranking.

Slovakia looked shaky early in the match against Estonia but stormed home to win 7-6, scoring a double to finish the match. This allowed Slovakia to leapfrog Canada and Sweden to finish in second.

China will play Canada in its semi-final, a rematch of 2018's semi-final that resulted in a 4-3 win for the Chinese.

Meanwhile, Slovakia and Sweden will face off, with Sweden hunting its first medal since the 2010 Vancouver Paralympics, and a win guaranteeing its best finish at a Paralympics, and Slovakia is after its first Paralympic curling medal having already achieved a historic result reaching the semi-finals.