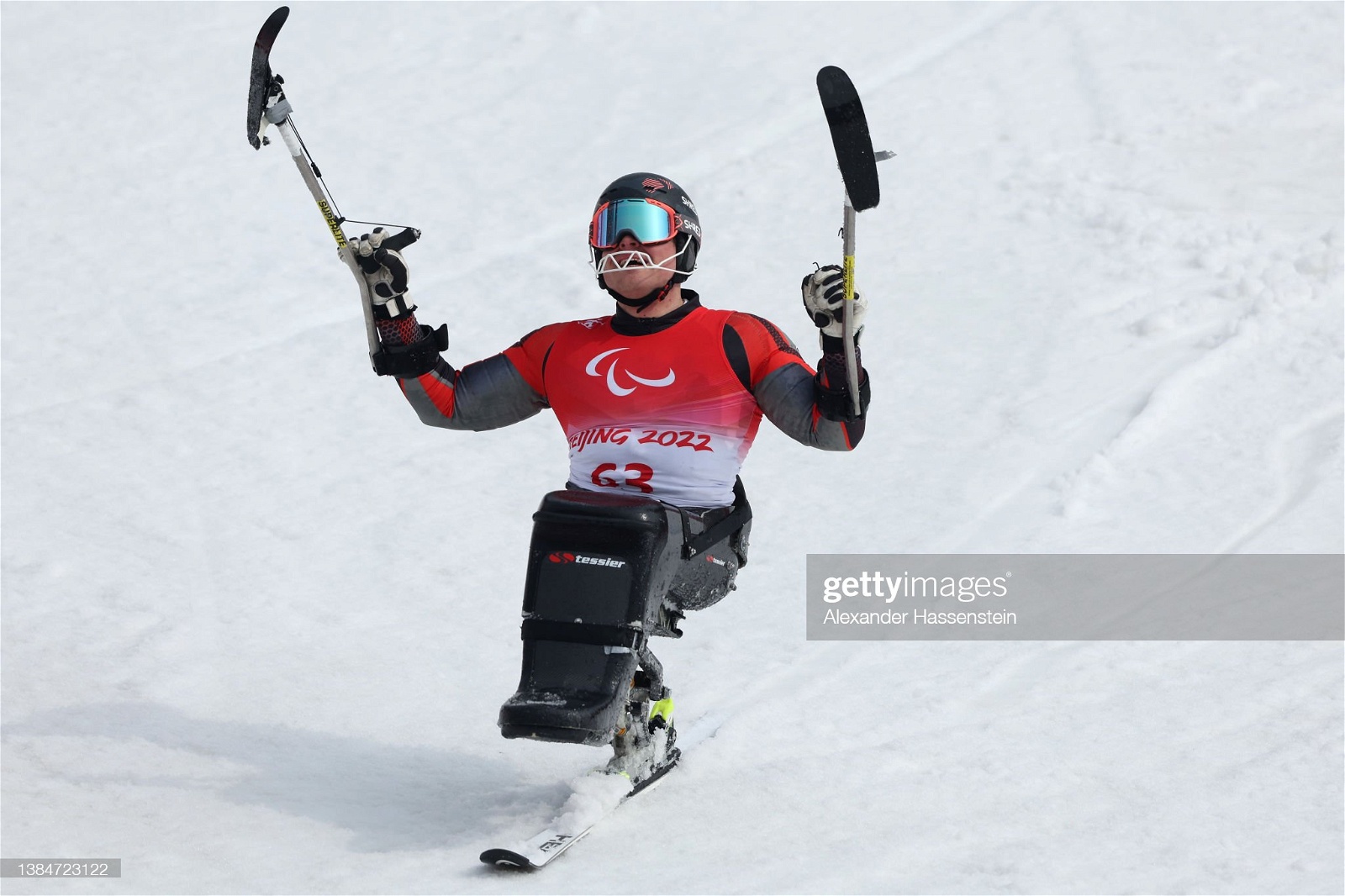 One last gold for Jesper Pedersen

Jesper Pedersen's incredible Beijing 2022 ended on a high claiming his fourth gold of the games in the sitting classification of the slalom event. Blitzing the competition in the first run with a time of 41.19 the Norwegian had a handy lead. The second run was much slower finishing with a time of 49.91, however lucky for him it was a problem for the entire field, still having the fastest time in the second run.

Niels de Langen claimed his second medal of the games, this time silver finishing with a combined time of 1:37.18 and Italy's Renè De Silvestro earned himself a bronze medal finishing in 1:38.44, protected by his first run time after finishing in seventh in the second.

Aussie Josh Hanlon had his best performance of the games finishing in sixth, managing the slower conditions better than most and producing the third-best time in the second run for a combined time of 1:43.68.

Johannes Aigner was unable to complete the Aigner gold medal sweep in the technical events but was still rewarded with a silver medal for his efforts in the visually impaired classification, with super combined gold medallist Giacomo Bertagnolli finishing just 0.28 seconds ahead of him.

It was a well-deserved gold with Bertagnolli producing the sole sub-40-second run of any skier in the Alpine Slalom events in his first run with an incredible 39.62 and managed a time close enough to Aigner's in the second run to stay in the gold medal position.

They were joined on the podium by Slovakian Miroslav Haraus who won his second bronze medal of the games but finished well behind the gold and silver medallists with a 9.40 second time difference between Haraus and Bertagnolli.

Australia's Patrick Jensen was on course once again finishing ninth in both of his runs but because of how tight the field was after course conditions changed, finished eighth overall with a time of 1:51.88.

Lastly was the standing event where Frenchman Arthur Bauchet took out his third gold medal of the games in a relatively tight competition between the top three. Bauchet built a sizable lead after the first run making it down the course in 40.38, however, in the second run China's Liang Jingyi faired better.

It wasn't enough to overcome Bauchet's lead eating into just 0.22 seconds of his near three-second lead, but it was good enough for Liang to earn himself a silver medal after Adam Hall lost his lead over Liang finishing 1.50 seconds behind the silver medallist in the second run. Hall still claimed his second medal of the games and earned New Zealand its fourth Alpine skiing medal of Beijing 2022.

Aussie Mitch Gourley put up a solid first run to sit in 11th but like many others in the standing classification on day nine was unable to finish his second run and was ruled as a DNF.

The cross country skiiers are in a league of their own

It was just the relay events remaining in the Cross Country Skiing on day nine and the United States took out mixed gold whilst Ukraine took out gold in the Open event.

Oksana Masters earned her third gold medal of the games alongside teammates Jake Adicoff, Sydney Preston and Daniel Cnossen with the Americans beating their nearest opponents by 26 seconds finishing with a total time of 25:59.3.

The Chinese team who had dominated in multiple events these games took out silver with Zheng Peng winning his fourth medal of the games, he was joined on the team by Shan Yilin, Wang Chenyang, Cai Jiayun with the team finishing with a total time of 26:25.3.

Bronze medallists Canada made the daring decision to complete the race with their top female performer Natalie Wilkie rather than Mark Arendz or Collin Cameron and it paid off with Wilkie overtaking Ukraine's Oleksandra Kononova shortly after the final change. 31-year-old Emily Young completed the team as the second athlete to race.

The Open event stayed true to its name with nations trying their hands at different strategic techniques to see how they might be able to capitalise and reach the podium. As a result none of the top three nations used the same number of athletes to complete the relay event.

Gold medallists Ukraine went with the conventional route using four athletes in their quest for gold with the nation's top performers in the visually impaired classification Dmytro Suiarko and Anatolii Kovalevskyi starting and ending the race respectively. Grygorii Vovchynskyi and Vasyl Kravchuk filled out the middle portion of the race.

Kovalevskyi had a big job to do in the final leg of the race coming back from fourth to first in the final 2.5km beating a one-minute time deficit to win by 25.1 seconds.

French duo Benjamin Daviet and Anthony Chalençon took up the responsibility to win a medal, with both completing two legs of the race to take out silver, with Daviet skiing the first and third legs and Chalençon the second and fourth. The French led at the final change and but unfortunately put up their worst time of the race earning a silver medal.

Rounding out the podium was Norway with possibly the strangest composition in the open event using three athletes with Kjartan Haugen competing in the first and third legs.

Vilde Nilsen kept a consistent pace in the third leg, maintaining Norway's fourth position that Haugen attained in the first leg and when it was the team leader's turn again he boosted Norway another place to sit in the bronze medal position with just Thomas Oxaal to go, Oxaal's leg brought the Norwegian's 30 seconds closer to the silver however it wasn't enough, still 10 seconds off the pace of the French.

Sometimes it does go to script

For those that were hoping for an upset in the Para-Ice Hockey, the gold medal match wouldn't have been an easy one to watch with the United States showing its class once again beating Canada 5-0.

Declan Farmer ends the tournament as the top points scorer for the second consecutive Paralympics with 18 points. Today he scored two goals as well as providing an assist to Joshua Pauls.

However, it wasn't the disciplined performance we're used to seeing from the Americans receiving 10 minutes worth of penalties to Canada's two, the bulk of which were handed out in the final five minutes of the second period, forcing the Americans to play with two players down for almost a full minute.

Canada was unable to capitalise on this ill-discipline however, handing the United States its fourth consecutive gold medal at the Paralympics.