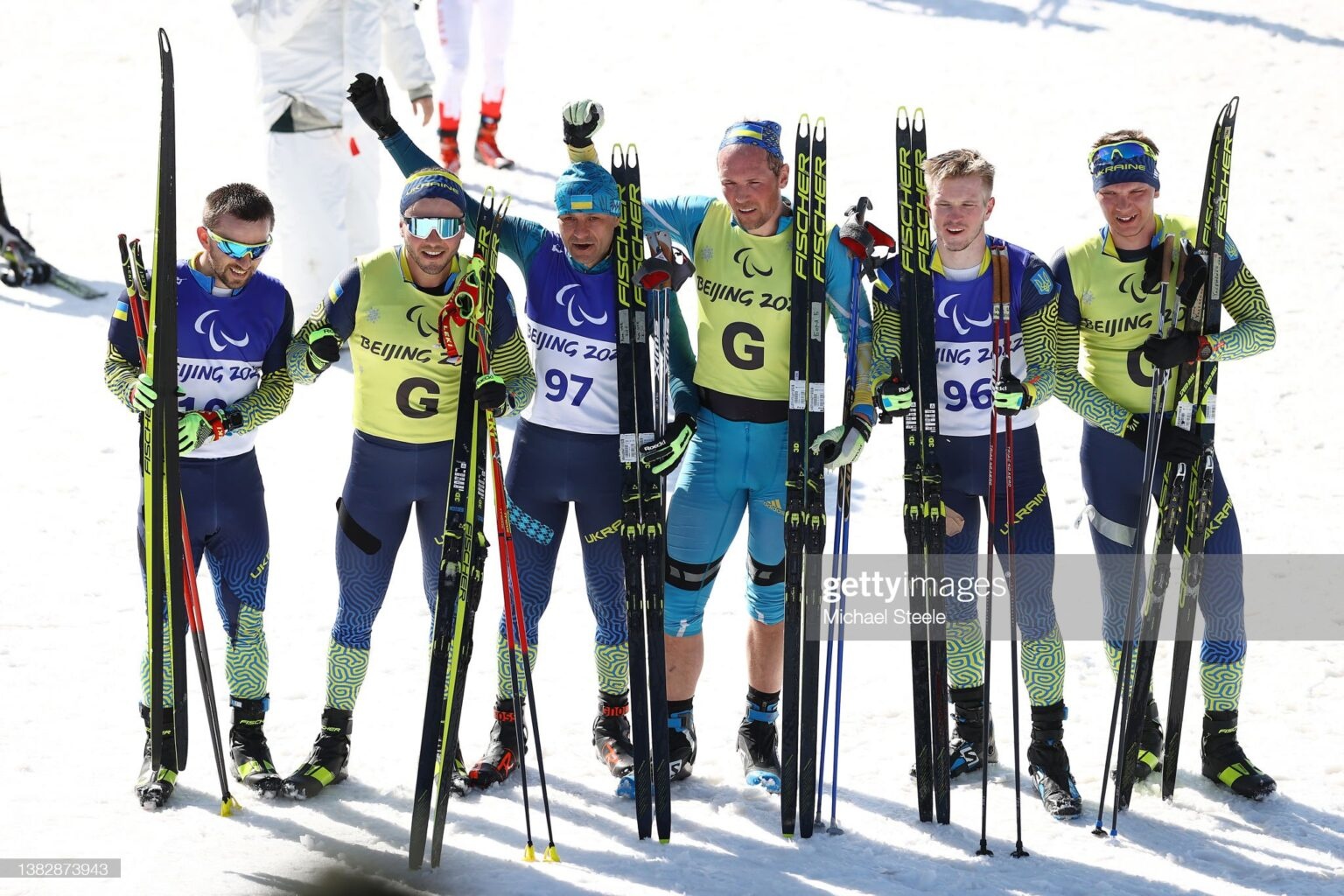 In the six events, offering 18 medals today, Ukraine took home half of these more than doubling its total medal tally from the opening three days of the game.

There was also the final pool games in the Ice Hockey, where Canada responded from its loss to the United States on the opening day with a convincing 6-0 win over Korea.

Gretsch's gold medal adds to her tally that also includes a bronze from the Women's Sprint Sitting Para Biathlon event.

Anja Wicker finished with the bronze medal for Germany, 2:33 behind the Paralympic Champion.

Ukrainian athlete Taras Rad added to his country's tally with a Bronze, a further three seconds back from Fleig.

It was a clean sweep for Ukraine, as Iryna Bui was named the Women's Middle Distance Standing Paralympic Champion with a time of 36:43.1 and a shooting percentage of 96 per cent.

She was joined on the podium by countrywomen Oleksandra Kononova and Liudmyla Liashenko, who took the silver and bronze medals respectively.

It was a close race with the top three finishing within 15 seconds of each other, the next athlete a further 20 seconds behind the final place on the podium.

In the Men's Middle Distance Standing Canadian Mark Arendz won his second medal of the games, finishing first to add another gold medal to his collection. The 32-year-old's gold medal adds to the bronze he secured in the Sprint Standing, and is his 10th Paralympic medal.

He has had a decorated career spanning four Games so far, and previously won one other gold medal in 2018 when he became champion in the 15km Para Biathlon.

It was an incredibly tight finish between Walter and Shyshkova, with just 3.7 seconds separating the pair. All three podium finishers shot at 99 per cent accuracy.

There was another Ukrainian medal sweep in the Men's Middle Distance Vision Impaired event, though there was a clear gap between each athlete and their guide.

In fact, fourth and fifth positions were also held by Ukrainian athletes for a complete sweep of the competition.

After falling to a tough loss against the United States in a rematch of the Pyeongchang gold medal match, Canada has bounced back with a 6-0 win over Korea in the Para Ice Hockey.

The win secures Canada second place in Group A, which will see it play in the semi-finals.

James Dunn scored a hat-trick and added an assist to help his side to the convincing victory.

It was a fast start for the Canadians, who scored twice in the first period and added another in the second.

Korea fought back in the final period, but was unable to add to the scoreboard and conceded a further three goals.

It was not an unsurprising result, as Canada is the second team in the world rankings and Korea is fourth, however, it was as dominant a victory as we've seen with Korea taking just four shots on goal to Canada's 42.

Despite dropping both of its pool games, Korea finishes third in Group A due to the absence of Russia from the Games, and will be a part of the top three who progress to the knockout stages.

In Group B, China dominated over Italy for a 6-0 victory that sees them clinch top spot in Group B with the maximum nine points. China will advance to the qualifying finals with the result.

It was a fast start for the home team, opening the scoring in the first 16 seconds through Wang Zhi Dong to take an early 1-0 lead.

Xue Song and Dian Peng added to the scoreboard for a 3-0 lead, before a Hu Guangjian goal made it a 4-0 lead at the end of the first period.

The scoring continued through Wang Zhi Dong, who scored his second, and then was rounded out by Dian Peng who scored another for the 6-0 win.

It was a surprising result as South Korea was sitting 1-3 before the match and struggled against top four teams Latvia and China, while losing to lowest ranked side Switzerland.

Despite the loss, Canada remains near the top of the standings.

Latvia's win was expected, but also important to remain in the top four more than halfway through the round-robin competition.

In the second session for the day, PyeongChang 2018 silver medallists Norway gave Latvia a shock loss, defeating them 8-6.

Sweden moved to the top of the standings with a 6-4 win over Estonia, while Slovakia brought South Korea back down to the earth with a 7-2 defeat.