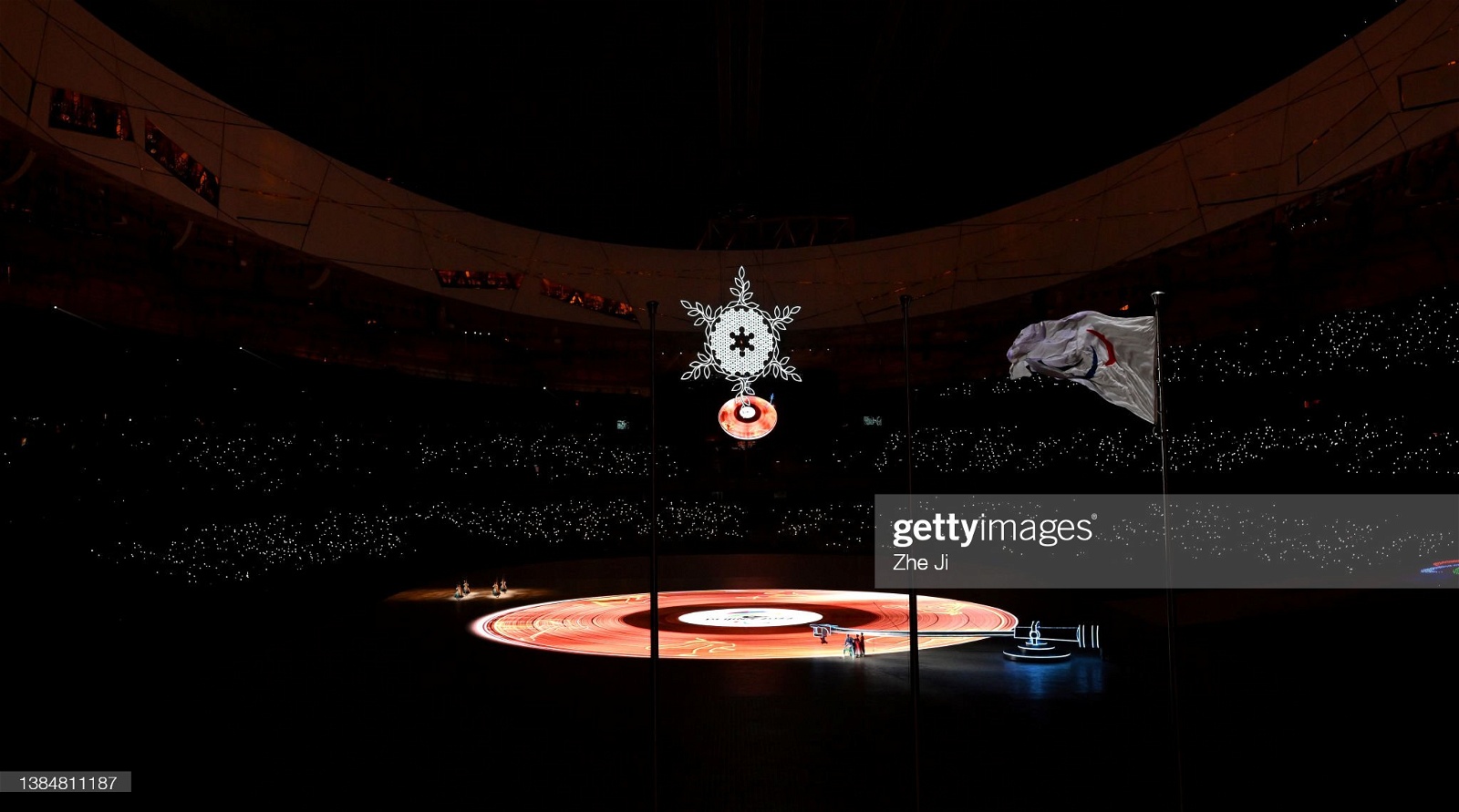 The Closing Ceremony of the Beijing 2022 Winter Paralympics is deserving of many adjectives but if we could only hand out three it would be those that IPC president Andrew Parsons used in his closing speech, "Stunning, secure, spectacular."

The Closing Ceremony of the Beijing 2022 Winter Paralympics is deserving of many adjectives but if we could only hand out three it would be those that IPC president Andrew Parsons used in his closing speech, "Stunning, secure, spectacular."

The Closing Ceremony of the Beijing 2022 Winter Paralympics is deserving of many adjectives but if we could only hand out three it would be those that IPC president Andrew Parsons used in his closing speech, "Stunning, secure, spectacular." With one performance after another reminding viewers of the past nine days and sending a powerful message of gratitude.

Thank you to the volunteers

A detail of the Closing Ceremony you may not have even noticed was the addition of a crowd. Largely made up of volunteers from the games, it was fantastic to see a crowd sizable crowd for the first time since the beginning of the Olympics and Paralympics.

Six volunteers were also presented with a special Shuey Rhon Rhon and the crocheted flowers in a medal ceremony-esque moment presented by the newest members of the Paralympic Athletes' Commission.

This was followed by a dedicated video of thanks highlighting moments from the games of the volunteers and their work as well as wholesome moments of them interacting with the athletes.

For the record this is gonna be big

The opening performance of the Beijing 2022 Paralympics included the digital projection of a giant vinyl record accompanied by harps.

As the record continued to spin the pictograms of the six sports were etched into it which lead into a highlights package of some of the incredible moments of this years Paralympics, including shots of Oksana Masters, the crash tackle hug of the Team Unicorn members following the Men's LL2 Snowboard Cross final and of the 30 Alpine skiing medal moments.

Ode to the athletes

The all too famous sounds of Ode to Joy rang out as the flags of the competing nations entered the Birds Nest. Many of the familiar faces people have grown to love carried out their nation's flags including Mollie Jepsen of Canada.

Australia was the third last nation to enter the stadium with our lone medallist, Ben Tudhope proudly waving the flag decked out in the country-style uniform.

Unfortunately unlike at the Olympics fans weren't treated to the athletes of other countries milling together taking photos on the floor of the Birds nest with those that weren't flag bearers being ushered to their seats as they entered the stadium.

Once again mascot Shuey Rhon Rhon was a prominent feature welcoming the athletes into the stadium, dancing alongside the volunteers as the vinyl record morphed into a spinning globe.

Love is crucial to the Games' success

The giant vinyl record returned for a beautiful performance ofYou Raise Me Upwhich featured able-bodied performers as well as performers with a wide range of impairments.

As the performers sang and danced the projection on the floor featured silhouettes of different people embracing one another, celebrating love in particular. The number ended with the image of the record turning into the same smiley face that was used in the opening ceremony with the performers that were a part of the dance portion of the number spelling out love with lights.

However, once the flag was handed over to the Italian delegation viewers were treated to a spirited rendition ofIl Canto degli Italianias the Italian flag was raised alongside the Chinese flag.

The countdown to the extinguishing of the Paralympic flame was one of the boldest moments of the closing ceremony with the record on the floor morphing into a clock face with the sound 13 of timpani drums, representing the 13 Winter Paralympics, sounding out across the Bird's Nest as several moments from the games were replayed across the digital floor.

But in the final moments, it was a lone violinist playing as the flame died down and finally went out.

A chorus returned to sing the Snowflakes song with a small girl holding out the Agitos drawn on her hand. As attention turned to the sky the Paralympic waltz from the Opening Ceremony began again, couple with ribbon dancers on the outskirts of the performance, adding colour to the beautiful performance where viewers were reminded of the Games' motto "Together for a shared future."