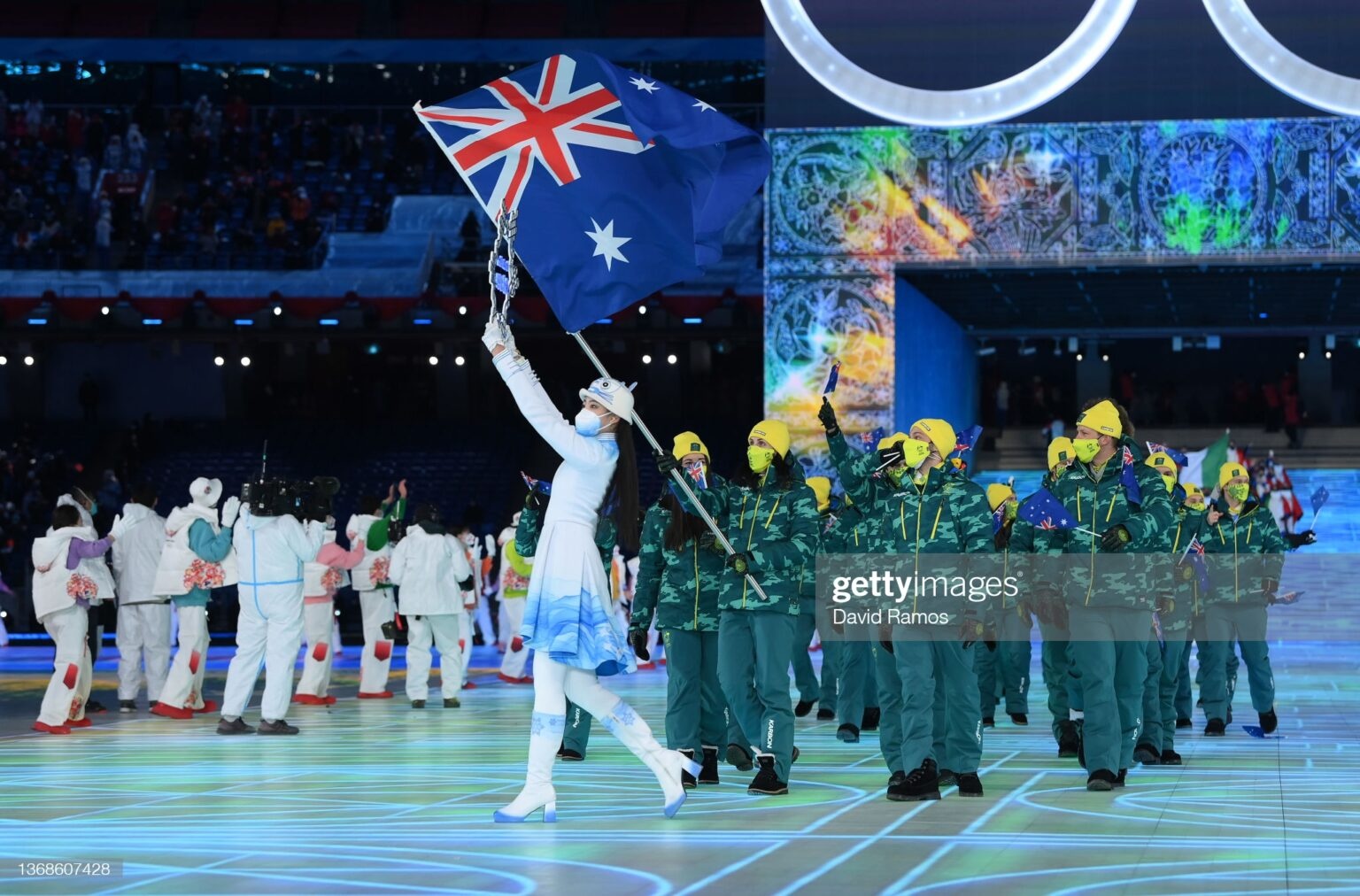 The Beijing 2022 Winter Olympic Games were officially opened last night. Here's all the action from the Bird's Nest in case you missed it!

The Beijing 2022 Winter Olympic Games were officially opened last night. Here's all the action from the Bird's Nest in case you missed it!

Last night,winter took over Beijing's National Stadium as the 2022 Beijing Winter Olympics were officially opened at the Opening Ceremony.

The home of the 2008 Summer Olympics was transformed into an icy haven for every nation participating in the games.

It was a two-hour affair, with the Chinese locals, and an international television audience tuning in to see a beautiful display of Chinese culture, and the nations competing over the coming fortnight.

Here are the key moments and highlights of the Beijing 2022 Winter Olympic Games Opening Ceremony.

Returning to the Nest

Those who tuned into the 2008 Summer games, and tonight's opening ceremony might recognise the distinctive, woven steel of the Beijing National Stadium.

The venue was designed by Ai Weiwei, with the design symbolising freedom, openness and optimism. However, Ai has since been exiled to Europe after speaking out against the Chinese Communist Party.

In 2008, all 90,000 of its seats were full of enthusiastic Chinese locals and international sporting fans. However, in 2022, the capacity has been reduced significantly due to Covid-19 restrictions.

However, the several thousand Chinese citizens in attendance were keen to tell the world how excited they are for the upcoming games, ignoring the organisers' order to clap, rather than cheer.

After a crowd-less Tokyo 2020 Games, fans in the stands were a welcome sight indeed, even if there were still Covid-19 restrictions capping the numbers.

An introduction to China

In the 24th Winter Olympic games, we were introduced to the 24 Jie Qe or, the 24 solar terms of the Chinese lunar calendar. The terms were explained through a countdown which was broadcast to the stadium and screens at home.

They were created by farmers in Ancient Chinese farmers, who used the sun's position in the zodiac to guide agricultural activities. These terms reflect changes in nature, and play a crucial, influential role in determining people's needs, even in today's day and age.

Beijing 2022 opened as lì chūn, or spring, a period of growth and new life, begun.

Viewers crossed to the Bird's Nest, where dancers held flexible, green, luminescent poles that mimicked grass swaying the breeze. Below the dancers, was a floor illuminated in blues and greens - which quickly transitioned to white and blue, symbolising the arrival of the Winter Games.

The Chinese flag was then passed through the various ethnic groups of China. Each group was represented by someone in their traditional dress. In the background, a young boy in white played the melody of 'My Motherland and I' on the trumpet.

This was then proceeded by those in the ethnic dress singing the 'March of the Volunteers'.

An ode to China's mother river, the Yellow River lit up the stadium, with blue lights flooding the main stage. The river froze over and an ice cube emerged. It was quickly carved by laser beams, with each of the past games shown in a technicolour display.

Soon, the ice broke and the Olympic Rings emerged.

The Parade of Nations

The Parade of Nations introduced the 96 nations participating of Beijing 2022. Volunteers in multicoloured clothing and masks reading 'welcome' greeted every country with a cheery wave and dance. Soundtracking the march, were a plethora of well-known classical music pieces.

As per usual, Greece entered the stadium first, with China, the host nation last. In a new tradition started at Tokyo 2020, the next Games' hosts entered second last. Italy is the host of the 2026 Games and therefore was the penultimate nation to walk out.

Accompanying each country were women dressing in white carrying a snowflake - which would be an important part of the ceremony later on. The snowflakes' designs were intended to be unique in true snowflake fashion.

Instead of every country walking out in alphabetical order in accordance with the host nation's language. However, China's main language, Mandarin, is a pictorial language and does not have an alphabet. Nations entered based on stroke order, the more strokes in a country's name, the later they entered the stadium.

Australia had the most strokes in its name, and therefore entered 89th, with skier Laura Peel, and figure skater Brendan Kerry bearing the flag.

With all the athletes in place, IOC president Thomas Bach and Beijing Organising Committee president Cai Qi addressed the crowd. Recurring themes included peace and gratitude - topical, given the times we live in.

After, Chinese President Xi Jinping was invited to the lectern, where he officially opened the games.

The opening ceremony focused on Beijing 2022's slogan 'together for a shared future,' as well as the IOC's motto "faster, higher, stronger - together."

Children and youth were emphasised in the latter part of the ceremony. John Lennon'sImagineaccompanied images of the world's future, in sport, academics, arts and otherwise displayed on the LED floor.

In a world still rife with Covid-19, there is plenty of reason to hope for peace and a better future.

Additionally, the Games' message also comes amid rising tensions between Russia and Ukraine and concerns regarding human rights violations in China. Those violations saw a number of countries diplomatically boycott the Winter Games.

The Malanhua'er Children's Choir from Hebei province stole the show as the Olympic flag was raised. Choir members' clothing included tigers, to celebrate the Chinese New Year and the year of the tiger.

More children came on stage with white dove figurines, also symbolising peace, as the choir sang an original song about snowflakes. They danced around the Olympic Cauldron, created from the snowflake placards used in the parade of nations.

Clearly, unity, peace and a better, brighter future was a clear focus of the Beijing 2022 Opening Ceremony director, Zhang Yimou.

The flame entered the stadium, with seven torchbearers used in the ceremony. Athletes Dinigeer Yilamujiang and Zhao Jiawen stood behind the cauldron and connected the torch to the smaller snowflakes making up the snowflake.

The torch is alight, as were the night sky of Beijing. Beijing 2022 is officially open.