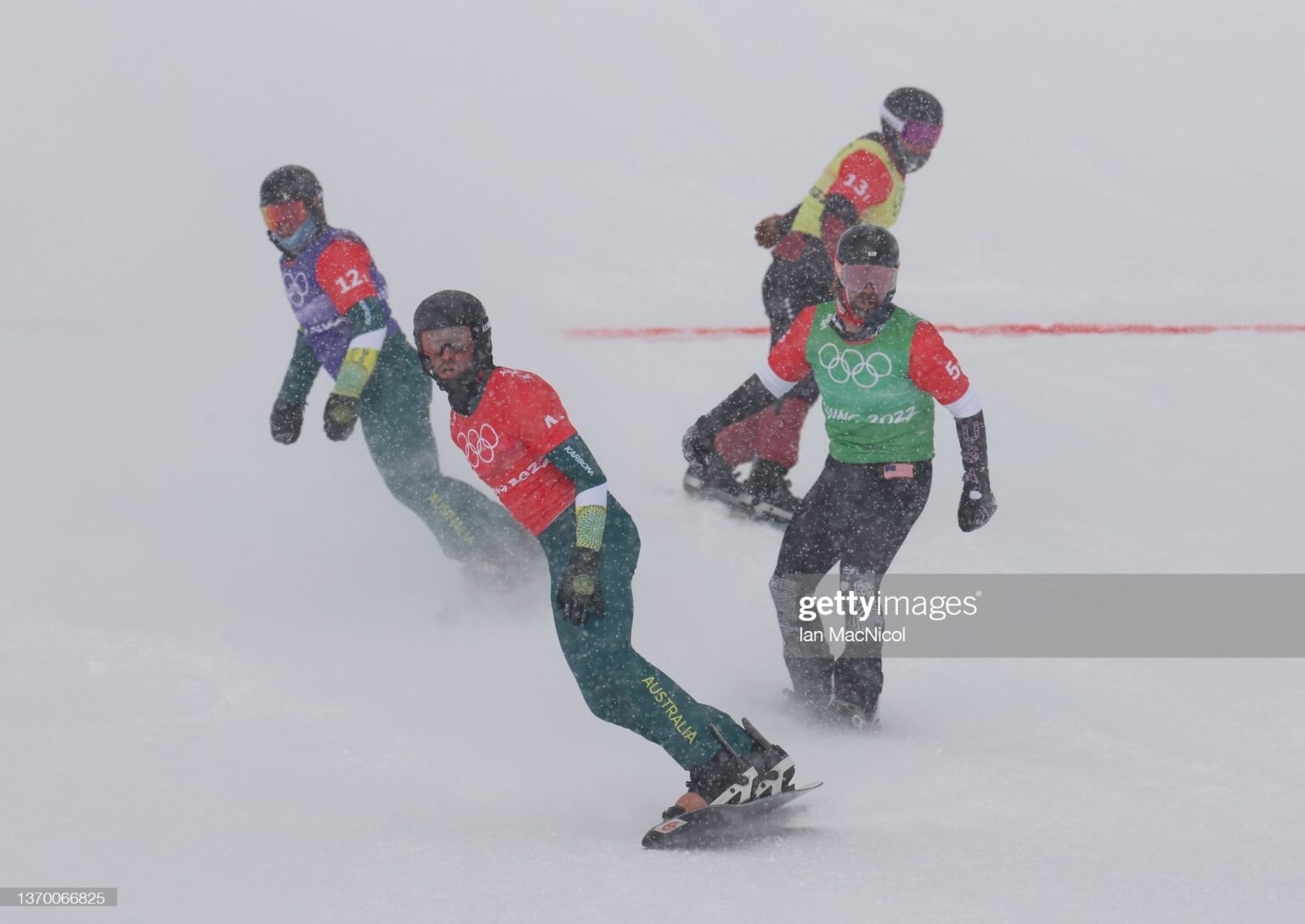 Day Eight didn't go to plan for the Aussie snowboarders, as a star was rushed to hospital. Elsewhere, more medals were won across the disciplines.

Day Eight didn't go to plan for the Aussie snowboarders, as a star was rushed to hospital. Elsewhere, more medals were won across the disciplines.

Finally, Norwegian Biathlete Johannes Thingnes Bø maintains a perfect Beijing 2022 record. He has medaled in all three events he has entered so far, with another three still to come.

Brockhoff rushed to hospital, as Aussies crossed out in quarterfinals

Beijing 2022 is the first time the mixed snowboard cross relay has taken place, and it wasn't a good start for the Aussies.

Australia entered two teams, with Cameron Bolton and Belle Brockhoff making up the first team and Josie Baff and Adam Lambert in the second.

The two Australian teams, Switzerland, and the USA were in the second heat which produced a tight contest. Both Brockhoff and Baff crashed out during the women's run, with Baff recovering and completing the course.

Brockhoff wasn't so lucky, as she was sledded down the hill and rushed to hospital for scans. Fortunately, she had no damage and was able to return to the Athletes Village.

The USA and Switzerland advanced to the semifinals, where they met Italy 1, and Germany who beat France 2 in the first quarterfinal. In the third quarterfinal, the ROC and knocked out USA 2 and France 1 to advance to the semifinals. Finally, Great Britain and Italy 2 defeated Canada 2 and Austria to qualify for the semi final.

The first semifinal saw Italy 1, the USA, Germany and Switzerland go head to head, while Italy 2, Canada, Great Britain, and The ROC competed in the second semifinal. Italy 1 and 2, USA, and Canada went through to the medal final, as the others qualified for the small final.

Germany won the small final to come fifth overall, with Great Britain, Switzerland and the ROC following in that order.

Gold went to the USA's Nick Baumgartner and Lindsey Jacobellis - the first gold medallists in the event. Baumgartner overtook Italy's Omar Visintin on the line, giving his partner a 0.04-second headstart on Italian Michela Moioli. That head start was enough, as Jacobellis pipped Moioli on the line to lock in gold.

The podium was rounded out by Canada's Eliot Grondin and Meryeta Odine.

Norway's Johannes Thingnes Bø has secured his second gold medal for Beijing 2022, winning the men's 10km sprint on Day 8.

The 12-time-world champion crossed the line in 24:40.4 minutes, to win his third Olympic gold medal. Overall, Bø has three medals - two gold and one bronze at Beijing, with another three events still remaining.

25.5 seconds later, Frenchman Quentin Fillon Maillet finished the circuit in second position, taking out the silver medal. It was his third medal for the games, winning one gold and another silver.

In the final, the Norwegian produced a spectacular jump, scoring 151.3 points, which Ryoyu failed to beat, scoring 145.8.

Lindvik's two jumps combined for 296.1 points, allowing him to clinch gold by 3.3 points, with Ryoyu recording 292.8 for silver.

The ROC locked in gold in The Women's 4x5km Relay on Day 8 of Beijing 2022. Yulia Stupak, Natalia Nepryaeva, Tatiana Sorina, and Veronika Stepanova combined for a time of 53:41.00 to make the podium's top step.

Following them was the German team comprising of Katherine Sauerbrey, Katharina Hennig, Victoria Carl, and Sofie Krehl who finished in 53:39.2 to take silver.

Downhill skiers get their runs down pact

The Women's Alpine Skiing Downhill event had its first training session on Day 8 of Beijing 2022, with Swiss skier Priska Nufer finishing with the session's quickest time.

Switzerland made up half of the top 10, with Corinne Suter, Michelle Gisin and Lara Gut-Behrami occupying fourth to sixth place. Joana Haehlen finished in eighth.

Australia's only competitor in the event, Greta Small sits in 28th with a time of 1:36.40.