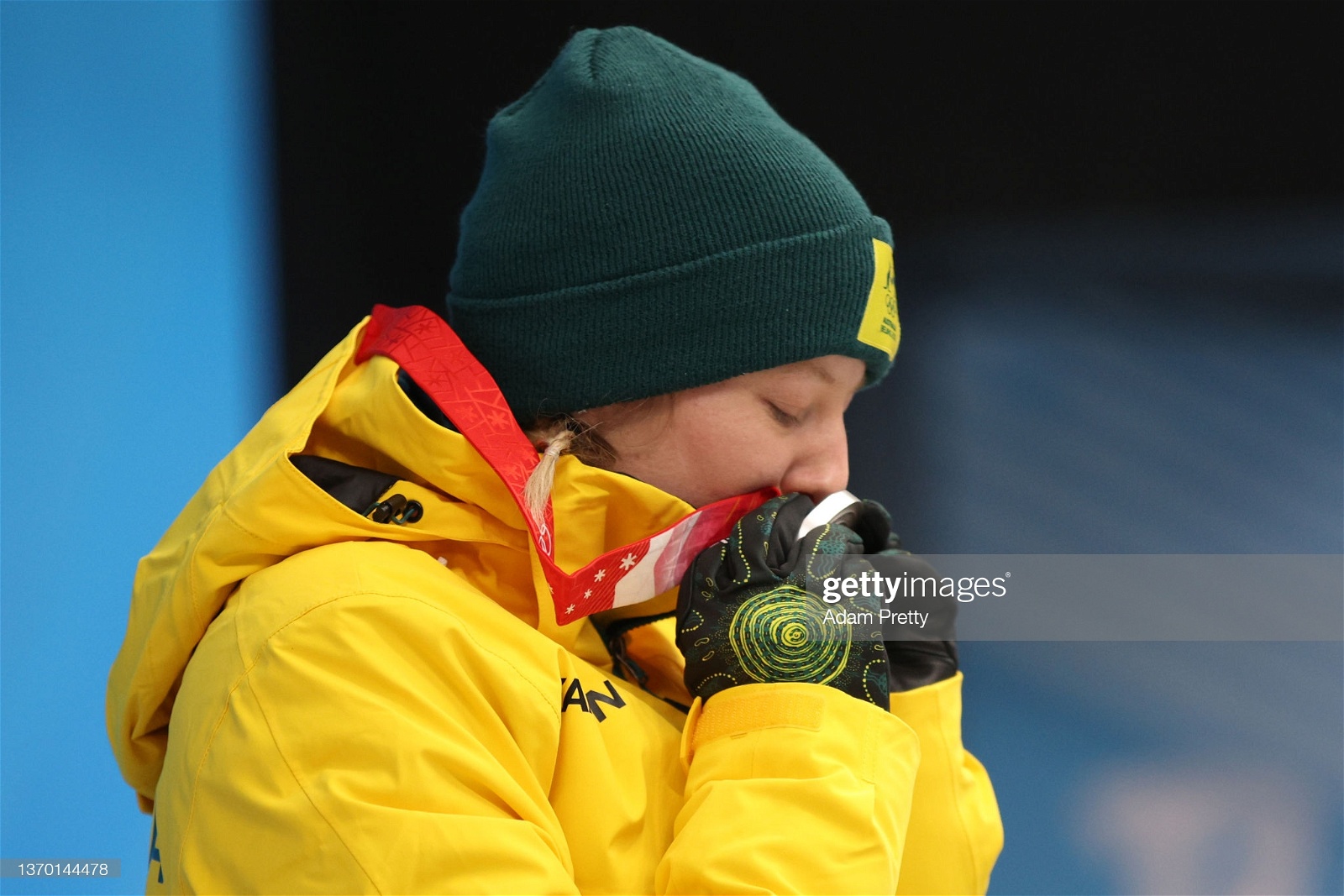 Day 8 was headlined by Jaclyn Narracott becoming Australia's fourth medal in Beijing, making this our most successful Winter Olympics.

Day 8 was headlined by Jaclyn Narracott becoming Australia's fourth medal in Beijing, making this our most successful Winter Olympics.

Australian Winter Olympic history has been made, as Jackie Narracott joins Tess Coady, Scotty James and Jakara Anthony as medalists at the 2022 Winter Olympic games.

This marks Australia’s largest total medal haul in the history of the Winter Games, breaking the record of three medals, which has been set and matched in the three previous Winter Games.

Jackie Narracott became the first player from outside Europe to medal in a sliding event, taking home silver in the women’s skeleton.

Narracott came into today in first place, after two quick runs yesterday. As the first athlete to start today, she continued this form by setting a track record.

This record did not last long, with German Hannah Neise taking the lead, .14 seconds ahead of Jackie’s time.

Narracott had a strong final attempt, but it was her slowest start of the event, of 5.30 seconds. From here she set a time of 1:02.11 in her final attempt.

Hannah Neise, the final run of the contest, pulled out one last rapid run, taking the gold medal by .62 seconds.

While Germany has been successful historically in both men's Olympic skeleton, and women's World Cup events, this was the first time the nation achieved gold in this event.

This continues an excellent season for Narracott, having won her first World Cup event in St. Moritz earlier this season.

World Cup leader, Kimberly Bos of the Netherlands took out the bronze medal, the first skeleton medal for her country.

After a first heat, Bos finished in 10thplace, but having the second fastest heats in both second and fourth heats propelled her up the standings into the bronze permission.

Elsewhere, in the Ice Hockey, Switzerland has made the women’s semi-finals, after an exciting 4-2 win over the ROC.

This win was headlined by alternate captain Alina Müller, who scored 2 goals and an assist. Müller has been a key part of the Swiss team, and is eighth in points across the tournament, the highest non-Canadian.

The Swiss struck first, with a pass from Müller setting up Pheobe Staenz for an easy first goal.

The Russians were next, with replay review overturning a referee’s decision, to award Anna Savonina with a good goal.

The teams remained tied at 1-1 through to the second intermission, to set up an action-packed third period.

Anna Shokhina appeared to score in the third period for the ROC. However, replay determined that instead of it being a goal, the puck had bounced out of play.

Dominque Ruegg then got back the lead for Switzerland, scoring on a breakaway.

The ROC then fought back, with a Luchnikova equalising goal. However, with two unanswered Alina Müller goals in the last minutes, the Swiss booked their ticket to the semi-final.

Elsewhere, Finland stormed past Japan, with a final score of 7-1.

Olympic Records are Broken on the Ice

Gao won bronze in Pyeong Chang, had publicly stated his aim was to medal again here in his home country.

Gao had to take an extended break during the 2020-21 season, due to a back injury. After this break he came back to skating, winning gold at the Chinese national championships.

This season, Gao achieved his first win at a world cup event, in Poland during the first event of the season.

Gao becomes the first Chinese man to win gold in a speed skating event, and the second Chinese athlete.

The other two medals went to Korea’s Cha Min-Kyu, who won silver with a time of 34.39 (also ahead of the previous record), and Japan’s Wataru Morishige.

2018 gold medalist Haavard Lorentzen had a disappointing event, finishing down in 15thplace.