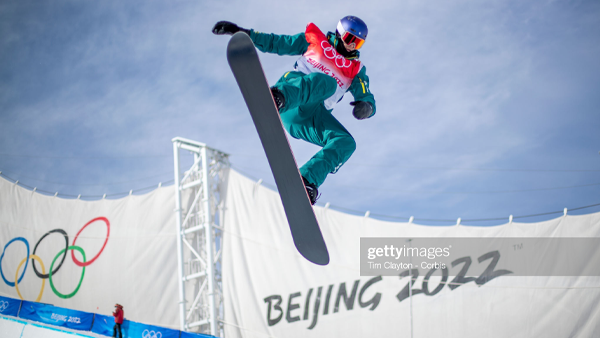 On Day 7 of Beijing 2022, in the snow sports, Scotty James won silver in the Men's Halfpipe as Shaun White said farewell while there were plenty of medals won by athletes who overcame previous Olympics heartbreak.

On Day 7 of Beijing 2022, in the snow sports, Scotty James won silver in the Men's Halfpipe as Shaun White said farewell while there were plenty of medals won by athletes who overcame previous Olympics heartbreak.

On Day Seven of Beijing 2022, Australia found its third medal of the Olympic Games through Scotty James' Men's Halfpipe silver medal. Elsewhere, there were medals won in the Alpine Skiing, Biathlon and Cross Country Skiing.

In the Women's Super G, Lara Gut-Behrami made history for her home country of Switzerland in having won her maiden gold medal after falling one place short of the podium at her previous two Olympics. Iivo Niskanen also found the podium after heartbreak in the Men's 15km Classic, after coming close the last time he competed in the respective event.

Australia'sScotty James won the country's third medal of Beijing 2022, claiming a silver medal from the Men's Halfpipe, which was won by Japan's Hirano Ayumu - the nation's first-ever Olympic snowboard gold -, with the podium rounded out by Switzerland's Jan Scherrer.

In the event where final positions were decided with snowboarders' best score of three attempts, it came down to the final run from Ayumu which sealed the podium positions, scoring 96.00 on his third run, edging the 92.50 which James was holding onto going into the final run. Scherrer's second run was his best score that counted, scoring 87.25.

After back-to-back silver medals in Sochi and PyeongChang, it was third time's the charm for Ayumu in the Halfpipe event while James also jumped up a place on the podium having won bronze four years ago. Scherrer finished ninth in 2018, jumping up onto the podium at these Games for the first time in three Olympiads.

Fellow Australian Valentino Guseli, in his first Olympic Games, at just 16 years of age, finished sixth in the event with a highest-score of 79.95.

For Ayumu, following the past two editions of the Winter Olympics, he made a move to skateboarding, and competed in the sports debut at the Tokyo 2020 Olympic Games last year. While he needed a score of 73.00 to reach the final, he was unable to capture that score, instead not progressing past the preliminary finals portion with a best-score of 62.03.

After finishing just off the podium in fourth place at both Sochi 2014 and PheongChang 2018, Swiss skier Lara Gut-Behrami won her maiden Olympic gold medal with a first-placed finish in the Women's Super G.

The medal win saw her become the first male or female from Switzerland to win Super G gold at an Winter Olympics and adds to her Beijing 2022 medal tally, having won a bronze medal in the Giant Slalom.

In the event, she posted the fastest time of 44 competitors, finishing with a time of 1:13.51, edging out Austria's Mirjam Puchner - at her debut Olympic Games - and fellow Swiss skier Michelle Gisin - who finished ninth in the event four years ago.

While Gut-Behrami had the pace at the start of the run, she was slightly behind the time at the first interval, however, then, at the second and third interval points, she was ahead of the field and subsequent competitors, managing an average speed of 97.16km/hr.

Marte Olsbu Roeiseland won her second gold medal (and third medal overall) of the Beijing 2022 Winter Olympic Games, winning the Women's 7.5km Sprint with a time of 20:44.3 minutes. Additionally, she, and the entire top five of the final placings, didn't occur any shooting penalties throughout the event.

Starting, and maintaining a third place standing throughout the first third of the race, Roeiseland gained the lead at the 3.4km marker and never surrendered first place throughout the remaining distance of the race.

In the end, such was her dominance on both the ski work, and the shooting, Roeiseland finished 30.9 seconds in front of eventual silver medallist, Sweden's Elvira Oeberg, with Italy's Dorothea Wierer finishing with the bronze medal.

In the Men's 15km Classic, Finland's Iivo Niskanen won gold, his second medal of the Games after a bronze medal in the Men's Skiathlon. Additionally, the first-placed finish sees him gain vengeance on finishing off the podium in fourth in the event at Sochi 2014.

In the staggered-start race, when it was Niskanen's turn, when it came to the interval splits, he never wavered from a first-place standing, which resulted in the gold medal.

Niskanen finished with a time of 37:54.8, 23.2 seconds ahead of silver medallist, Alexander Bolshunov of the ROC, with Norway's Johannes Hoesflot Klaebo rounding out the podium, winning bronze.

LINDVIK JUMPS INTO PRIME POSITION AFTER SKI JUMPING QUALIFICATION ROUND

The top 50 athletes (from a pool of 56 overall) have progressed past the qualification round of the Men's Large Hill Individual Ski Jumping event and onto the first round, which begins on Day Eight with the trail round for competition, then the first round itself.

Within the qualification round, the top three - Norway's Marius Lindvik and Halvor Egner Granerud, and Slovenia's Peter Prevc - each saw the distance of their jumps above 130m. However, at his maiden Olympic Games, Lindvik produced the most points throughout all the competitors in the round, finishing with a score of 136.4.