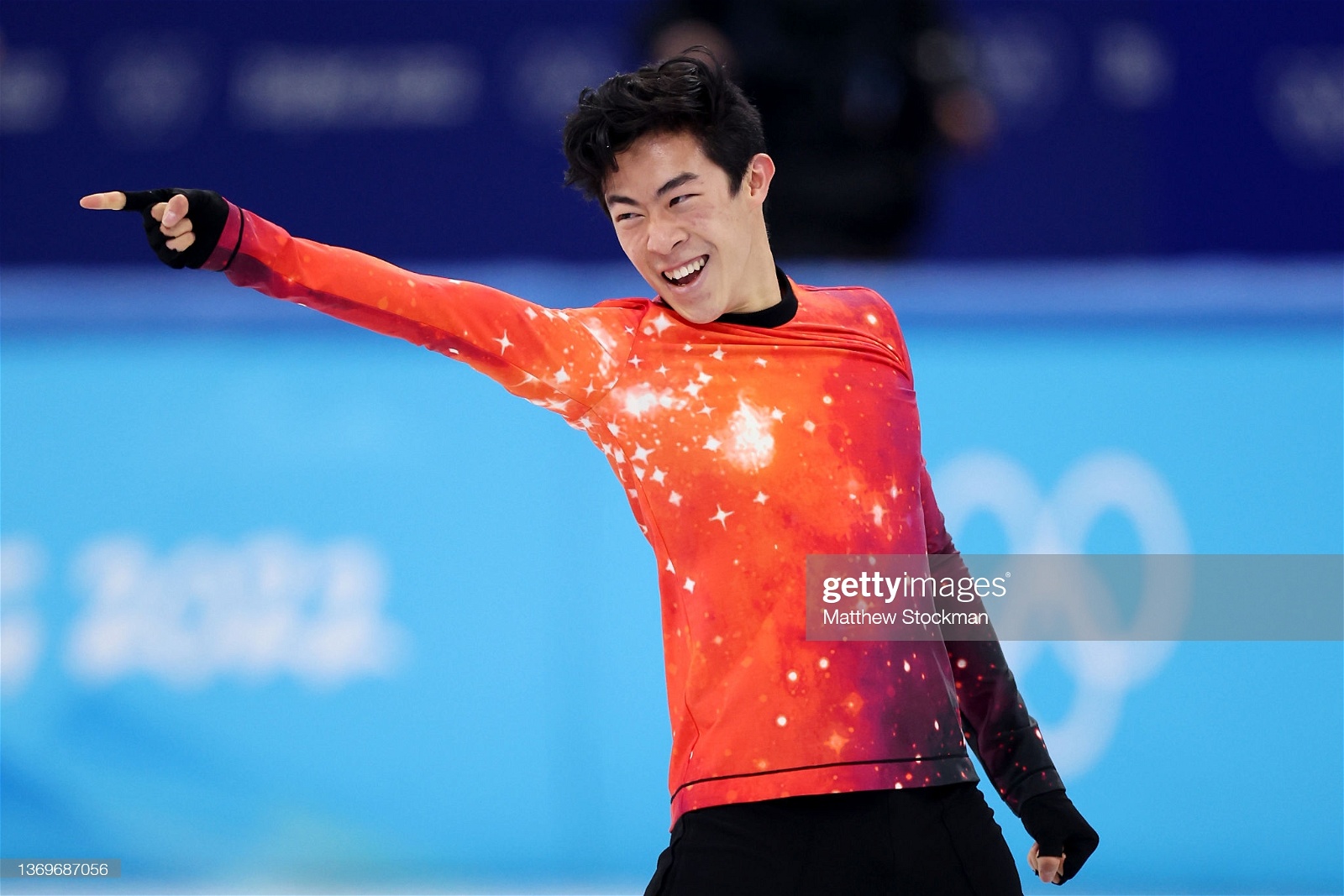 Beijing 2022 Day 6 On Ice: Bring out the brooms but not for Curling

Beijing 2022 Day 6 On Ice: Bring out the brooms but not for Curling

There were only two Australians out on the ice in competition with Nick Timmings making his Olympic debut in the Skeleton and Brendan Kerry in the Men's Singles Figure Skating, meanwhile, Breeana Walker put down some training runs in the Women's Monobob.

Nathan Chen rises to the occassion four years after heartbreak

After breaking the world record in the short program on Tuesday, Nathan Chen completed an incredible Olympics winning the Men's Singles event 22.55 points ahead of his nearest competitor.

It wasn't a flawless free skate for the 22-year-old American who singled his flip on his intended quad toe-loop euler triple flip combo and received a level two on his spin. Scoring a 218.63 for a total score of 332.60.

This Olympic gold medal marks a near-perfect quadrennial for Chen who only missed one individual gold medal from the 12 international competitions he has entered, finishing third at Skate America in 2021.

Japan's Yuma Kagiyama earned silver at his debut Olympics breaking the 200 barriers for a second time scoring a 201.93 despite an error on his quad loop jump seeing the jump be landed on the quarter of a rotation under and doubling two jumps at the end of his combinations.

As a result, he also broke through the 300 point barrier for the first time in his career scoring 310.05.

While Shoma Uno completed the double podium for Japan winning his third Olympic medal, the most of any of the active men's figure skaters, starting his program with a stellar quad loop before struggling in sections of his program including falling on his quad flip. He finished with a score of 187.10 finishing fifth overall in the free skate.

However, with the 10 point buffer he had from the short program, it was enough to keep him in the bronze medal position with a total score of 293.00 and ahead of Yuzuru Hanyu.

Hanyu became the first figure skater to attempt a quad axel at an Olympics today, however, it wasn't to be as he came down with the rotation slightly under and fell. His quad salchow continued to be an issue falling on it once again but the remainder of the program was the Hanyu fans have known and loved since he first started competing internationally.

Hanyu posted a score of 188.06 for a total score of 283.21, rocketing him up into fourth overall from eighth after the short program.

Australia's Brendan Kerry produced the best free skate of his career, nailing each of his jumping passes and receiving full levels on all of his spins along with his step sequence.

Free programs have long been a struggle for Kerry with the 27-year-old often struggling to produce a clean skate but his 160.01 score, blew his previous best out of the water and resulted in a new personal best combined total of 244.80 to finish 17th overall.

Nick Timmings lays down two times to sit in 25th

Aussie Nick Timmings finally got to make his Olympic debut in the Skeleton with the first two of four heats starting today.

The 31-year-old didn't have the best start hitting the wall as he came out of the opening straight and was unable to correct it enough to put up a time that could shoot him up into the top 20. In his first run he put down a time of 1:03.76 was in 25th but he had a second run for the day.

He had a better time in the second run finishing with a time of 1:02.83 which was the 24th best time of the second heat however, it didn't bump him up the ranking at all.

Timmings needs to have a big improvement in his third run to crack the top 20, otherwise he will not advance to the fourth and final heat.

His teammate Axel Jungk sits in second putting down two incredibly consistent runs finishing the first in fifth with a time of 1:00.50 but second in the second run finishing in 1:00.53 to sit 0.70 seconds behind his countryman.

BEIJING 2022 DAY 5 ON ICE: TOBIAS AND TOBIAS TAKE OUT THE LUGE THREEPEAT

Germany completes the gold medal sweep in the Luge

A podium sweep is a unique thing in the Olympics and we are yet to see one at Beijing 2022 but in a singular sport, no country has been as dominant as Germany was in the Luge this year.

In recent days the Germans won gold in the men's singles, women's singles and the doubles, and today the gold medallists combined in the team relay event to take home the country's third consecutive team relay gold.

The quartet has been largely unchanged over the past eight years with only Johannes Ludwig coming in for Felix Loch in 2018 and that combination has proven to be so dominant that despite being behind heading into the doubles section of the relay, Tobias Wendl and Tobias Arlt were able to overcome the split to set a new track record with a time of 3:03.406.

At Tokyo 2020 the assumption was that there would be few records broken in the track cycling and heading into Beijing 2022 a similar sentiment was held towards the Speed Skating with Beijing being at sea level and many of the standing records being set at altitude in Salt Lake City.

That hasn't been the case, however, with another Speed Skating Olympic record tumbling tonight, this time in the women's 5000m event, with a second of Claudia Pechstein's 16-year-old records getting broken by Irene Schouten who beat the old record by over three seconds coming in at 6:43.51.

She's joined on the podium by Canadian Isabelle Weidemann who has her second medal of Beijing 2022 winning silver this time and Czech skater Martina Sablikova who previously won the event in 2010 and 2014, and has finished on the podium in the 5000m at every Winter Olympics she's attended.