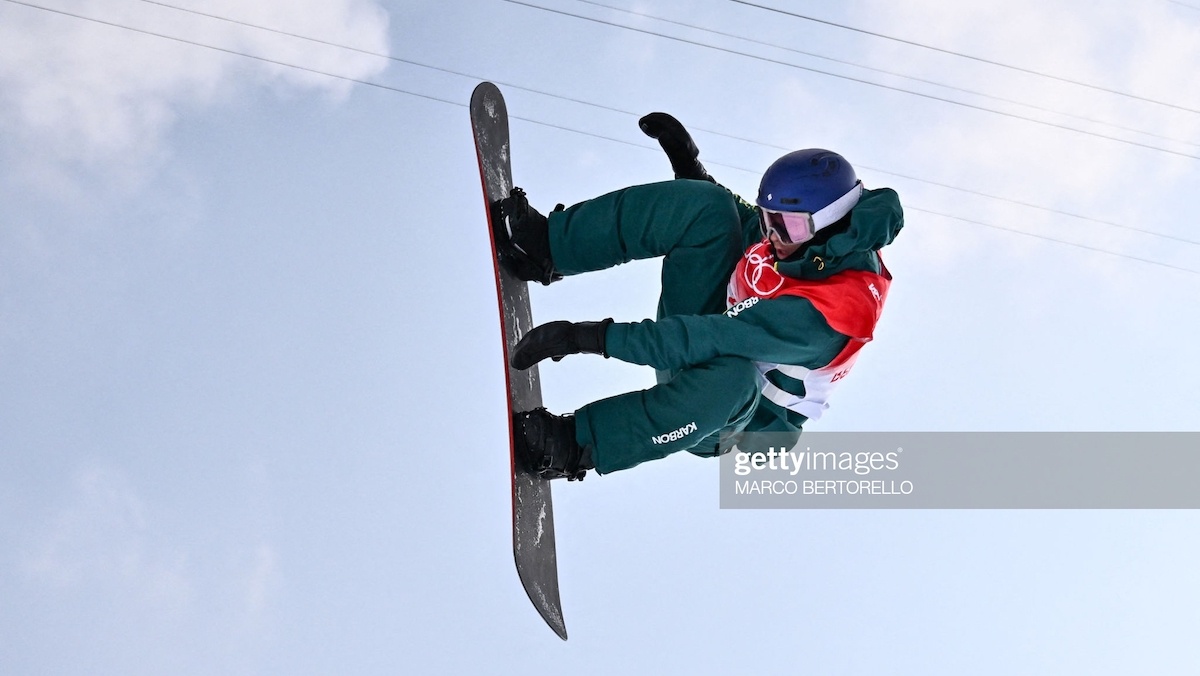 There was plenty of action on the snow on Day 5 of Beijing 2022, with Australians in action on skis and boards to qualify for finals.

There was plenty of action on the snow on Day 5 of Beijing 2022, with Australians in action on skis and boards to qualify for finals.

There was plenty of action on the snow on Day Five of the Beijing 2022 Winter Olympics, with Australians in action on skis and boards, qualifying for finals and just missing out on medals.

Snowboarders Scotty James and Valentino Guseli qualified for the Men's Halfpipe finals on Friday, while Belle Brockhoff just missed out on a medal in the Women's Snowboard Cross.

Slovakia took home its first medal in Alpine Skiing thanks to Petra Vlhova magic and Norwegian 21-year-old Birk Ruud was best in the Big Air.

Val and Scotty are BOTH into the final!

See you on Friday team 💛💚#ChasingWinterpic.twitter.com/mjvUBA8Njp

Set your alarms for 11:30 am AEDT on Friday because there are two Aussies in the Men's Snowboard Halfpipe final and you'll want to be watching this one.

One of the most experienced team members and Pyeongchang bronze medallist Scotty James, and the youngest team member 16-year-old Valentino Guseli, have both qualified in the top five for the final of the halfpipe.

Across two rounds of qualifying James (second) and Guseli (fifth) were among the best of the day, with Japanese riders Ayumu Hirano and (first) and Ruka Hirano (third), and five-time Olympian Shaun White (fourth) rounding out the top five qualifiers for the final that features 12 competitors.

After posting an 88.25 in the opening round, James found another level in the second run to increase this by three points. However, he wasn't alone in bettering his first run, with more than half the field improving their scores in the second round of qualifying.

On his Olympic debut, Guseli slipped on the landing of his first trick and while he kept his feet, his score was significantly lower because of this.

Going for it in the second run, Guseli lifted himself from 16th in the standings to fifth with a massive run that was rewarded with a score of 85.75.

The teenager appears to have all the time in the world when he launches off the wall and into the air, hanging on the grab for what feels like an eternity and flipping multiple times before stomping his landings.

In the final on Friday, Guseli will go seventh, while James will ride 11th as the Top 12 go in reverse order three times over.

After her 62.50 had her in 12th and on the cusp of a finals opportunity, Arthur went after it in her second run to try and confirm qualifying, but unfortunately missed out. Her best score of 62.50 was 4.05 off 12th place to qualify and her Olympic campaign was cut short.

Not Brockhoff's day in Cut-throat Cross

The exhilarating Women's Snowboard Cross was run on Day Five and with two Aussies in the field, the team was hopeful of a medal finish. However, it wasn't to be for a brave Belle Brockhoff, who fell agonisingly short with a fourth placing.

It started out tough for Brockhoff, who was assigned the 18th seed of 32, based on her seeding run early in the day. Below her expectations, Brockhoff wasn't about to let the slow start to the day stop her from going for Gold.

Her teammate 19 year old Josie Baff, had an easier road to the finals, qualifying straight through in the top 16.

She was unable to progress through the 1/8 final but is all the better for her experience in Beijing.

Brockhoff meanwhile, had plenty left in her tank. Each round the triple Olympian got better and better, a straightforward second place got her through to the quarter-finals, but that was where everything got a whole lot crazier.

Brockhoff was sitting back in fourth coming through the final turn before she made her way through the group and on the final jump she slid into second place - a simply incredible run.

The drama didn't stop there, as in Brockhoff's semi-final Julia Pereira de Sousa of France crashed in front of the Aussie.

Brockhoff narrowly avoided being taken down along with the 2018 silver medallist, finishing second to qualify for the medal decider.

In the Big Final, she was unfortunately caught too far back and was unable to replicate the quarter-final push to sneak onto the podium.

It was utter devastation for Brockhoff who, in her third Olympics, made her first Big Final.

On the top of the podium was American Lindsey Jacobellis, who won her Olympic gold 16 years after her debut in a Snowboard Cross Big Final.

Back in 2006, Jacobellis attempted a celebratory method grab on the second-last jump but fell, and let an enormous lead lapse, with Tanja Frieden passing the American to take gold.

After failing to make the medal race in 2010 and 2014, Jacobellis came fourth in Pyeongchang but finally got her redemption in 2022 in Beijing.

After Eileen Gu wowed the competition on Tuesday, it was time for the Freeski men to take to the Big Air jump and land some tricks.

Norwegian Birk Ruud has won Gold in the Men's Freestyle Skiing Big Air, landing a switch 1980 for a huge score of 95.75, before adding a 92 point jump for a winning combined score of 187.75.

The medals were still up for grabs going into the final run, but American Alex Hall could not pull off the 2160, nor could Stevenson do what was required to step up another level on the podium.

With the gold medal sewn up, Ruud tucked a flag under his arm and went down for his final run, nailing it was the icing on the cake.

At just 21 years old he becomes the first Olympic Champion in the event, a slice of history for the young gun on skis.

First gold for Slovakia in Alpine

Recovering from a disappointing 14th placing in the Women's Giant Slalom, Petra Vlhova has taken out Gold in the Women's Slalom event with a combined time of 1:44.98 to secure Slovakia its first Olympic gold medal in Alpine Skiing.

For the second time this week one of the favourites American Mikaela Shiffrin failed to finish the first run, ending her Slalom campaign early once again.

Australian Katie Parker made the start for the Women's Slalom after missing Monday's Giant Slalom due to positive Covid-19 test results delaying her travel from the United States to Beijing.

The debutant was coming off more than a week in isolation and had only inspected the course hours before the event, unlike her competitors who had been on the snow for more than a week.

Unfortunately, the Aussie straddled an early gate after the stretch of icy course pushed her forward on her turn, and her first Olympic campaign was sadly ended in quick fashion.

Despite the challenging build-up and disappointing result, Parker was still upbeat about her opportunity to compete in Beijing.

The Nordic Combined took flight today, the program opening with the Individual Gundersen Normal Hill/10km - a gruelling cross-country component saw the best ski jumpers fall away across the 25-minute race.

Japanese man Ryota Yamamoto jumped 108 meters and had 133 points in the first part of event, giving him a 38-second lead over the pack. However, later in the day during the cross-country race he faded out of medal contention, as the Germans picked up the pace.

Vinzenz Geiger of Germany won gold, salvaging a 1:26 deficit to cross the finish line first in the 10 kilometre cross-country race, going from 11th after the ski jumping to first in the skiing pursuit.