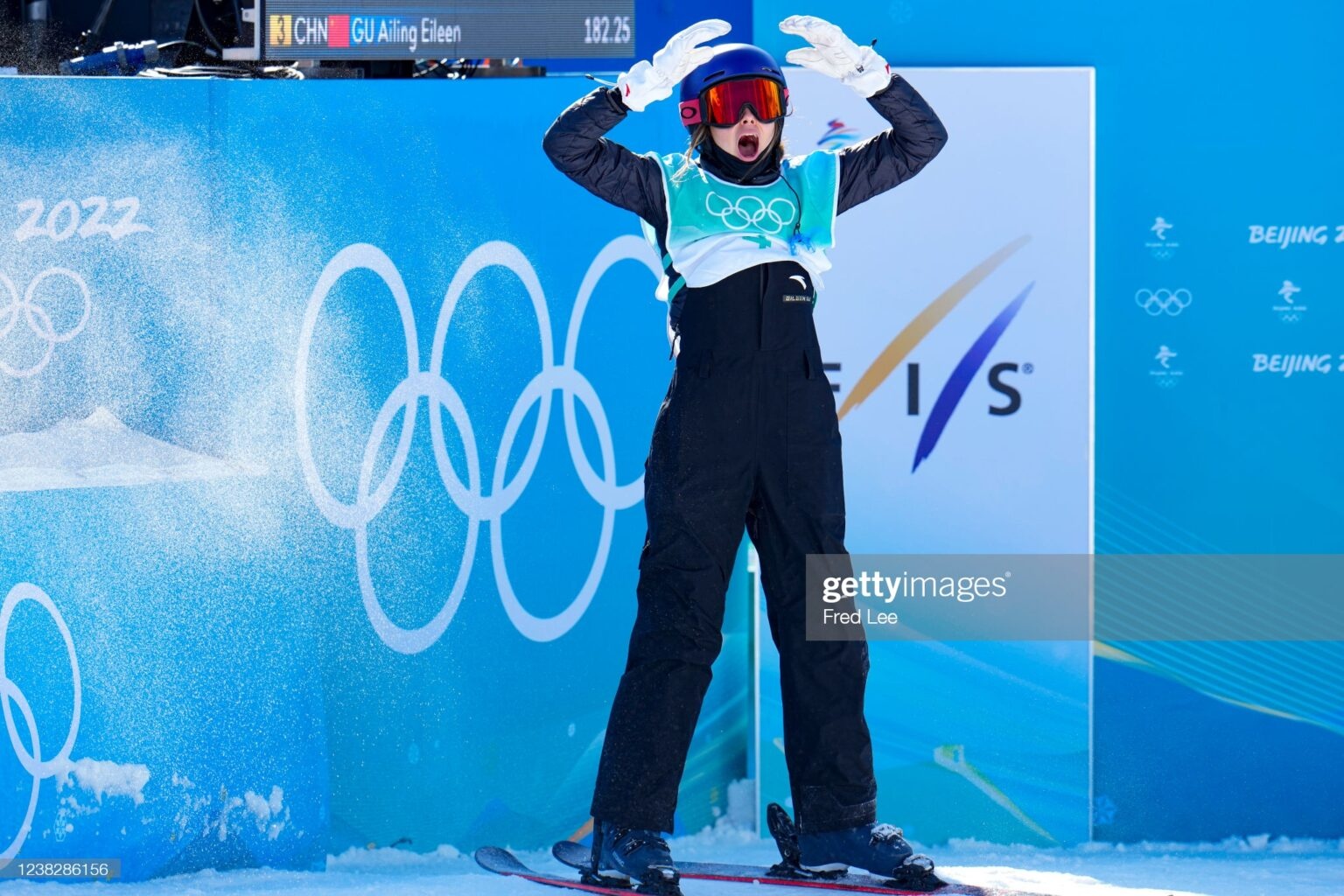 Day Four was packed with great stories and thrilling finishes on snow, as Beijing 2022 stayed as exciting as the first three days.

Day Four was packed with great stories and thrilling finishes on snow, as Beijing 2022 stayed as exciting as the first three days.

Eileen Gu was the star of the snow on Day Four of Beijing 2022, but there was plenty happening around the snow sports.

Sundling about the Swedes

Sweden's Jonna Sundling took first in the Sprint Free Final of the Women's Cross Country, with a blistering 3:09.68 over the 1461m course. Compatriot Maja Dahlqvist was second, 2.88s behind as Sweden filled out the top steps of the podium.

After coming home quickly in the free ski section of the skiathlon, Jessie Diggins showed that her speed is not limited to the endurance events, as she made it onto the podium in bronze, 3.16s behind Sundling.

Earlier in the day, in qualifying, Jessica Yeaton of Australia finished qualifying in 52nd, 23.82 seconds behind Sundling, who was also the fastest qualifier. Casey Wright was 65th with a time of 3:39.82, 30.19 seconds behind.

The Australian men fared a little better, as Phil Bellingham was the best of the Australians coming in 50th. Just under a second behind him was Lars Young Vik, who finished in 55th.

Behind them, Hugo Hinkcfuss was 61st, 19.41 seconds off the pace, and Seve de Campo was the slowest of the Australistions in 63rd, just 0.37s behind his compatriot.

They were all well behind the six finalists, while Johannes Hoesflot Klaebo of Norway was quickest, finishing in 2:58.06, just a quarter of a second ahead of Italy's Federico Pellegrino.

Alexander Terentev rounded out the podium, 1.31 seconds behind Klaebo to claim bronze for the Russian Olympic Committee.

There were high expectations of Eileen Gu coming into the Olympics. The face of the promotional campaign in China, representing China, and with the possibility of up to three gold medals, it would not have been shocking if Gu struggled.

Gu's first appearance for the Games was in the Women's Freestyle Skiing Big Air today.

Frenchwoman Tess Ledeux became the first woman ever to land a double cork 1620 in competition at last month's X Games. Gu had never landed the trick before, but when Ledeux landed it on her first run, Gu knew something special would be required.

Gu saved the moment until her final run, as the second-last competitor in the competition to leave it all out on the hill, launching into the trick.

The double cork 1620 is four and a half rotations with two off-axis rotations, and the second that Gu's skis hit the snow, with her eyes facing back up the hill, it was clear that the score would be enough to take the gold that she has faced with all the pressure.

Mayer over Matter for Super G

The Men's Super G was hard-fought, with 11 of the 45 competitors unable to make it down the course within the course.

It proved not to be a problem for the elite men, as six men finished within a second of one another at the top of the standings.

Aleksander Aamodt of Norway beat out countryman Adrian Smiseth Sejersted for bronze, with Kilde coming in 0.42 seconds off the pace. His time was over 1:20 for the course though, which proved to be the difference.

Matthias Mayer of Australia proved to have the goods, his run of 1:19.94 just pipped Ryan Cochran-Siegle. who was forced to settle for silver, just 0.04 seconds behind in a tightly fought battle.

There was little more that either could have done, with both taking exceptional lines down the hill.

Both the Men's and Women's Parallel Giant Slalom took place today, and the podiums were almost the same.

Ester Ledecka of the Czech Republic and Daniela Ulbing of Austria each won through to the Big Final, after beating Gloria Kotnik and Michelle Dekker of Slovenia and the Netherlands respectively.

When it came to the Bronze Medal race, Kotnik was no match for Dekker, who made an error that caused her to DNF in the race.

In the Gold Medal race, Ester Ledecka shook off all the pressure coming into the Games to account for Ulbing and take home her first gold medal of the campaign.

In the Bronze Medal race, Victor Wild easily accounted for Italian Roland Fischnaller, who failed to finish as well.

In the Gold Medal race, Benjamin Karl of Austria overcame an early mistake that could have cost him the medal to seal victory over Austria's Tim Mastnak, who finished 0.82s behind.