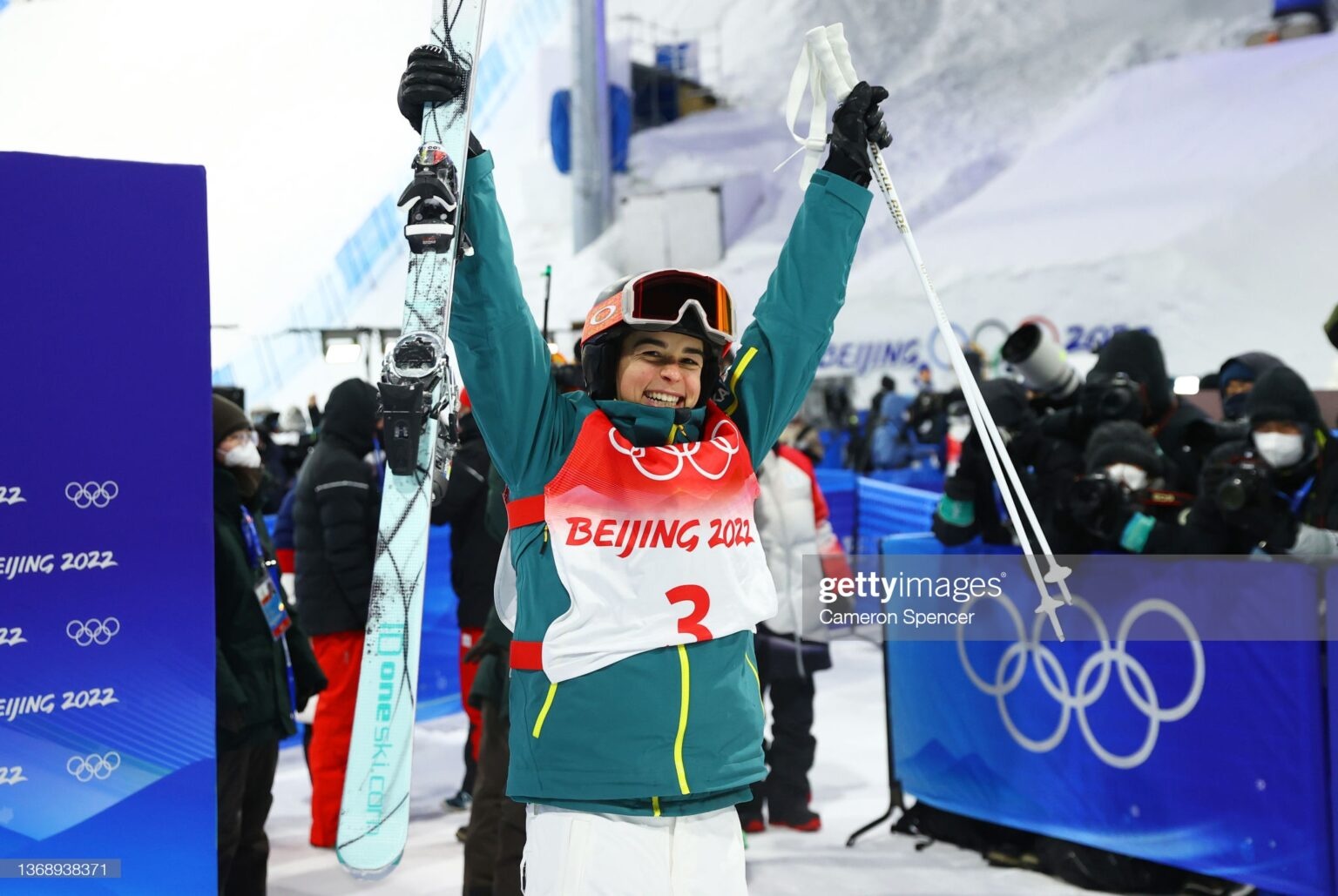 The Beijing 2022 Olympics is hitting its straps, as Australia won two medals for the first time in history on snow.

The Beijing 2022 Olympics is hitting its straps, as Australia won two medals for the first time in history on snow.

Day two of Beijing 2022 was one for the history books with Australia having its best day at the Winter Olympics winning two medals in the snow events. Catch up on day two of competition with theEdge of the Crowd’sSnow Report.

For the first time in history, Australia won two medals on the same day at the Winter Olympics, with Jakara Anthony and Tess Coady becoming the sixth Australians to win gold and bronze.

In disappointing news for Australians, it was confirmed that Katie Parker will miss the giant slalom of the Alpine Skiing. Parker previously tested positive for Covid-19 before her departure for Beijing. The results delayed her trip to Beijing, and she now won't arrive until after the event has been completed.

Parker will make her Olympic debut in the Women's Slalom, later in the week.

The Women's Moguls kicked off tonight with the second qualifying run. Jakara Anthony and Britt Cox were already assured a place in the final, with Sophie Ash fighting for a spot. Ash stamped her authority and qualified for the Top 20 (Final 1).

Anthony scored 81.91 in Final 1 to qualify first and backed it up with a score of 81.29 in Final 2 to put herself through to the Super Final.

Starting last in the final, and needing a score of more than 80, Anthony was cool to score 83.09 and take gold, becoming Australia's sixth gold medalist at the Winter Olympics.

Tess Coady was one of the stars of the Women's Snowboard Slopestyle, along with young New Zealander Zoi Sadowski-Synott.

Coady bounced back from devastation in 2018 when she injured her knee on a training run on the course and was unable to compete at Pyeongchang.

BEIJING 2022 DAY 1 SNOW REPORT: ELATION AND HEARTACHE FOR AUSSIES ON THE MOGULS

Matt Cox came into the Olympics hoping to make an impact in the Men's Snowboard Slopestyle. Coming off a strong season that included personal best World Cup finishes in the final events before the Olympics, Cox was in strong form.

That failed to eventuate, as Cox fell on both of his runs, unable to land a big score. With disappointing scores of 34.36 and 39.98, Cox didn't have enough to progress through qualifying to the final, as he bowed out.

ROC outlast the competition to win the Cross-Country Skiathlon

In the Men's 15km + 15km Skiathlon, Aussies Phil Bellingham and Seve de Campo were both lapped, after falling well behind.

Finn Iivo Niskanen led the field through the pit stop from the classic ski to the freestyle, less than a second ahead of ROC's Alexander Bolshunov, and half a minute ahead of ROC's Denis Spitsov.

The Freestyle component was cruel to the Finn, as he found himself losing consistent ground to the ROC skiers.

When it was all said and done, Bolshunov was over 70 seconds ahead of Spitsov, and two minutes ahead of Niskanen.

The one-two for the ROC pushed the two Norwegian competitors, Hans Christer Holund and Paal Golberg out of the medals, as they finished fourth and fifth respectively.

In the Men's Ski Jumping, the Normal Hill competition wrapped up, with Ryoyu Kobayashi setting the standard early, with a massive jump of 145.4, more than six points clear of second, and almost ten points clear of third.

Peter Prevc of Slovenia was second after the first jump, with Poland's Kamil Stoch in third.

The second jump was in more challenging conditions, with only one of the top ten competitors able to better their first effort, in Manuel Fettner of Austria. His second jump of 136.3 was the best jump of the second run, and it was enough to push him up to silver.

Dawid Kubacki of Poland also had an outstanding second jump, with his 132.8 good enough for second in the round, and the bronze medal.

After such a dominant first jump, the Japanese star was untouchable. His second jump was only 129.6, but it was still enough to be more than four points clear, as Kobayashi was crowned the gold medalist.