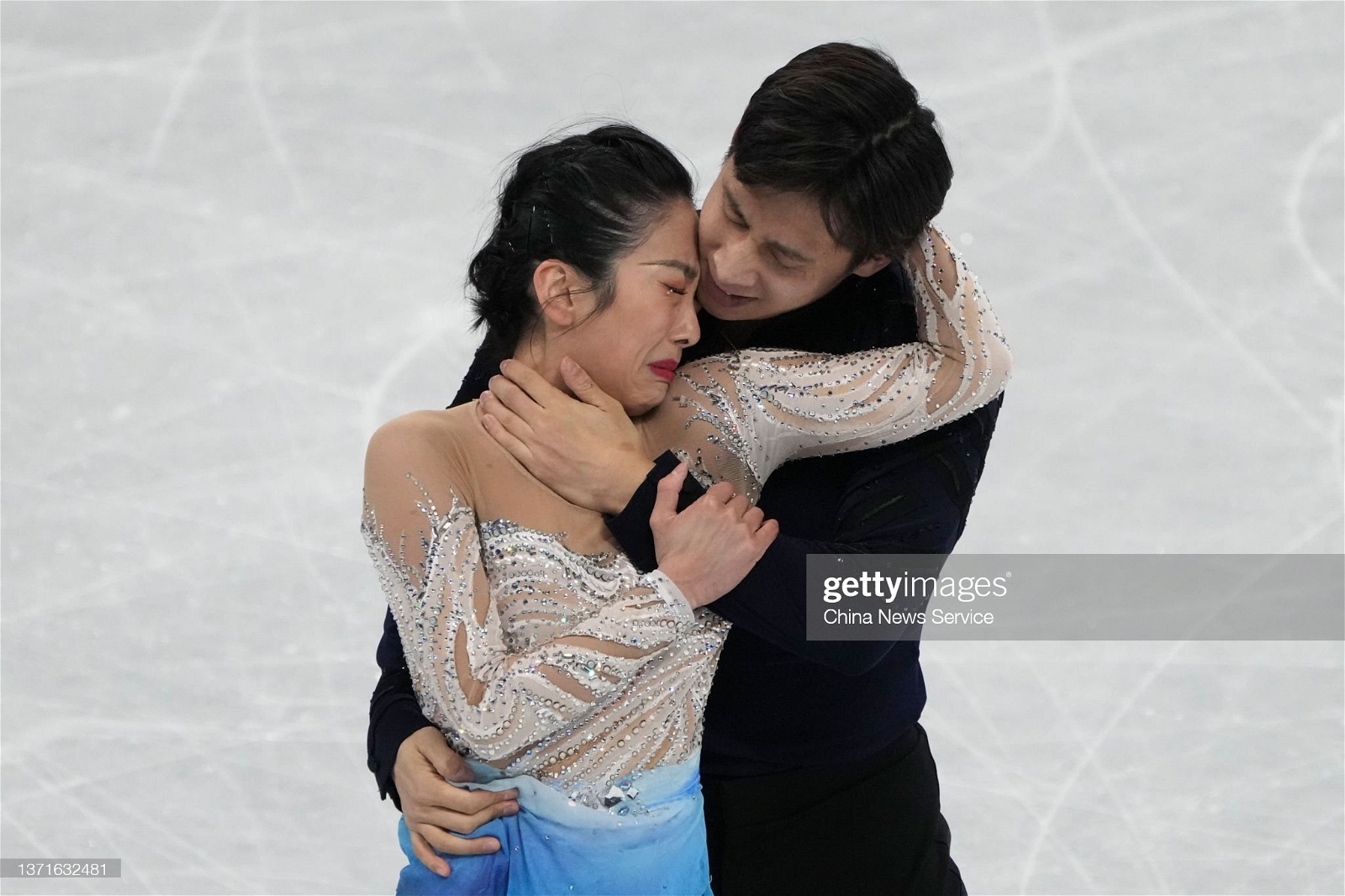 Not having to contend with the wild weather outside, the athletes in the ice sports put up some incredible performances.

Not having to contend with the wild weather outside, the athletes in the ice sports put up some incredible performances.

Not having to contend with the wild weather outside, the athletes in the ice sports put up some incredible performances, including Chinese pairs team Sui Wenjing and Han Cong winning China's second Olympic gold medal in figure skating.

Breeana Walker and Kiara Reddingius were the only Australians on the ice on day 15 competing in the two-woman bobsleigh event.

Heading into Beijing 2022 Sui Wenjing and Han Cong were considered favourites to reach the podium on home ice but three teams from the ROC were in the form to prevent them from taking home gold.

After a narrow lead in the short program, it was still going to be a big ask and would require a touch of brilliance should all the pairs from ROC perform cleanly.

That brilliance was on show from the opening skill, performing a quad twist lift on the opening element there was only one error throughout the entire program, a side by side triple salchow that saw Sui two-foot the landing on top of under rotating the jump by half a rotation to receive a downgrade.

They broke a third World Record for the Games with a combined score of 239.88 after receiving a season's best score of 155.47 for their free skate.

Evgenia Tarasova and Vladimir Morozov took out silver with another personal best in both the free skate and combined total, scoring 155.00 and 239.25. The Russian pair received the highest components of the event scoring 76.99 out of a max score of 80 going as far as to receive 10s in performance, composition and interpretation from the Spanish judge.

Taking home bronze also from ROC was Anastasia Mishina and Aleksandr Galliamov, who had a better performance in their free program today than in the team event last week, only receiving one level deduction on their forward inside death spiral, Mishina and Galliamov scored 154.95 in their free skate to receive a total score of 237.71.

It was a history-making event for plenty of teams off the podium with Japanese pair Riku Miura and Ryuchi Kihara receiving the best finish of a Japanese pair at the Olympics finishing in seventh, a huge improvement on Japan's previous best of 14th in 1992.

Georgian youngsters Karina Safina and Luka Berulava continued to dazzle in their fourth senior competition finishing inside the top 10 with a ninth-place finish, trouncing their previous personal best by 8.39 points scoring a combined total of 192.44.

Lastly, Spain's Laura Barquero and Marco Zandron made history stepping out onto the Olympic ice as Spain's first pairs team at a Winter Olympics. They finished 11th overall receiving 118.02 in their free skate and 181.37 for their combined total.

BEIJING 2022 DAY 14 ON ICE: TIMOTHY LEDUC MAKES HISTORY JUST BY STEPPING OUT ON THE ICE

The lone Australian's out on the ice today the pressure was on for Breeana Walker and Kiara Reddingius to sneak into the top 10 after sitting in 11th after two heats overnight.

However, in the fourth run they came unstuck finishing with the worst time of the fourth run 1:02.51 to drop all the way back into 16th place with a combined time of 4:08.64.

Mariama Jamanka and Alexandra Burghardt set up the German one and two, winning silver 0.77 seconds behind their compatriots but coming in at a comfortable time of 4:04.73.

After beating the United States in the quarter-finals and a close call against Finland that almost saw Slovakia reach the gold medal match, the bronze medal match against Sweden was a breeze.

It took a period Slovakia to put one away and a second goal followed in quick succession to give them a 2-0 lead at the second break.

Looking to score the Swedish swapped out the goalkeeper to give them a numbers advantage on the field of play but it was to their own detriment with Slovakia scoring another two goals within 20 seconds.

The final siren went a minute later giving Slovakia a 4-0 win and its first Olympic medal in the ice hockey.