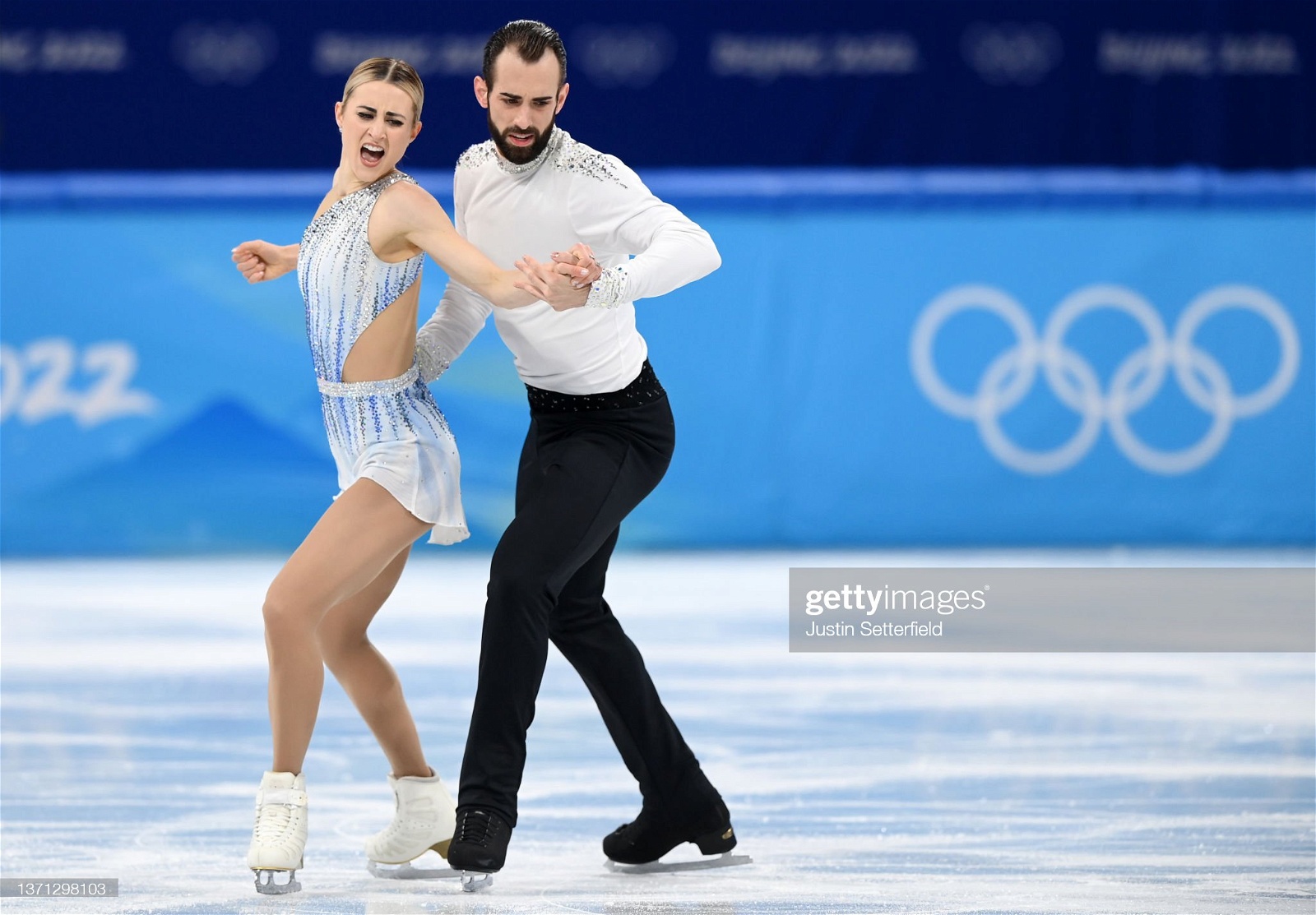 Beijing 2022 Day 14 On Ice: Timothy LeDuc makes history just by stepping out on the ice

On day 14, Timothy LeDuc became the first non-binary Winter Olympian, while Breeana Walker returned to the bobsleigh track to challenge the dragon in the two-woman bobsleigh

Beijing 2022 Day 14 On Ice: Timothy LeDuc makes history just by stepping out on the ice

On day 14, Timothy LeDuc became the first non-binary Winter Olympian, while Breeana Walker returned to the bobsleigh track to challenge the dragon in the two-woman bobsleigh

On a history-making day 14 of Beijing 2022, Timothy LeDuc became the first non-binary Winter Olympian, while Breeana Walker returned to the bobsleigh track to challenge the dragon in the two-woman bobsleigh and the opponents for the men's gold medal match in the ice hockey was decided.

When US figure skater, Timothy LeDuc stepped out on the ice today, alongside partner Ashley Cain-Gribble, they made history becoming the first non-binary Winter Olympian, competing in the pairs event.

Sitting in seventh after the short program, very little went wrong in Cain-Gribble/LeDuc's program receiving max levels on all of their elements and only receiving a negative grade of execution on their throw triple loop with Cain-Gribble two footing the landing. They scored 74.13, just 0.10 points behind their compatriots Alexa Knierim and Brandon Frazier.

The big winners today were the Chinese pair Sui Wenjing and Han Cong who broke the world record they set in the short program segment of the team event.

With very little to fault the judges gave them an 84.41, with two judges giving them 10s for their performance components score and the Canadian judge giving them a second 10 for their interpretation.

In second was Evgenia Tarasova and Vladimir Morozov who were close behind with an 84.25, receiving the highest technical components scores with their clean elements and near-flawless marks on their throw triple loop, group four lift and their triple twist.

Following close behind was the 2021 World Champions Anastasia Mishina and Aleksandr Galliamov who received a score of 82.76 yet another personal best for the pair who have risen through the ranks since their senior debut.

The sole Australians to compete on day 14, Breeana Walker didn't have the best start to her second event, pairing with Kiara Reddingius in the two-woman bobsleigh event.

After the first heat, the Australians sat in 15th with a time of 1:01.98, putting them 0.94 seconds behind first placed German duo Laura Nolte and Deborah Levi.

They faired better in the second heat with the 11th fastest time albeit a slower time coming in at 1:02.11 for a total time of 2:04.09. Now sitting in 12th overall the Australians are over two seconds off the pace but they could get back inside the top 10 or even scrape into the top five with particularly dominant performances tomorrow.

Laura Nolte continued to dominate as she's done for much of this season breaking the track record in her second run with a time of 1:01.01 to have a total time of 2:02.05 exactly half a second ahead of her country-women and 2018 two-woman bobsleigh Olympic gold medallist Mariama Jamanka and her new brakewoman Alexandra Burghardt.

ROC goes through in an eight shot shoot out

Both of the men's Ice Hockey semi-finals were close calls for the respective victors, Finland and the ROC, with Finland winning 2-0 and the ROC getting the job done in a shootout.

Finland had the easier time, facing off against Slovakia, the Finnish went 1-0 up in the first period and struggled to capitalise on their powerplay moments including a three of five situation to stretch the lead against Slovakia.

The second goal came late in the match, after the Slovakian coach pulled their keeper to give them a five on six advantage with a minute and a half to go, all the while leaving an empty net. An opportunity Harri Pesonen pounced on to score to go 2-0 up and secure Finland's place in the gold medal match.

ROC also went up 1-0 early in its match with Anton Slepyshev scoring the first goal of the match early in the second period, however, Sweden wasn't prepared to go down quietly and came close to matching ROC's shot attempts with just six shots on goal fewer at 35.

The Swedish managed to strike in the third period levelling the scores and with neither score managing to put a second goal away the match went into overtime.

With a place in the gold medal match on the line neither side was willing to give an inch, with even the net falling victim to the competitive play.

Ultimately the match went to a shootout and while it looked like it was Sweden's early, going 2-1 up, ROC managed to level and after eight penalty attempts each, Arseni Gritsyuk managed to put one away to give ROC the chance to defend its gold medal from 2018 (under the name Olympic Athletes from Russia).