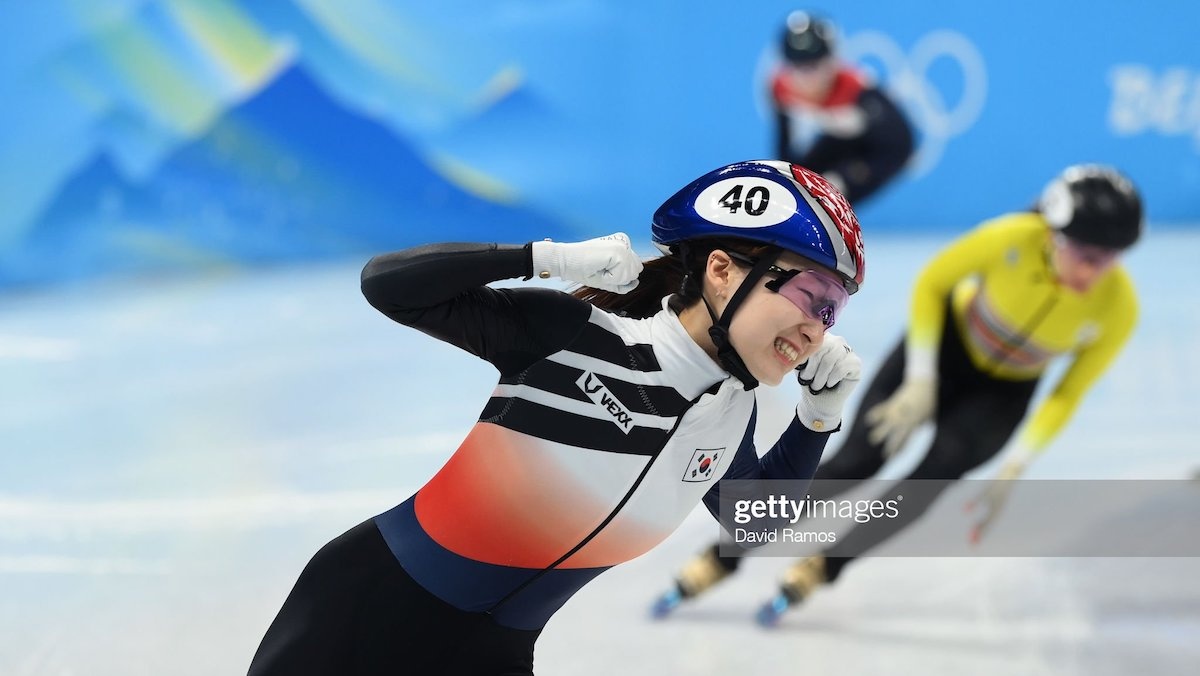 Day 12 of Beijing 2022 saw Choi Min-jeong go back-to-back, while Finland took bronze in the Women's Ice Hockey and the United States have been bundled out of the Men's.

Finland has won the bronze medal playoff against Switzerland, to take home the medal and make it six for the nation so far in Beijing.

Tensions were high early in the contest, with Nelli Laitinen copping a hockey stick to the neck. She was okay to continue playing and even got in on the goal-fest in the third period.

Just over halfway through the first period, Viivi Vainikka put the first score on the board for Finland and gave her country the early advantage.

The second period saw Finland well and truly in control, but was unable to extend that lead from just one goal. Things only got feistier in the second, with Finland in front the referees had to separate players multiple times.

In the third, during Switzerland's Powerplay, Finland scored through Susanna Tapani to move up, 2-0.

Another goal, this time from 19-year-old Laitinen, with less than six minutes on the clock all but sealed the game and bronze medal for Finland, who was the superior nation on the evening of Day 12.

If the third goal hadn't started the celebrations, the fourth certainly did Michelle Karvinen put another in the back of the net, for a 4-0 win.

The medal match followed a tense day of Men's quarter-finals, which opened with a thrilling victory for Slovakia against the United States, 3-2.

Down 2-1 until the dying seconds of the match, Slovakia sacrificed their goalkeeper to score and tie the game with less than a minute on the clock in the third period.

The two sides could not be split in overtime and it went to a penalty shootout, where Slovakia scored the first and only score of the shootout to send America packing in the quarters.

The night on the Short Track Speed Skating rink started with the quarter-finals and semi-finals for the Women's 1500m.

In the women's quarter-finals, the fifth race was where things got very interesting, with the three automatic qualifiers all registering the fastest three times of the night, to that point.

The second semi-final was considerably faster than the first, by more than three seconds, before the defending champion from Pyeongchang had something to say about that time.

In the third semi-final, Korean skater Choi Min-Jeong sped her way to an Olympic Record and a spot in the Olympic final later that evening, skating the 1500m in 2:16.831.

However, before the fastest women would take to the track for the final, the men slid in for the 5000m Relay finals.

In the B Final, Hungary just got its toe over the line ahead of the Netherlands, who led for much of the 5000m race.

The medal race was next and Canada moved two steps up from their finish in Pyeongchang, with the team taking Gold with a time of 6:41.257.

Canada had a considerable lead at the final change, such that not even the fast sprinters on the Korean team could chase the team down. Korea took Silver, while Italy finished in the bronze medal position.

Min-Jeong took out Gold, going back-to-back in the 1500m after her success in Pyeongchang. It was an impressive finale to the night of competition, with her time of 2:17.81 about one second off the new Olympic Record she set earlier in the night.

It was a photo finish for Silver and Bronze though, with Italian Arianna Fontana and the 1000m gold medallist Dutchwoman Suzanne Schulting take out the respective medals.

Round robin Curling action continued at the National Aquatics Centre, with few matches remaining there was plenty to play for as only the top four nations qualify for semi-finals.

In the Women's, Switzerland continued its strong run with another convincing victory over Korea, to stay on top of the standings and qualify for the knockout stages.

Canada won again, a 7-6 win over the United States, to move into third. China also picked up a win, its third of the competition.

Over in the Men's event, three nations have qualified for the semi-finals, Great Britain, Sweden and Canada.

So far, the top two have only dropped one match, with Great Britain taking a win over ROC, 8-6, today.

With one match to come, the United States can confirm its place in the knockouts with a win over Denmark on Day 12. However, should it lose, Italy, Norway or Switzerland could steal the position.

BEIJING 2022 DAY 11 ON ICE: LADIES AND GENTLEMAN WE HAVE A PODIUM SWEEP

DAY 10 ON ICE: BREEANA WALKER IN FIRST EVER OLYMPIC MONOBOB

Germans have the speed in bobsleigh training

On the Bobsled track, there was training for the Four-Man and Two-Woman Bobsleigh competitions.

The German teams are leading the competition, with the sleds piloted by Francesco Friedrich and Christoph Hafer hitting close to the 59-second mark in the opening training run, finishing in 59.06 and 59.09 respectively.

Johannes Lochner's sled is also in good form early, racing a 59.29, which had them ranked fourth in training heat one.

Canadian sled, with pilot Justin Kripps, split the second and third German sleds, with a time of 59.27.

In the second training heat, Hafer's team finished fastest, though slower than their opening run - 59.34.

The ROC sled, with pilot Maxim Andrianov, went faster in their second training run (59.53), as did Chinese sled piloted by Li Chunjian (59.60).

It was day two of training for the Two-Woman sleds, with the Australian team, piloted by Breeana Walker opting to skip the two heats on Day 12.

The German sleds were also fastest in the Two-Woman training heat three, with Laura Nolte and Kim Kalicki under 1:02 seconds, and Mariama Jamanka just behind them with 1:02.05.

Nolte and Jamanka were among the fastest again in heat four, Canadian Christine de Bruin ran 1:02.08 and 1:02.35 in her two runs today.

There are two final training heats on Day 13 before the competition officially begins on Friday.