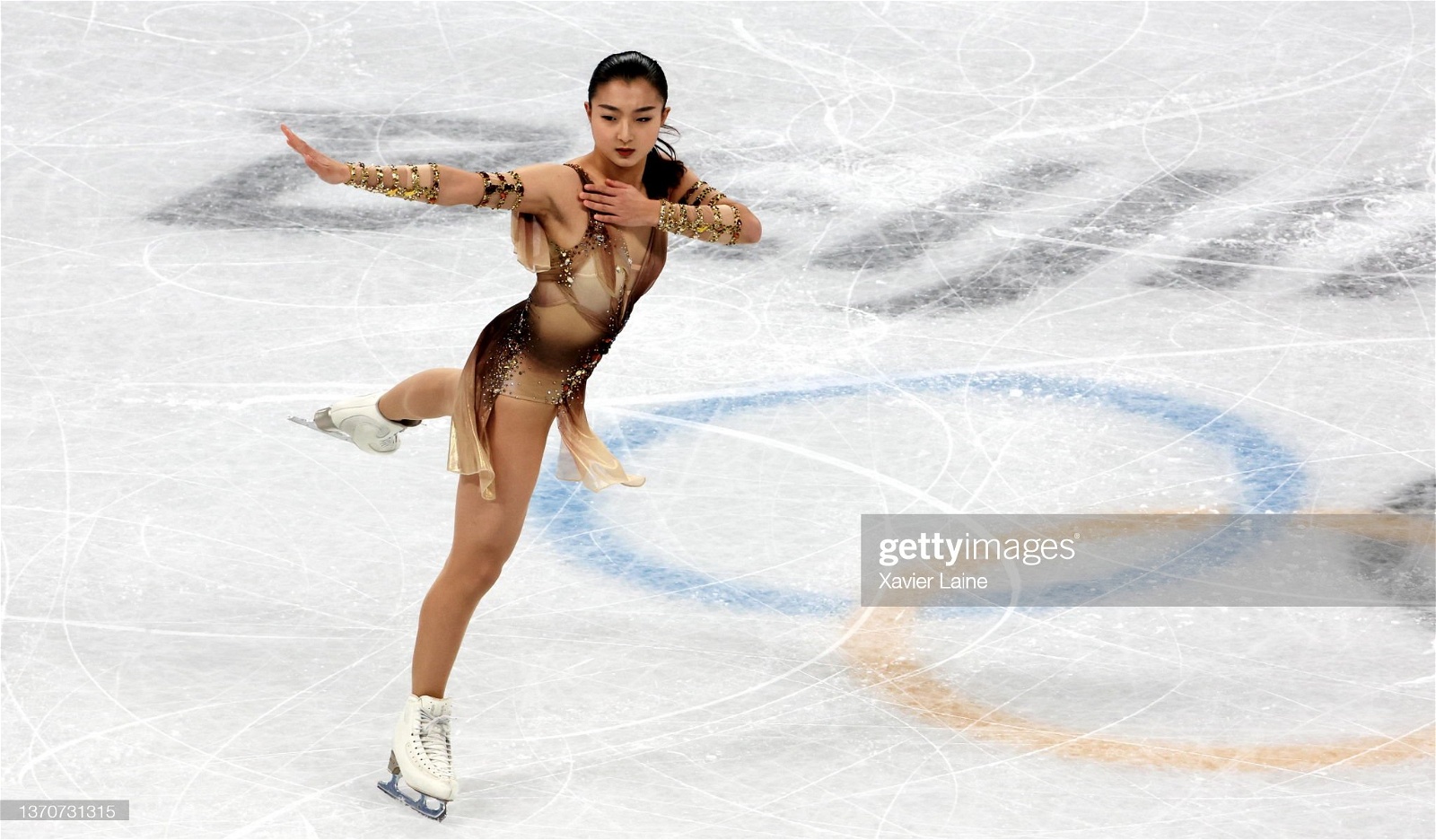 Beijing 2022 Day 11 On Ice: Ladies and Gentleman we have a podium sweep

It was a busy day on ice on day 11 of Beijing 2022 with the first podium sweep of this Olympics being won by Germany in the two-man bobsleigh, the women's figure skating short program started.

Beijing 2022 Day 11 On Ice: Ladies and Gentleman we have a podium sweep

It was a busy day on ice on day 11 of Beijing 2022 with the first podium sweep of this Olympics being won by Germany in the two-man bobsleigh, the women's figure skating short program started.

It was a busy day on ice on day 11 of Beijing 2022 with the first podium sweep of this Olympics being won by Germany in the two-man bobsleigh, the women's figure skating short program starting and the Speed Skating team pursuit medals getting decided.

Kailani Craine was the only Aussie in action in the ice sports, competing at her second Olympics in the women's singles figure skating.

Australia's Kailani Craine's performance in the short program didn't go the way she wanted to, skating to Blondie's Heart of Glass she put it out there but was come undone by her opening jumping pass which was intended to be a triple lutz but she doubled.

As a result, it was called an invalid element and she received a zero score for the jumping pass, she was the sole athlete to perform the triple loop+triple loop combination but the second just was called under-rotated and impacted her score further. She received a total score of 49.93 to finish in 29th missing out on the top 25 by 7.04 points.

It was a battle between the Japanese and the athletes from the Russian Olympic Committee at the top of the pack with Kamila Valieva, who may be disqualified in the coming months, winning the day with a score of 82.16, despite having a hand down on her triple axel and having a double-loaded combination jump.

Anna Shcherbakova was in second who skated relatively clean and scored an 80.20, performing her best skate of the season so far. But the crowd favourite was the third-place skater Kaori Sakamoto who scored 79.84 with an impeccable program.

Alexandra Trusova sits in fourth with a score of 74.60, placing ahead of Wakaba Higuchi (73.51) despite having a fall on her triple axel attempt, even though Higuchi's triple axel was clean.

It was a contentious result for fans, former athletes and newcomers to the sport who will likely be talking about this event well past the women's short program and the free skate on Thursday is likely to be just as contentious.

Germany breaks out the brooms for the Bobsleigh

In the two-man bobsleigh Germany was already the hot favourite to take out gold, silver and bronze but for the first podium sweep of Beijing 2022 to come in the early hours of Wednesday morning in the second week of the Games.

Francesco Friedrich and Thorsten Margis took out the gold medal breaking two track records in the process for a total time of 3:56.89 finishing just under half a second ahead of their fellow countrymen Johannes Lochner and Florian Bauer who finished with a time of 3:57.38.

The silver medallists had an even bigger lead over bronze medallists, Christoph Hafer and Matthias Sommer, who had a time of 3:58.58.

All three teams will also be competing in the four-man bobsleigh and a second podium sweep in Beijing is on the line with Friedrich and his team the favourites to take gold again.

The event started with the semi-finals with Japan and ROC going head to head and Canada coming up against the Netherlands in the women's.

Japan dominated ROC in its semi-final beating them by 6.99 seconds slower than the Olympic Record that was set in the quarter-finals. Canada and the Netherlands had a closer battle with Canada winning by 0.98 seconds.

The bronze medal race was closer for the ROC but they couldn't get ahead of the Netherlands who finished at a time of 2:56.86.

In the gold medal race, Japan led from the start and Canada had to fight its way back into the race, eating into Japan's lead at every split. It all came down to the final turn when Japan's Miho Takagi crashed resulting in her finishing 11 seconds after the Canadian trio finished. It was an incredible race with Canada additionally setting a new Olympic record with a time of 2:53.44.

The first shock the men's came in the semifinal with the ROC beating the correct World Record holders, the United States in reasonably convincing fashion, setting a new Olympic Record with a time of 3:36.62 to advance to the gold medal race.

Norway put up a clean performance to beat the Netherlands by 1.34 seconds to advance to the gold medal race and the Norwegians had plenty left in the tank while the Russians looked like they'd already skated their final after the semis.

The United States took out bronze with a time of 3:38.81 claiming their second Speed Skating medal of Beijing 2022, while Norway bested ROC by 2.38 seconds to claim its first Speed Skating gold of the games.