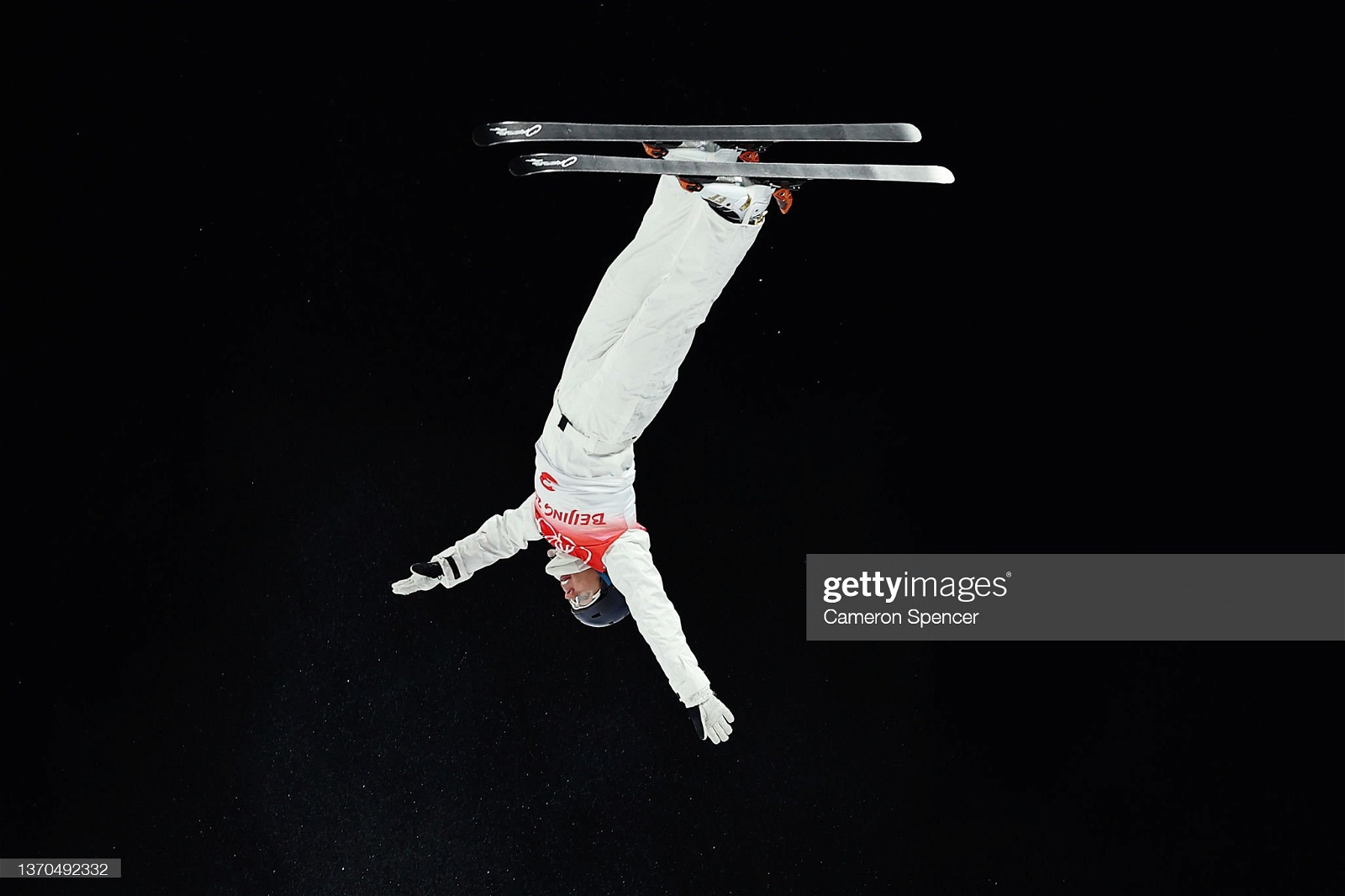 For the Aussies, Tess Coady and Matthew Cox were back in action in the Snowboard Big Air event, while Abi Harrigan made her Olympic debut in the Ski Slopestyle and the trio of Laura Peel, Danielle Scott and Gabi Ash all took flight in the aerials.

One of the most highly anticipated events for the Australians was the women's Aerials competition that would see three-time Olympians Danielle Scott and Laura Peel and Olympic debutant Gabi Ash take to the air in the hope of claiming another medal.

The plan looked on track with Peel earning the highest score in qualification receiving a score of 104.54 and Scott having the fourth best score with a 96.23. However, Ash didn't make the first cut, only scoring a 77.17 and had to go through a second round of qualification for the hope of reaching the final.

While her 80.04 wasn't enough to qualify through to the final Ash confidently landed one of the cleanest jumps of the competition and just wasn't able to get over 82 to get into the final due to her low difficulty score.

Next up was the first final which would see the field cut from 12 to six after two jumps, neither Peel or Scott managed to land their first attempts both scoring suboptimal scores, and Scott couldn't improve upon her initial 71.23 with her second jump. However, Peel upped the difficulty and it worked to her advantage because even though she didn't get a clean landing down, she did score 100.02 points, qualifying for the final two in fourth.

It was going to be a tough final with four of the six competitors, including Peel, all attempting the back full-full-full and while Peel's form in the air was the best of the four that attempted it, a poor landing sent her into fifth with a score of 78.56.

Of the four attempting the back full-full-full, Xu Mengtao was the only skier able to successfully land it, scoring a massive 108.61 to win the gold medal while 2018 Olympic gold medalist Hannah Huskova took out the silver with a back lay-full-full scoring 107.95.

Rounding out the podium was the United States' Megan Nick who attempted a back full-double full to score 93.76.

Both Tess Coady and Matt Cox were in action in the Snowboard Big Air events on day 10 with Coady making her second final, while Cox struggled to get down multiple clean jumps.

The women were up first and Coady opted to play it safe, with her first run being her most difficult trick hitting a frontside-double-under flip-indy scoring 74.00 and in her second and third runs she threw down two backside 720s with different grips to score 54.75 and 62.25 respectively with the best two scores standing for a combined total of 136.25 to qualify for the final in seventh.

The best performer of the women was Zoi Sadowski Synott (NZL) who hit the biggest trick of the day a frontside-double-cab-1080-melon to score a huge 91.00 which combined with her next best score came to a total of 176.50.

Big Air gold medallist from Pyeongchang Anna Gasser (AUT) also qualified in the top 12 with a total of 153.50 just ahead of Coady in sixth.

In the men's competition, Matt Cox was the sole Australian and looking to redeem himself from the Slopestyle competition he went big on his first skill attempting a 1260 that he couldn't get to stick and scored 56.25. His next attempt scored 19.00 but didn't stand as a score despite scoring higher than his third run, 13.75 to finish with a total score of 70.00, to finish in 28th.

Not many people would be walking much with a fractured fibula but Abi Harrigan wasn't going to let an injury keep her from making her Olympic debut, competing in the Ski Slopestyle after withdrawing from the Big Air event last week.

It wasn't an easy run with the Australian playing it safe hitting clean rail sections but not daring to attempt much more than a 180 in the air, looking to not exacerbate the injury. In her first run, she scored 16.10 not attempting the final air section.

She could have ended her day there but Harrigan went for it again improving her score with a 26.31 hitting all six sections, it's not confirmed as of right now whether she will withdraw from the halfpipe competition as well but it was a heroic debut Olympic performance.

At the top of the table was Estonia's Kelly Sildaru who scored 86.15 in her second run and she was followed closely behind Norway's Joanne Killi with an 86.00. However, all eyes in the final will be on Eileen Gu who sits in third after qualifying with a 79.38.

Austria soars onto the podium

The men's team ski jumping final was a battle between Austria and Slovenia who went under the radar in the individual events with only Austrian Manuel Fettner claiming an individual silver medal in the Normal Hill individual and Slovenia winning gold in the Mixed Team event.

Austria dominated the second run, scoring 484.3 for a total score of 942.7 but it was German Karl Geiger who put up the biggest individual score with a 137.5.

Germany snuck onto the podium, knocking Norway off after the second round scoring 476.4, the second-best score of the day to have a total score of 922.9