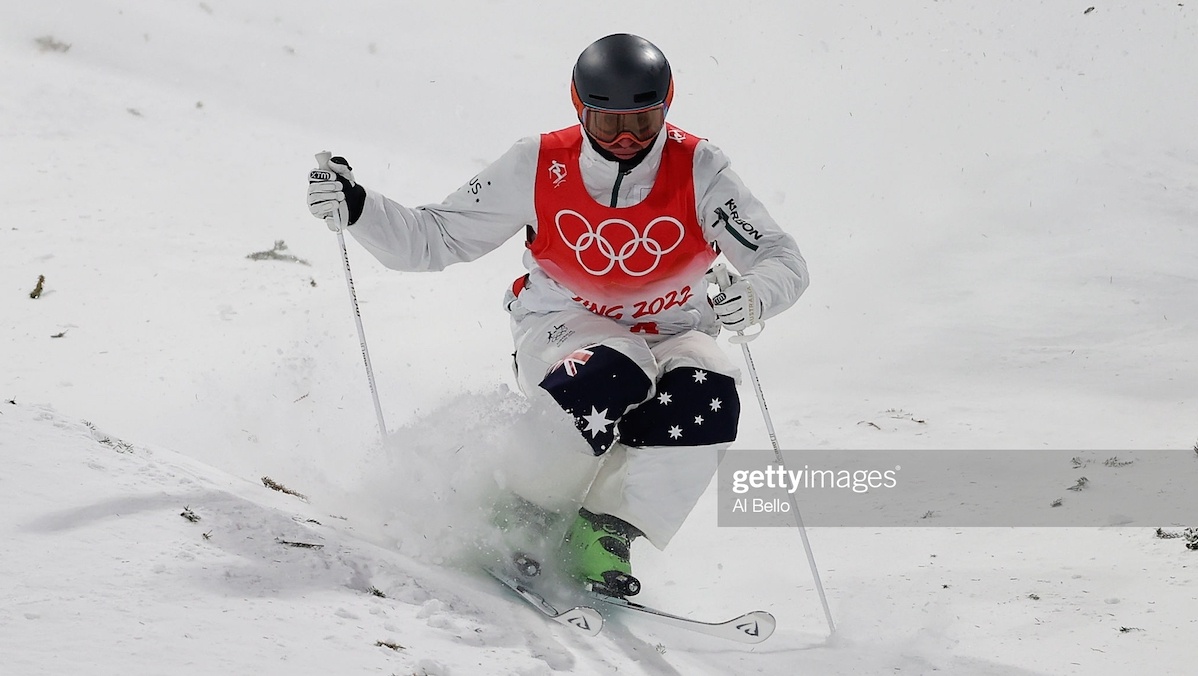 Beijing 2022 Day 1 Snow Report: Elation and heartache for Aussies on the Moguls

The Beijing 2022 Olympics is officially open and Day One of competition saw plenty of action on the snow, catch up on it all with the Snow Recap.

Beijing 2022 Day 1 Snow Report: Elation and heartache for Aussies on the Moguls

The Beijing 2022 Olympics is officially open and Day One of competition saw plenty of action on the snow, catch up on it all with the Snow Recap.

With the Beijing 2022 Winter Olympics officially opened on Friday evening, catch up on Day One of competition and the first medals awarded with the Edge of the Crowd's Snow Report.

There were Australians in action everywhere, including Tess Coady qualifying for the final 12 in the Snowboard Slopestyle, Jess Yeaton in the Cross-Country Skiing and four men on the Moguls course.

The highlight of the day for Australia though, was young 21-year-old Cooper Woods-Topalovic making the Moguls Super Final at his Olympic debut.

We have our first gold medallist...

In freezing cold conditions, with blustery winds, the race had a chaotic start, but as the pack spread out the Nordic nations moved to the front.

Johaug took control of the race after the opening lap and then dominated the field from half-way switch from classic style to freestyle.

Australian Jess Yeaton finished in 31st with a time of 48:54.0, 4:40.3 behind the Olympic Champion, and improving her Skiathlon result from Pyeongchang by 19 places.

The first run of the Final begins on Sunday at 12:30 pm AEDT.

Woods-Topalovic - the pride of Australia

There was heartache on the moguls course with only two Aussie athletes progressing to the finals, but Australia found a new young man to be proud of with Cooper Woods-Topalovic making the Moguls Super Final on Day One.

To start the night of moguls action Brodie Summers and Cooper Woods-Topalovic improved their scores from Thursday night's first qualifying run, with a 77.93 and 76.64 respectively in qualifying two.

Despite falling over the finish line, Woods-Topalovic bettered his opening score by 2.09 after picking up the pace and was absolutely stoked with his score.

They were big enough to secure the pair second and fourth place in qualifying two, which saw them move through to the first final.

James Matheson put down a solid run and improve his score to 73.20, but unfortunately, it wasn't enough to progress, he finished 24th overall. He also announced his retirement from the sport in his post-race interview, sharing that "it's a young man and woman's sport" that his 26-year-old body just isn't up for anymore.

Sadly Matt Graham, who broke his collarbone just weeks out from the Games, had an untidy landing out of his first jump that led to a messy middle section and scored just 65.13.

It was an incredible achievement to even put down a run in Beijing, but the determined man will be disappointed with his finish.

Woods-Topalovic went on to go big in Final One, moving into the last 12 with a score of 77.58. It was a nervous wait for Summers, but he too made it through to the second run with his score of 76.15.

In Final Two, Summers scored a flat 75.00 which would not be enough to move through to the Super Final, but 10th place was his best result at an Olympics.

Meanwhile, Woods-Topalovic set 77.22 and was well-positioned to advance, which he did in fifth place.

The 21-year-old on Olympic debut went bigger again with 78.88, just 0.02 behind the first skier of the Super Final, American Nick Page. However, the runs just got bigger and better, and Woods-Topalovic finished sixth.

Second-last skier Mikael Kingsbury moved to the top of the standings with a score of 82.18, but along came another 21-year-old, this one dethroned the King of Moguls.

Walter Wallberg flew down the course, with clean turns and big jumps and the Swede won the country's first medal in Moguls, a Gold. Ikuma Horishima of Japan took home Bronze.

Australian Tess Coady secured her place in the Final with a solid second run that scored 71.13.

After getting "smoked" at training, Coady was sore and a little conservative in the freezing temperatures and strong winds during qualification. Her second run score held her in good stead, qualifying eighth for the Final.

She has plenty left in the tank for the three Final runs tomorrow, and if she can execute, she'll be pushing for Olympic glory.

Zoi Sadowski Synnott qualified first with a massive score of 86.75 on her second run, sending the reigning World Champion from third after the first run to the top of the standings for the Final.

She is poised to create history on Sunday, aiming to become the first New Zealander to win a gold medal in any sport at the Winter Olympics.

Japanese teenager Murase Kokomo also broke the 80-point barrier with an 81.45, while three snowboarders over 30 rounded out the top five, including defending Olympic Champion Jamie Anderson.

The first event of the Biathlon competition in Beijing was the Mixed Relay 4x6km, and in an incredible finish Norway has taken out Gold ahead of France who took home Silver and ROC, who settled for Bronze.

There were just 0.9 seconds between first and second, with ROC just 0.6 seconds further behind in third, making for a thrilling final stretch of skiing.

Norway started strong in the opening leg of the race, but in the second, missed shots from Tiril Eckhoff resulted in three laps of the penalty loop. Incredibly, she was just 30 seconds behind the leader in France at the second exchange.

At the final changeover, ROC was ahead, France 17 seconds behind with the United States and Norway following, but all within 30 seconds of the leader.

In a dramatic final stretch, Boe Johannes Thingnes moved to the front and stayed there, taking home gold for his team.

Urša Bogataj has claimed Slovenia’s first medal of the Games, winning the Women's Normal Hill Ski Jumping. Germany's Katharina Althaus took Silver for the second Olympics in a row and another Slovenian rounded out the podium, with Nika Križnar awarded Bronze.

Bogataj finished 2.2 points ahead of the German, with her compatriot 4.8 points further back.

The conditions were far from pleasant, incredibly cold negative temperatures and a challenging, chilly wind made competition difficult.

Japanese jumper Sara Takanashi surprisingly finished out of the medals, her 224.1 almost 15 points off the top level of the podium.

Earlier in the day in the Men's Normal Hill Qualification, Norway hold the top two qualification spots with Marius Lindvik and Robert Johanasson separated by 0.1 points.