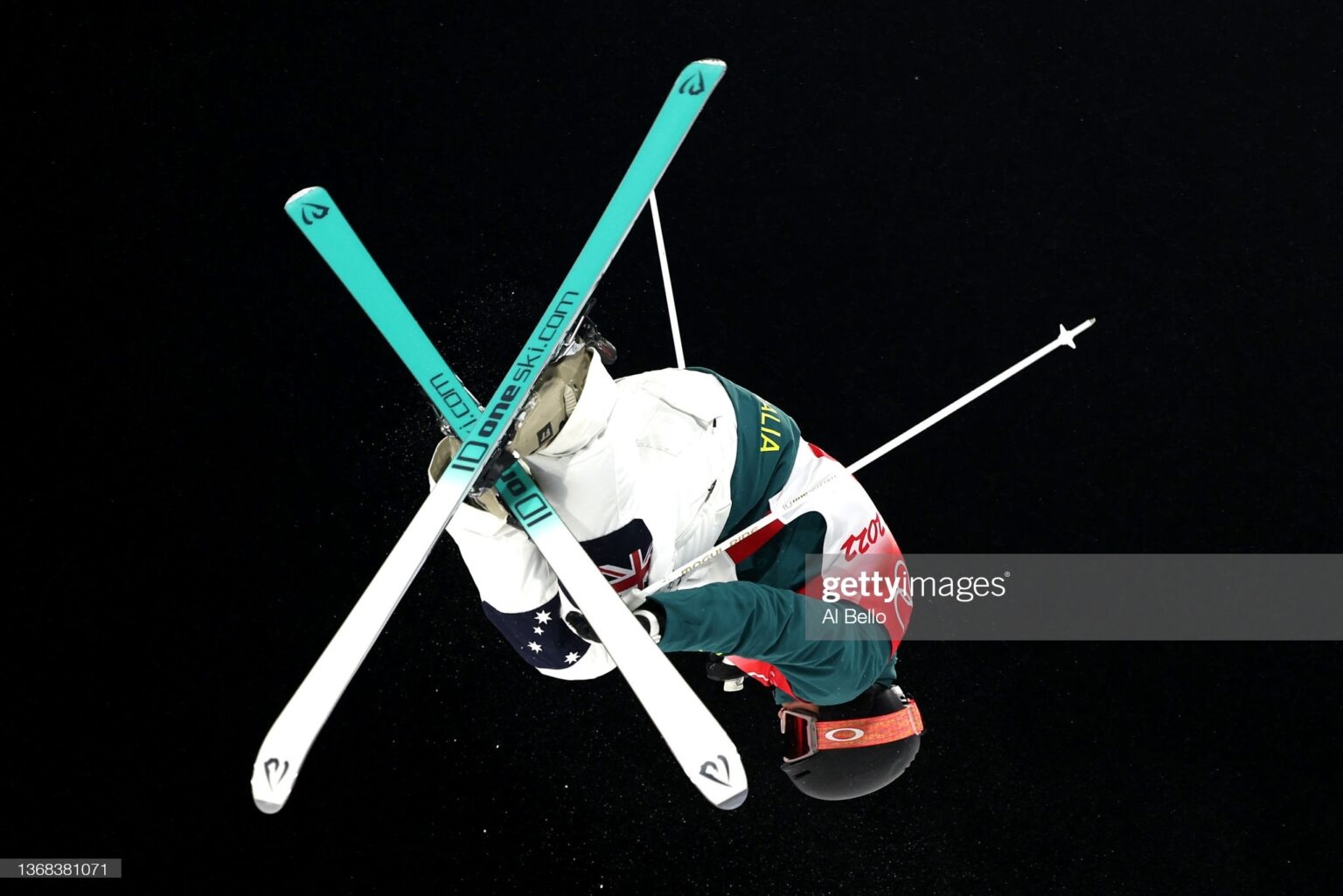 On Day -1 of Beijing 2022, Australian Moguls skiers showed their class with strong starts to their competitions, while Curling action continued.

On Day -1 of Beijing 2022, Australian Moguls skiers showed their class with strong starts to their competitions, while Curling action continued.

Jakara Anthony and Britt Cox booked spots in the Women's Moguls Finals with strong qualifying performances, while Dean Hewitt and Tahli Gill lost both of their matches on Day -1 of Beijing 2022.

Brendan Kerry and Laura Peel to carry the flag

Brendan Kerry and Laura Peel were named as the flagbearers for Australia for the Opening Ceremony tomorrow night.

Anthony stamps the competition with her form

Jakara Anthony came into the Winter Olympics as one of the favourites for a medal in the Women's Moguls, and one of the form athletes of the competition.

It took her precisely one run to prove that the expectations were spot on, as she was the top qualifier for the final.

Anthony's score of 83.75 led the field, while Britt Cox finished the first qualifying run in ninth with a score of 72.26, putting her straight through to the final in her fourth Olympics.

Australian debutant Sophie Ash made it through unscathed, finishing in 13th with a score of 69.36, while Taylah O'Neill's Olympics ended in heartbreak. O'Neill, who tore her ACL a month ago, was unable to finish her run in the course.

Anthony became the first Australian to ever lead a Moguls qualifying round with her performance tonight.

The second Qualifying run for Sophie Ash, and the finals for all three Australians will take place on Sunday night.

The Australian men did not fare as well as the women in the first qualifying run of the Men's Moguls.

Brodie Summers is the best-placed Australian in 11th, after scoring 75.66, while Olympic debutant Cooper Woods was just behind with a score of 74.65, leaving him in 14th.

James Matheson finished the first run in 20th with a score of 71.86.

Matt Graham, who was the silver medalist at Pyeongchang 2018 did not finish the first run, after losing control through the middle section. Graham stayed on his feet, which is critical after he broke his collarbone just weeks ago and is competing with 13 pins in his shoulder.

All four Australians will return for Qualifying Run Two on Sunday night.

Too Curly for Aussies

In their morning matchup against China, the Aussies fought hard.

After two ends, scores were level 1-1, before China started to pull away. Over the next three ends, the Chinese duo packed on the score, making it 4-1 after five ends.

The Australians fought back in the sixth end to make it 4-4, before maximising the seventh end and the power play in style.

The Aussies ended up falling slightly short, in the same fashion they did last night, to lose 6-5 to China at the end of the match.

In their later match, they were out of sorts early against the Czech Republic.

After getting on the board, the Australians continued to struggle, down 6-1 after five ends.

They managed to get one back in the sixth end, however, they needed to steal an end if they were to stand a chance of going to extra ends let alone winning.

However, the story only got worse on the seventh end with the Czech team scoring two points and the Aussies conceding with the lead near impossible to level. In the end, the score was 8-2 with the Australians yet to get a win on the board after three matches.

With another day of Luge testing on the Olympic track, Alex Ferlazzo continued his good form.

His time of 58.878 in the first run was enough to be the sixth fastest time, just 0.87 seconds Italian Dominik Fischnaller, who led the field.

In the second run, Ferlazzo was good enough for eighth, slightly slower than his first run, in 58.981.

Fischnaller was again fastest, in a warning sign to the rest of the competition.

There are another two training runs tomorrow for the Men's Luge.

In the Women's Ice Hockey preliminary rounds, Canada fired a warning shot to the competition, beating Switzerland 12-1, with 70 shots on goals, while conceding just 15 goals.

Across the other Ice Hockey matchups, the Czech Republic defeated China 3-1, while Japan beat Sweden by the same score.

Action continues tomorrow morning ahead of the Opening Ceremony at 11 pm AEDT.