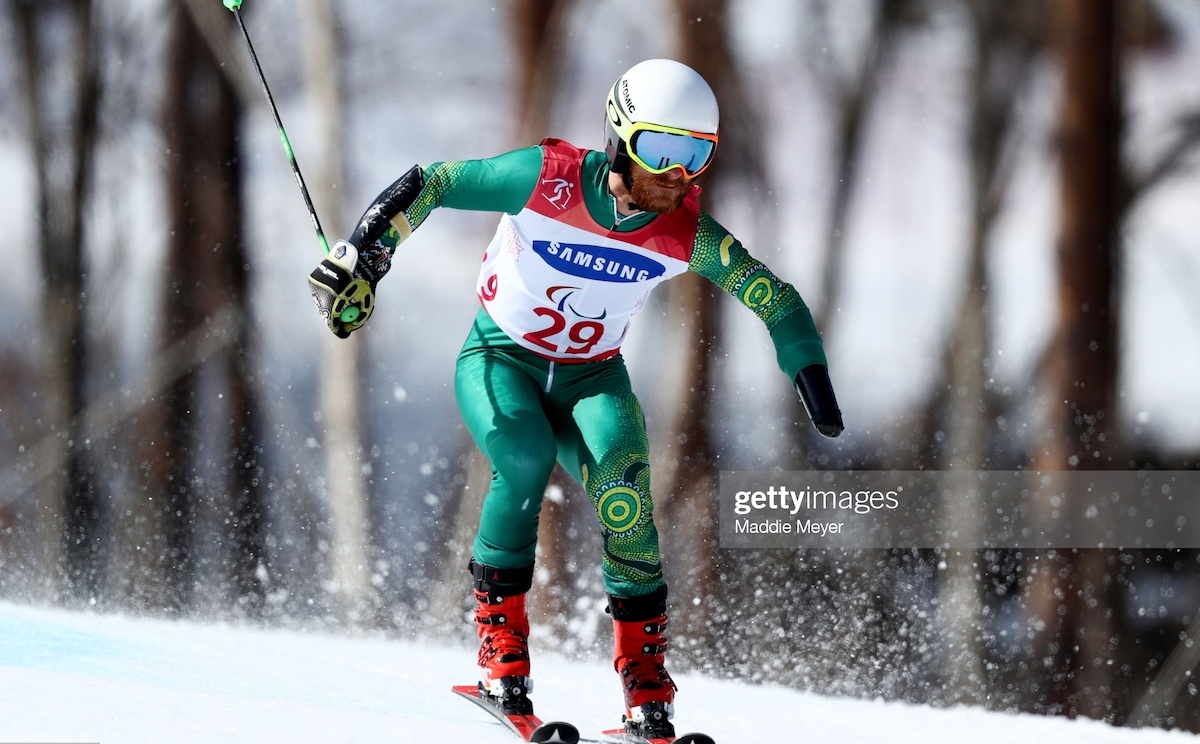 Two Paralympian's heading to their fourth Games headline a team of 10 Australian athletes selected for the Beijing 2022 Winter Paralympic Games.

Two Paralympian's heading to their fourth Games headline a team of 10 Australian athletes selected for the Beijing 2022 Winter Paralympic Games.

A pair of Paralympians going to their fourth Games headline a team of 10 Australian athletes selected for the Beijing 2022 Winter Paralympic Games, which begin on March 4.

Melissa Perrine, a dual bronze medallist at Pyeongchang 2018, and Mitchell Gourley are the most experienced athletes on the team and will be leading four Paralympic debutants.

Ben Tudhope, Australia's only snowboarder, will be going to his third Paralympics, after making his debut in Sochi 2014 at just 14 years of age. Now 22, he is still the youngest member on the team, but is finding more success on the circuit and will be competing for a medal in Beijing.

Tudhope won two gold medals at World Cup events in Sweden last weekend in para-snowboarding, to add to his tally of medals from finishing on the podium at every SBX Para World Cup event this season.

All other members of Australia's team will compete in Para-Alpine Skiing.

Sam Tait, Jonty O'Callaghan and Patrick Jensen will be travelling to their second Paralympics.

Tait competed in five events at Pyeongchang, finishing 11th in the Men’s Downhill Sitting, 17th in the Men’s Giant Slalom Sitting and he failed to finish the three other events.

After relocating to Switzerland in primary school, O'Callaghan started practicing snow sports and ultimately hit his goal of competing at the Paralympic Games in Pyeongchang. He also competed in five events, and will be pushing to improve his best results of 22nd in the Men's Downhill Standing and 23rd in the Men's Giant Slalom Standing.

This was meant to be Jensen's debut Paralympics, well at least that was the plan until he gained significant international experience in 2017 and competed in 2018 with sighted guide Lara Folk.

Now at his second Games, and with sighted guide Amelia Hodgson - who will be making her debut - the pair will be looking to build on his two seventh, and one ninth placing at the 2019 Para Alpine Skiing Championships, when they compete in Beijing.

Jensen will compete in all three of his disciplines, the Men's Giant Slalom, Slalom and Downhill Visually Impaired events.

Paralympics Australia has announced a team of 10, including eight athletes and two sighted guides, for Beijing 2022. Photo: Snow Australia

Rae Anderson and Josh Hanlon are the other two para alpine skiers who will be making their debut in 2022.

Anderson is no stranger to the Paralympic stage. She finished fifth in the Javelin F37 classification at the Rio 2016 Summer Paralympics and will join the small club of athletes who have competed at both the Summer and Winter Games.

Hanlon is a former GWS Giants academy product, who spent four years in the system until a severe bacterial infection required double below-knee and right hand amputation. He went on his first trip with the Australian Para Alpine development squad in 2019/20 and has now qualified for his first Paralympics at Beijing.

Paralympics Australia Chief Executive, Catherine Clark, congratulated the athletes on their selection after a challenging two year build up to the Games.

“Being named in an Australian Paralympic Winter Team is an enormous achievement, but perhaps more so for these Games than any other,” Clark said.

“These 10 athletes have shown the very best of our Paralympic movement, displaying remarkable resilience and determination to remain at the elite level throughout all the challenges of the past two years."

The team will be led by Chef de Mission, Kate McLoughlin, who is the first woman to be appointed in the role for the Australian Paralympic Winter Team. She was Chef de Mission of Australia’s Teams at the Rio 2016 and Tokyo 2020 Summer Games.

“I’m so thrilled to be able to support our awesome Team at Beijing 2022,” McLoughlin said.

“We have a great mix of experience and athletes on the rise who now have the chance to show the world what they’re capable of and set a great example to all Australians.

“We have an amazing tradition of punching above our weight at the Winter Paralympics, stretching right back to the first Games, at Örnsköldsvik in Sweden in 1976, winning 34 medals, including 12 gold.

“It’s been a difficult lead-in to these Games, but I’m in awe of the tenacity our athletes have shown and I’ve got no doubt they’ll make Australia proud when they compete in Beijing next month.”