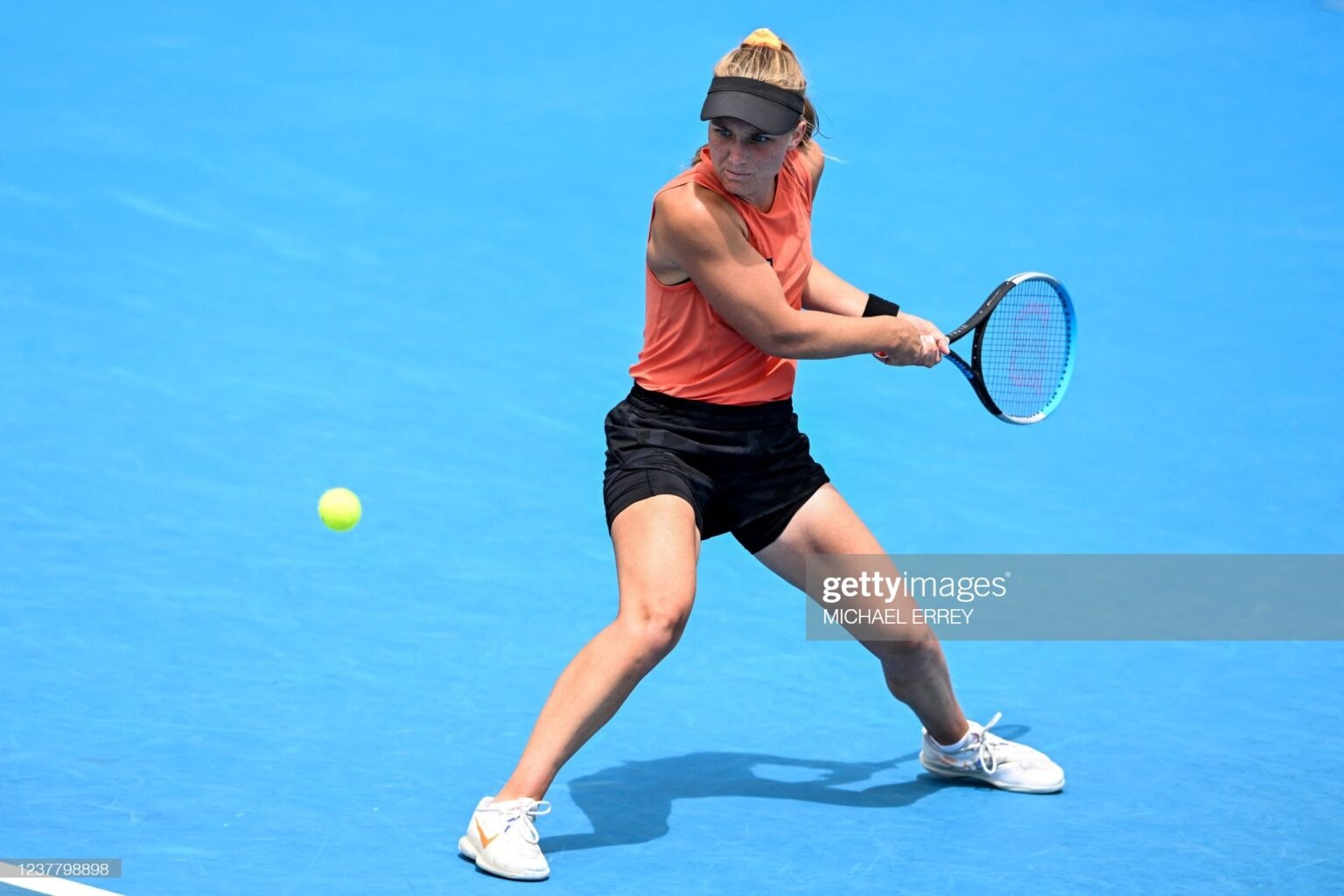 Day Two of the Australian Open had plenty of big storylines, with upsets, close shaves and home town heroes all part of the show.

Day Two of the Australian Open had plenty of big storylines, with upsets, close shaves and home town heroes all part of the show.

Day Two of the 2022 Australian Open lived up to the expectation set by the opening day, as the remainder of the men's and women's singles kicked off. There were plenty of Aussies on show, and Maddison Inglis became the latest sports star with that surname to make a name for herself.

Among the other players out on court, Felix Auger-Aliassime survived a five-set epic and Daniil Medvedev flexed his muscles to win through.

Aussies in Action - Maddison Inglis puts her own name in lights

Maddison Inglis was on court straight after Sam Stosur, so she enjoyed hearing the raucous cheers for Stosur as she won 6-7 (7-5), 6-3, 6-3 to keep her retirement tour away for a few days longer.

Leyla Fernandez was a finalist in last year's US Open and came into her first-round matchup against the 133rd ranked Inglis as a strong favourite.

Inglis fought hard and served well. She relied heavily on her first serve, and an occasional trip to the net. She only dropped three points on her first serve in the first set and took control of the match quickly.

Fernandez seemed to be unsettled, as she had 19 unforced errors in the first set, while Inglis enjoyed the support of the home crowd.

Things didn't improve for Fernandez in the second set, as Inglis jumped out to a strong advantage. Inglis won 16 of the first 19 points of the set, including eight of nine on Fernandez's serve, breaking her twice to start the set.

In a matter of minutes, Inglis had a 4-0 lead in the set, and the young Australian held her nerve for the final two service games of the match.

The 6-4, 6-2 win is Inglis' first grand slam win in her fifth grand slam. She progresses to play world number 147 Hailey Baptiste in the second round.

The Australian women had a mixed bag day, with Stosur and Inglis winning, but others finding less luck.

Strom Sanders was good out of the gate, taking the first set from second seed Aryna Sabalenka before the Belarussian star turned it around.

Astrid Sharma was unable to keep up with Clara Tauson, who dominated the match and won in straight sets. Priscilla Hon was also bundled out by 31st seed Marketa Vondrousova.

Daria Saville was also eliminated from the singles draw, as she was beaten by Rebecca Peterson in straight sets.

Alex de Minaur overcame a slow start to win his first-round match against Lorenzo Musetti. The 32nd seed lost the first set 3-6, before storming home to win the last three sets, dropping just six games across the remainder of the match.

Alexei Popyrin was less lucky, as he fought a thrilling five-set battle against Arthur Rinderknech. Rinderknech was againstcrowd favourite Thanasi Kokkinakis in the final in Adelaide last weekand again had to play in a pro-Aussie crowd. This time, he did enough to silence the crowd and win the match.

Christopher O'Connell won through in strong fashion, taking four sets to progress to the next round.

Nick Kyrgios enjoyed his time on court, joking with fans as he won in straight sets over Liam Broady.

Alex Bolt fell to Alejandro Davidovich Fokina in straight sets and wasn't able to really get himself going.

Jordan Thompson also fell in a five-set thriller to Steve Johnson, after forcing a tie break in the first two sets.

Ninth seed Flexi Auger Aliassime stepped out onto the court today against Emil Ruusuvuori, to begin his Australian Open campaign. He almost appeared to be headed for a swift exit, as he was challenged by the Finnish player.

After three sets, Auger-Aliassime was down two, and staring down of a flight home and an ignominious exit.

He eventually found his rhythm, converting his chances in the final two sets to win the match and proceed through to the next round.

Daniil Medvedev and Andrey Rublev also each flexed their muscles to dominate their matchups and win through to the second round in straight sets.

On the women's side, Emma Raducanu won her first Australian Open match to progress, knocking out Sloane Stephens in three sets.