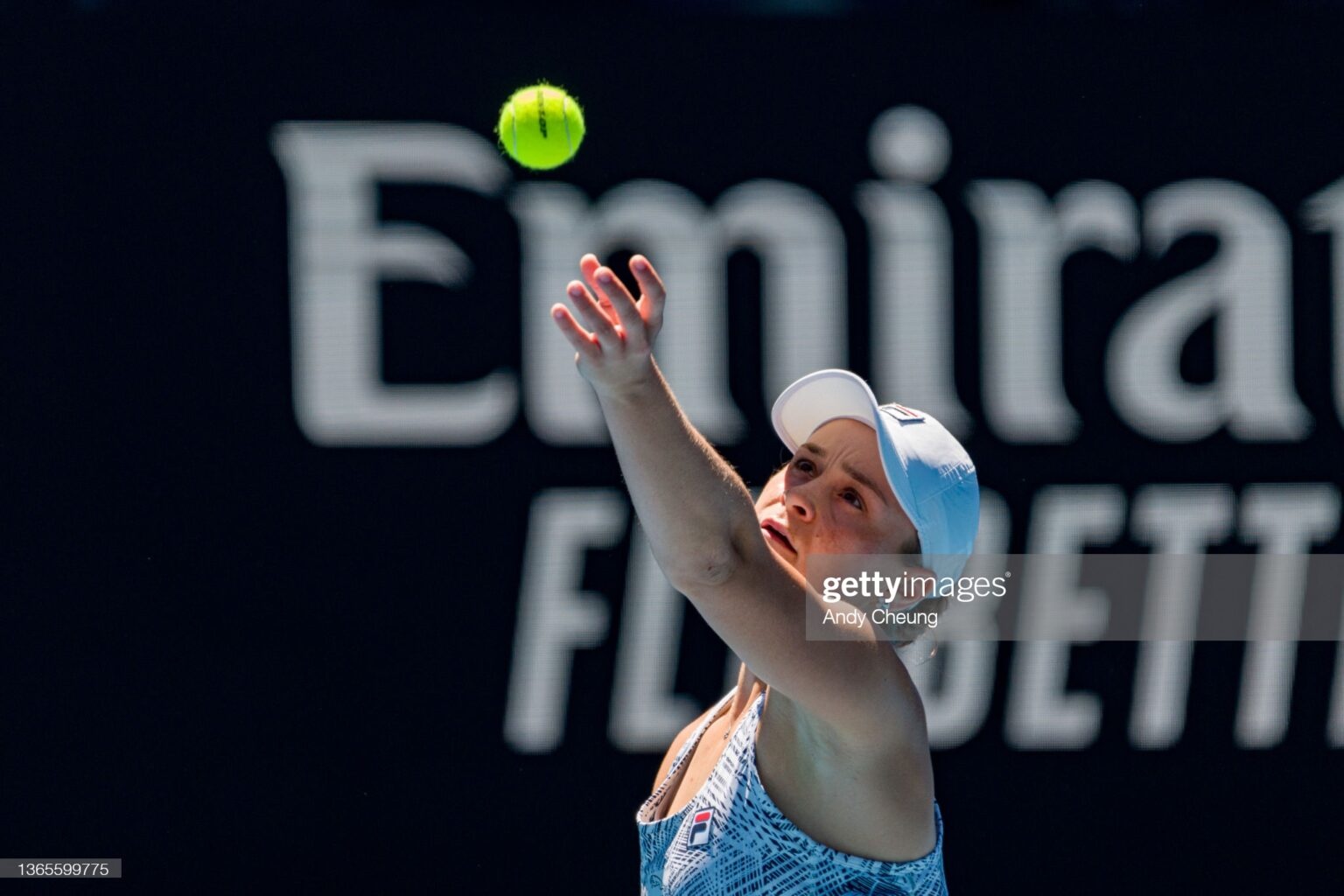 Australian Open Day Three continued the great action from Melbourne in what was a good day overall for the Australians.

Australian Open Day Three continued the great action from Melbourne in what was a good day overall for the Australians.

Day Three of the 2022 Australian Open continued to push Melbourne into the forefront of the sporting world and for Australia, it was a day to saviour with a lot of success. Ash Barty rolled through with ease along with the most exciting doubles pair of Nick Kyrgios and his best made Thanasi Kokkinakis.

Among other key players, Naomi Osaka smashed the ball hard from the baseline getting up over Madison Brengle of the USA. Gail Monfils also moved past the second round, cruising past Alexander Bublik of Kazakhstan.

Australia’s sweetheart Ash Barty continued her run towards the Australia Open title as she successfully pushed aside world number 142 Lucia Bronzetti of Italy. It was an expected win, but a win is nice nonetheless.

Bronzetti was never expected to even get close with her not even having a photograph on the Australian Open website. Bronzetti had only played 112 professional matches on the ATP circuit and was a qualifying entry to the Open.

She might have won her first match at the Australian Open against Russia’s Varvara Gracheva, but it just wasn’t to be against Barty who was far too experienced and far too powerful.

Barty only dropped two games through the match, those being the sixth of the first set and then the first of the second set.

Bronzetti won only one metric being the first serve although she only went on to win 40% of those compared to Barty’s 80%. Barty was too powerful with eight aces and averaged a very high 181kph on the first serve.

In the end, though it was a continuation of the warmup that is the finals for Ash Barty, she was expected to win this match and did so.

Things weren’t so good for John Millman who couldn’t get up over the top of number three seed Alexander Zverev losing in straight sets. Things went so bad that Millman didn’t win a single game in the final set.

John Millman is an extremely likable player although he has never really been able to get to that next tier of players. He is perhaps Australia’s hardest working player but doesn’t quite have the talent of a Nick Kyrgios.

Millman only got 57% of his first serves in going on to win 46% of those, it just wasn’t good enough to win. Where Millman did do well was winning the second serve which he did 21/30, however it just wasn’t enough to get past Zverev who moves onto round three as one of the favourites for the tournament.

In the only other singles match involving an Australian, the wildcard Aleksandar Vukic was defeated by Radu Albot in three sets. He was close to winning the second set with it going down to a tie break, but he couldn’t hold on to his service points with Albot running over the top.

In the doubles, Australia’s Nick Kyrgios and Thanasi Kokkinakis ran over the top of fellow countrymen Alex Bolt and James MaCabe in two sets moving through to the second round and having plenty of fun while doing it.

Australia’s pair of Seone Mendez and Taylah Preston went down in the women's doubles on court five losing to the French pair of Garcia and Mladenovic, while they came close only winning 32% of second serves was never going to be enough.

Jordan Thompson and Matt Reid went down to fellow Australians Rinky Hijikata and Tristan Schoolkate in a massive upset in the men’s doubles in three sets. While Thompson and Reid won the first set it wasn’t to be as they fell away to finish up their tournament.

Australia’s Alexi Popyrin went down in his men’s doubles match alongside his South African teammate. The final second set went down to a tie break, but Popyrin couldn’t hold on to a 2-0 early lead to eventually go down in straight sets.

Storm Sanders moved through to round two alongside her American teammate Caroline Dolehide coming home easily in two sets. It’s a welcome win after her loss yesterday in the singles.

Australia’s Alexandra Bozovic and Olivia Tjandramulia couldn’t make it through to the second round of the women's doubles event after winning the second set. Unfortunately, their opponents ran away in the final set winning easily.

Jamie Murray and Bruno Soares ran over the top of Australians James Duckworth and Marc Polmans in two sets in what was a comfortable victory for the number eight seeds.

At least one Australian was guaranteed victory but in this case, it was Ellen Perez alongside her teammate Greet Minnen from Belgium. The pair ran over the top of two Australians in Madison Inglis and Jaimee Fourlis.

After winning the first set, Australia’s Jason Kubler and Christopher O'Connell got the win against their Spanish opponents who retired halfway through the second set.

Sam Stosur continues to play well in the doubles alongside her partner Shuai Zhang of China who won against their Japanese and American opponents in three sets.

Two more Australians are through to the second round of doubles as Lizette Cabrera and Priscilla Hon beat their New Zealand and Canadian opponents in just two sets, a great effort for the underdogs.

Around Melbourne Park - Pablo Carreno Busta gets up in a thriller

We saw an epic five-setter today as Pablo Carreno Busta just got over the top of Tallon Griekspoor in a massive four hours and ten minute battle.

From a statistical front, the players were almost impossible to separate as both hit ten aces but won 46% of second serves and both would average around 70% regarding their first serve. It was truly one of the best matches we will see in this tournament.

The players traded sets one each the whole way through and that pattern continued with Carreno Busta winning the final one 6-4 to make sure he advanced to round three.

World number seven Matteo Berrettini was challenged by wildcard American Stefan Kozlov but eventually got over the top in four sets on John Cain Arena.

What an experience it would’ve been for the wildcard pick and 23-year-old to play on John Cain Arena and most importantly he held his own.

On the women's side, Madison Keys ran over the top of Jaqueline Cristian easily winning in two sets within an hour and 30 minutes. Keys didn’t play at her best though and will need to improve if she is to compete going forward.

Perhaps one of the favourites for the tournament, Naomi Osaka, Japan's 2020 Olympic flag bearer easily dealt with Madison Brengle of the United States.

Osaka was extremely powerful hitting eight aces in the match as well as smashing a total of 37 winners compared to her opponents four.

She might be the only realty competition that Ash Barty has to face in this tournament.