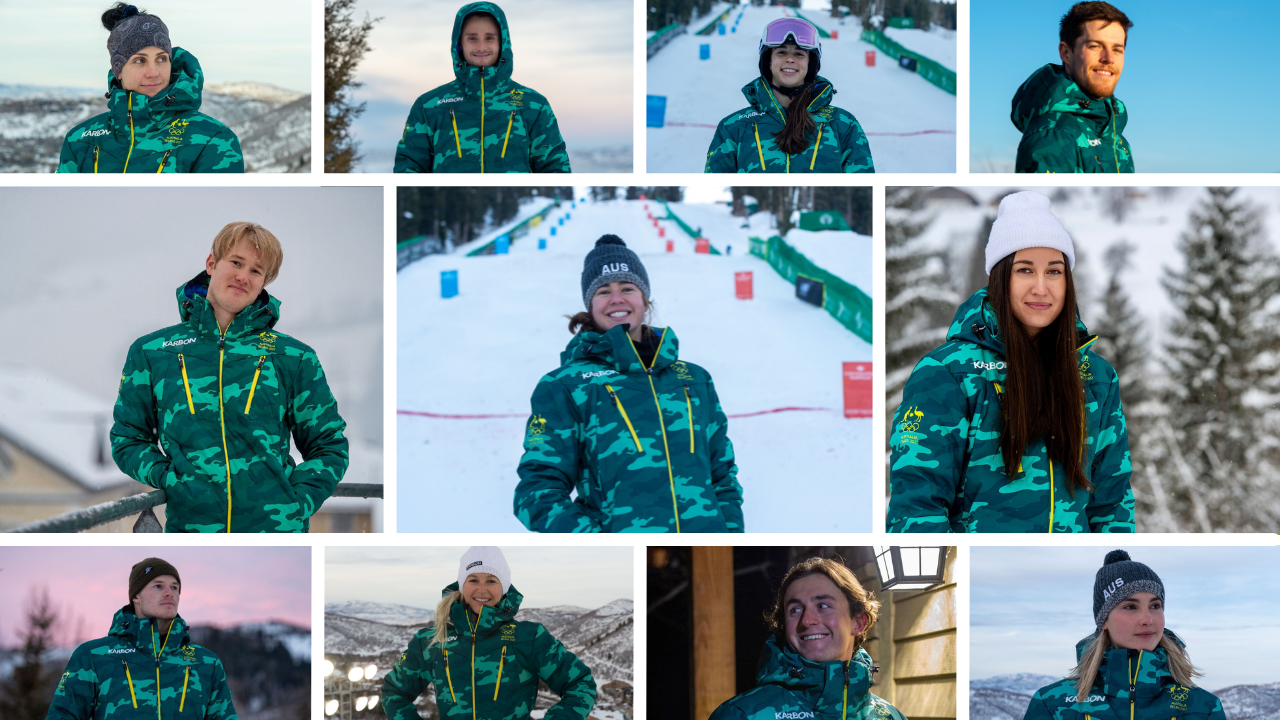 After a whirlwind of selection announcements this weekend, the Australian Olympic team has been finalised featuring 44 athletes including 24 returning Olympians.

After a whirlwind of selection announcements this weekend, the Australian Olympic team has been finalised featuring 44 athletes including 24 returning Olympians.

After a whirlwind weekend of announcement news, the Australian Olympic Team for Beijing 2022 has been finalised with 44 athletes selected to compete across 10 sports.

Chef de Mission for the Australian Olympic Team in Beijing, Geoff Lipshut congratulated the 44 athletes for making the team, commending their efforts in challenging times.

“Congratulations to all 44 athletes selected for the Australian Winter Olympic Team for Beijing,” Mr Lipshut said.

“All of these athletes have shown not just remarkable skill and tenacity in achieving their Olympic qualification on the snow and ice, but incredible resilience to overcome the challenges the pandemic has posed to them throughout this Olympic cycle.

“To make it to the starting line is a true achievement and I want to pay credit to all of these athletes.

“I also want to pay tribute to those athletes who may not have qualified due to the challenges of the pandemic – your contribution to your sport, your teammates and this Team will not be forgotten."

It's an incredibly experienced team this year with 24 athletes now selected more than once, includingTess Coadywho will officially make her Olympic debut in Beijing, after having to withdraw in Pyeongchang after she tore her ACL days before the Slopestyle competition kicked off.

Britt Cox and Scotty James will be attending their fourth Games, inMogulsandSnowboard Halfpiperespectively, both making their Olympic debuts at 15 years of age in 2010, with Cox the youngest athlete at the Olympics overall.

Cross Country Skier,Philip Bellinghamequals the most Games attended by an Australian in the sport by attending his third Games.

In the Freestyle Skiing,Sami Kennedy-Sim'sthird Olympic appearance in the Ski Cross is the most by an Australian in the event.

Meanwhile inAlpine Skiing, Greata Small is second only to Zali Stegall as she makes her third Winter Games appearance.

Mr Lipshut made a special mention of Cox and James in a statement finalising the team, recognising the rarity of reaching four Olympics.

“From Scotty James and Britt Cox joining rare air as four-time Olympians, to the 20 athletes donning an Olympic uniform for the first time, this Team will represent Australia with pride." he said.

“We saw the impact an Australian Olympic Team can have on the nation last July and I know millions of Australians will be inspired and uplifted by this Winter Team. With athletes from Townsville to outback Western Australia, from metro capitals to the regions, these 44 athletes are fantastic ambassadors for our country and for winter sport.”

This is in part thanks to the new events that have been introduced in 2022, including the Women's Monobob in theBobsleigh which sees Bree Walker a medal chance in the event.

As well as the Mixed Snowboard Cross event, which Australia has seen medal success in at the World Championships last year, withBelle Brockhoff and Jarryd Hughesteaming up to win gold.

Sophie and Gabi Ash are the first sisters to compete at the same Winter Olympics for Australia, with Sophie competing in the Moguls andGabi in the Aerials.

“While there will be 44 athletes realising their Beijing Olympic dream in Beijing, there is an enormous team behind each and every one that has made this possible", he mentioned.

“This Games cycle has thrown up enormous logistical complexities, for athletes to train, travel and compete in such a challenging environment.

“Each of the sports has been able to employ agile plans that have allowed these athletes to compete and qualify for the Games.

“Thank you to the Winter Member Federations, Australian Institute of Sport and state sport institutes, federal and state governments and the support staff, coaches, friends and families that have made this Olympic dream a reality for 44 young Australians.

“Thank you to the AOC sponsor family, for your ongoing support through what has been such a challenging environment for you as well. Through your support, 44 young Australians will get to represent Australia in Beijing, and millions of Australians will be inspired by the power of the Olympic spirit.”

The Freestyle Skiing is the largest team for Australia, which includes debutantAbi Harrigan, who is competing in the Ski Halfpipe, Slopestyle and Big Air events.

Meanwhile, the smallest teams contain just one athlete; Alex Ferlazzo in the Luge andBrendan Corey in the Short-Track Speed Skating.

Expectations are high for the Olympic team with the Australian Olympians winning medals across multiple sports this season, and many achieving personal best results just weeks out from the Games. However, Mr Lipshut shied away from agreeing withsome medal predictors that have Australia winning two Olympic gold medals.

"I think the athletes and the coaches that work with them, and staff have done a fantastic job and I’m really confident that our athletes have been given a great opportunity to succeed in Beijing," he told.

"So if we take one to three, and our history shows we’ve got five gold, five silver, five bronze, probably a great outcome would be one gold, one silver, one bronze, keep it equal, and we’ll have six of each after the Games end."

The 2022 Beijing Winter Olympics officially kick off on February 4 with the Opening Ceremony, however, you can catch the Australian curlers, Tahli Gill and Dean Hewitt on February 2 in their first round-robin match against the United States.